In this guide, you will come to know where to get the Toxin mods in Warframe. Go through the guide and follow the instructions carefully to get it.

It will not take you very long to get the melee one as it has a pretty good drop chance compared to the others mods in the reward pool.

To get the rotation rewards from a rush mission, you will need only to destroy one of the transports and let the others go.

The other 4 Base toxic element mods infected clip, fever strike contagious spread, and pathogen rounds can all drop as B rotation rewards from infested sabotage missions. To get the B Rotation rewards, you need to get at least 2 of the three hidden caches in the mission. 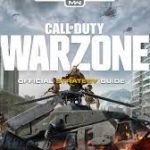 My Summer Car: Save Game (Great Car with lots of Money)