This guide will let you know how to easily complete horde wave 20+ solo in the Zombie Army game.

Divine Blast will be good at knocking down the groups of enemies and it also gives you health back when used. Choose Boris as your character, his special melee recharges quicker which means we can use Divine Blast to regain health even more often. Start the game and collect the medkit. 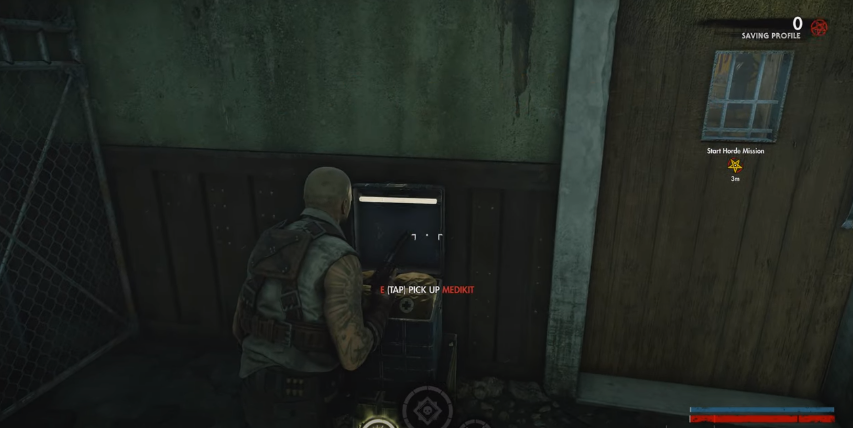 Pick up the grandes front the creates but don’t pick any gun. Just stomp the zombies in the first wave. 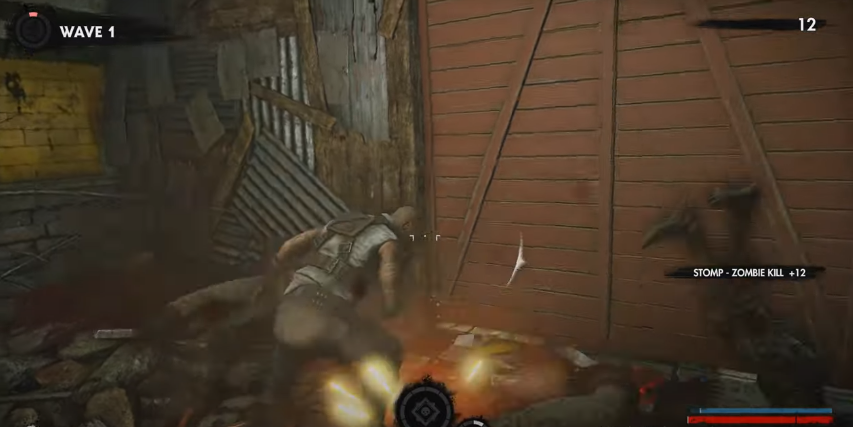 Wave 2 will introduce a new type of enemies, they can be suicider or creepers. You can use the pistol to fire them up.

Watch out for the downed zombies with medic symbols above them. Stomp on these zombies to release a medkit that you can pick up later.

Wave 3 and 6 will open up new areas, make sure to set traps for the enemies that will come through the newly opened door. When a new area opens or new supply drop is received, the ammo crate will soon be moved. So restockt it while you can. 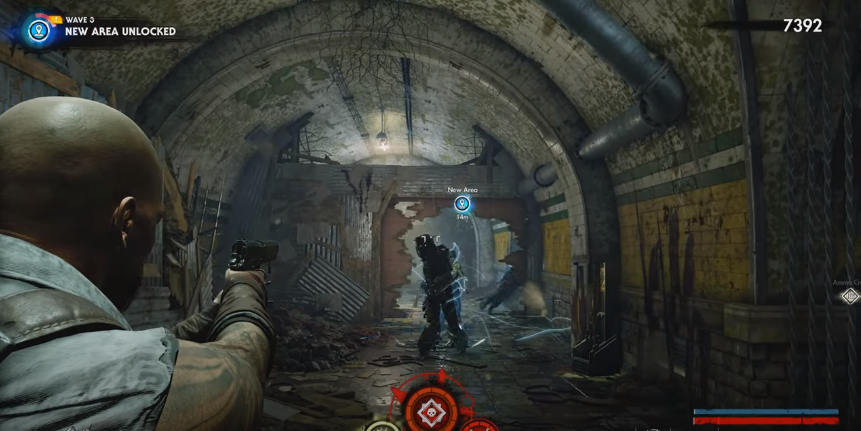 The supply drop will always provide you new weapons with much better perks. If you are doing “Just me and my trusty sidearm” achievement, do not pick up any gun.

Restock your ammo and grenades before killing the last enemy.

You should start the new wave in the central area. Officers need to be taken out quickly and will either spawn in the middle or at either end, so staying central gives you the best chance to reach them. 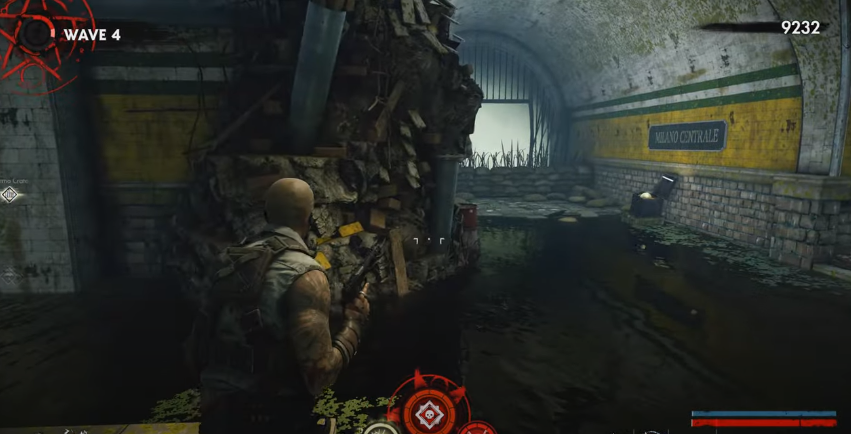 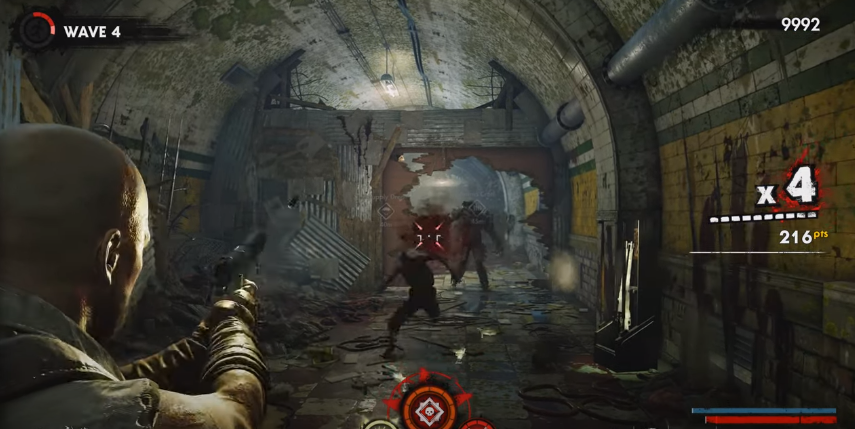 If a doorway is blocked, you can use the Divine Blast to clear the route. And if you find yourself in a tight space, stay on one side so that the zombies leave you a gap to escape. 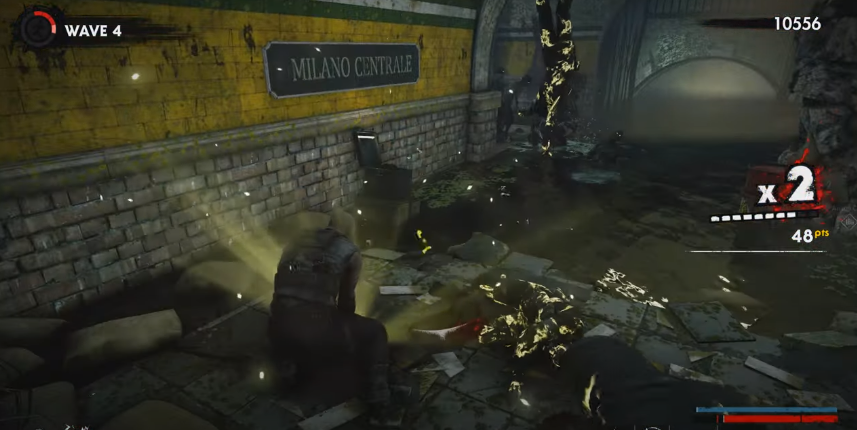 Wave 5 will have suiciders, you will hear their scream long before you see them. Make sure to be reloaded to shoot them up.

You must kill the green glowing first because they will throw grenades at you. Kill suicider and the nearby zombies will also explode. 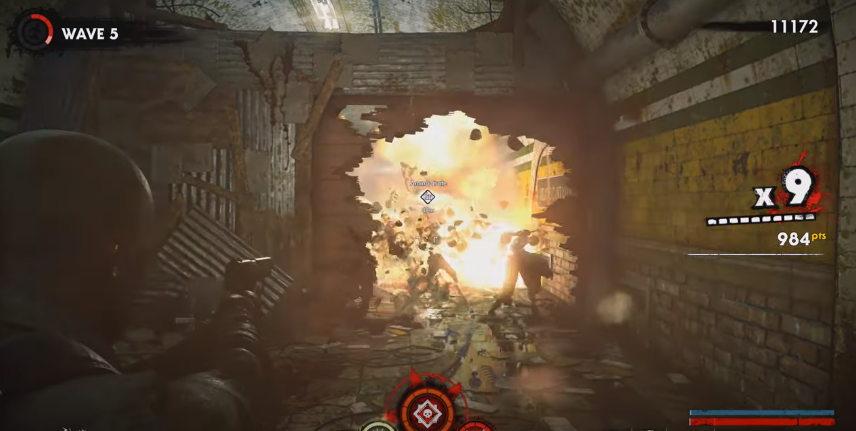 Wave 6 will open up a new area and a heavy enemy will appear. You can place a trap in the doorway to assist. He will not hit you if you stay away from him. Hit the explosive barrel to stun him and then attack. 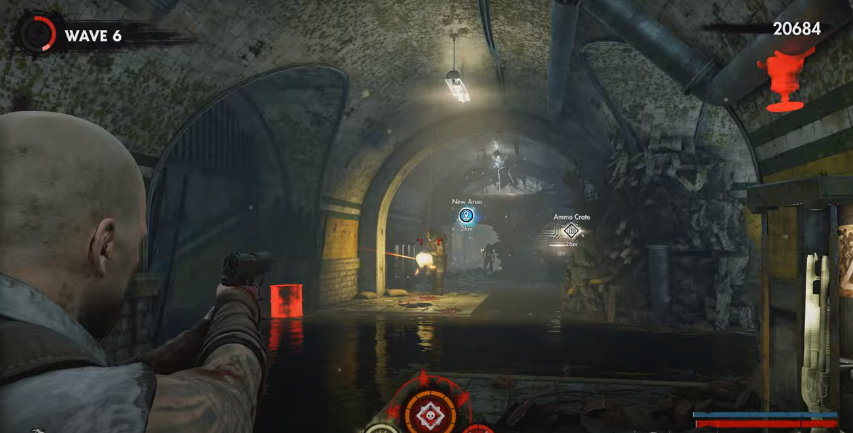 Make use of all the traps you are given, they will disappear after a time if unused. 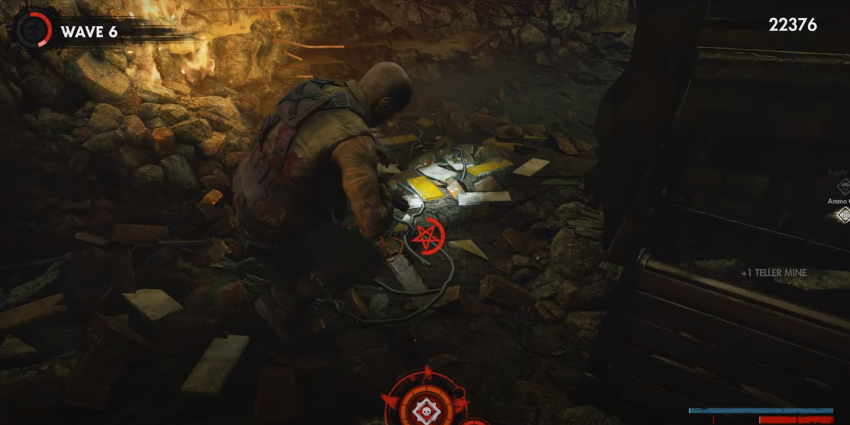 Just counter all the zombies in the to finish the wave.

You can pick up primary and secondary weapons from the supply drops for wave 7. And make sure to restick the ammo as they don’t come fully stocked. 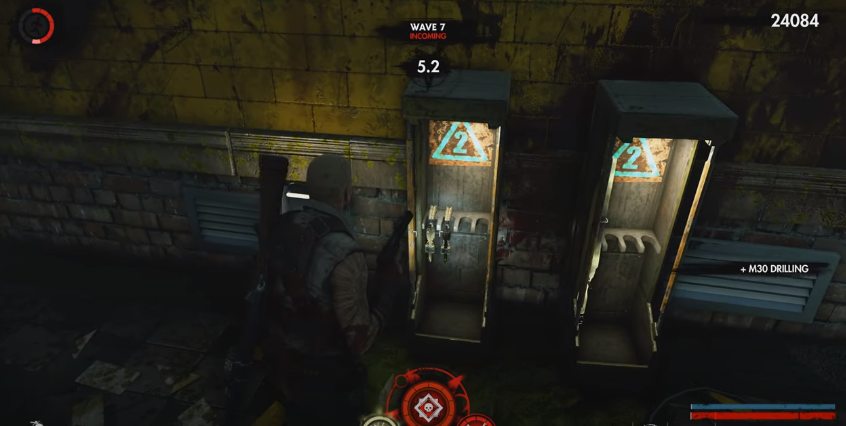 When you see engineers, use an empty lung to snipe theri gas can. 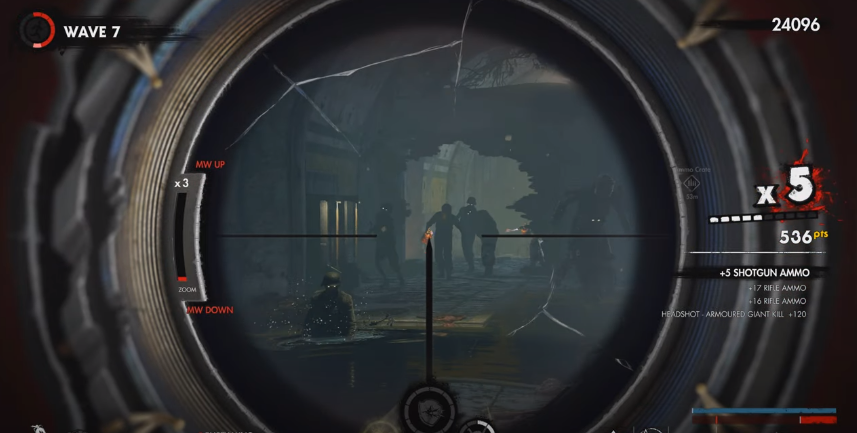 Kill the zombies with your primary and secondary weapons to finish up the wave. 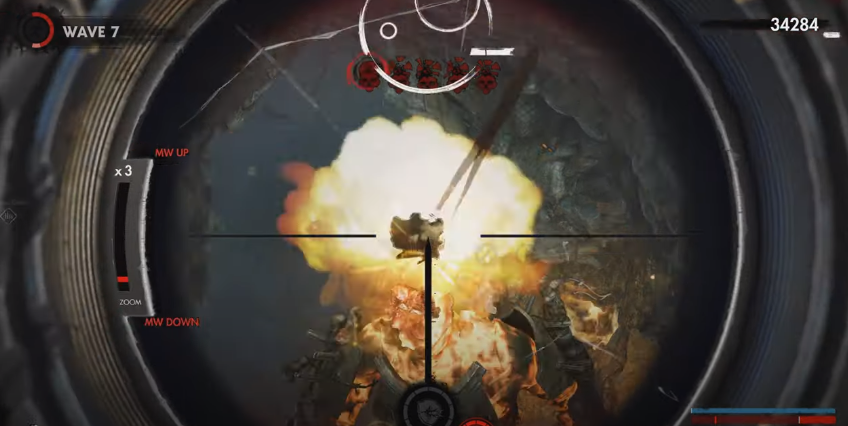 You can use empty lung in wave 9, this will help you to get the head shots on heavy enemies.

At the end of the round, start stockpiling heavy weapons for the tougher rounds 18 to 20. Get the tier 3 supply drop weapons and reload them. 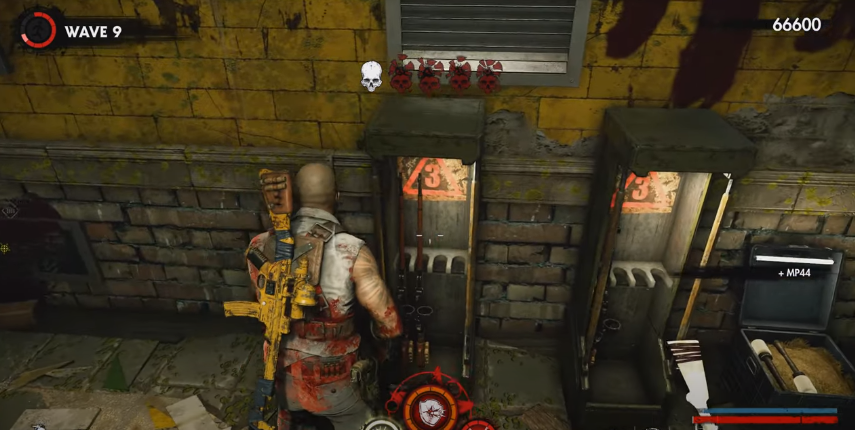 In wave 10, you have to listen for the direction enemies come from at the start of each round. Go get the officer as soon as possible. 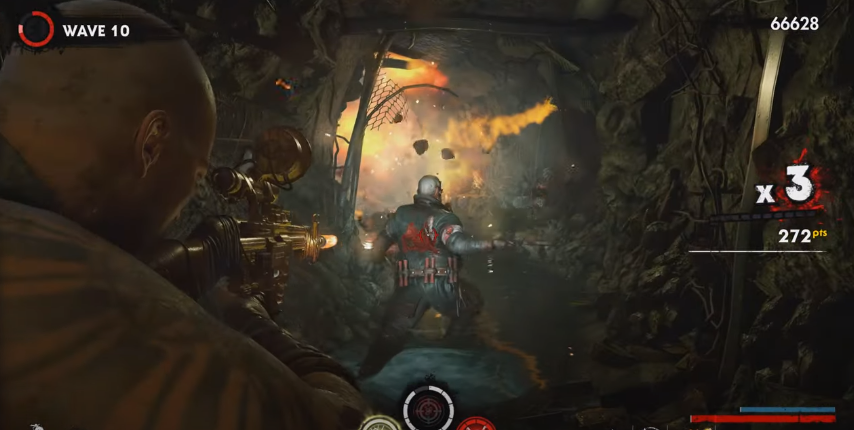 Once you clear the initial officers, head back to the opposite end of the map. This will give you the time to snipe as many as possible and prepare for heavy enemies. 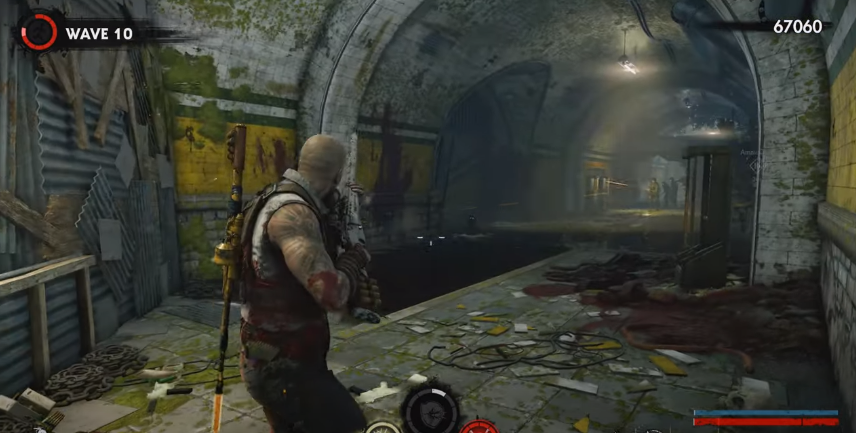 As a new officer appears, you will need to get them and take them down quickly. 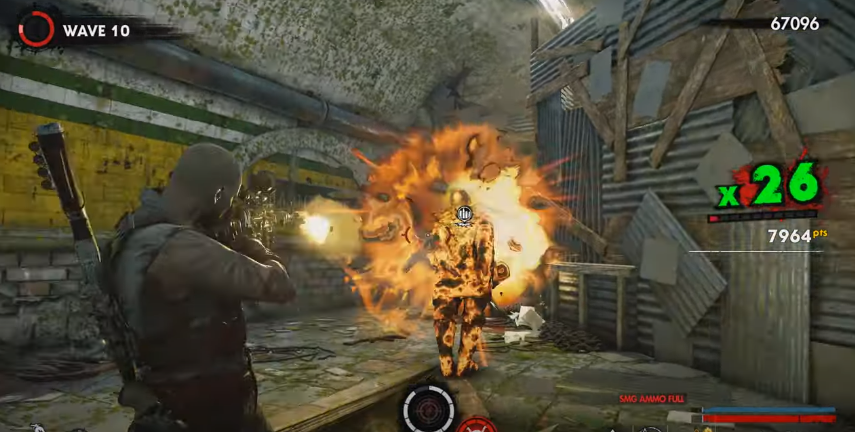 Wave 12 will bring face demons, they are the worst enemies because they send out a ground attack that will teleport you to them, if it reaches you. Keep an eye on the ground and shoot the thing before it reaches you. 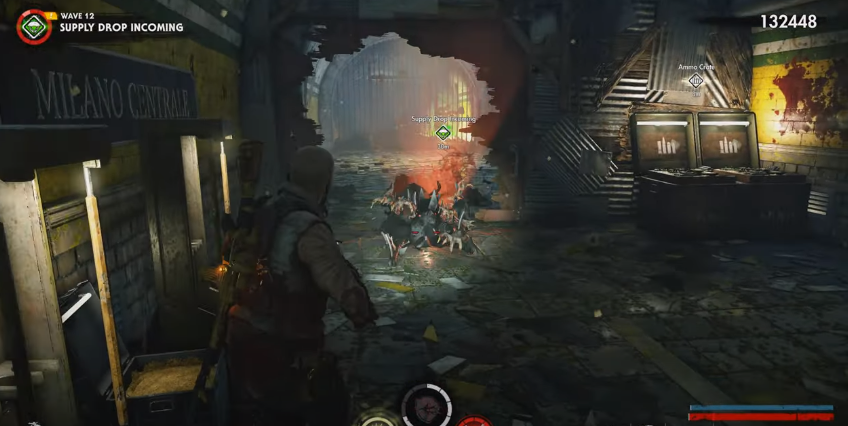 Use your primary as much as possible and save your secondary for fast moving enemies. These strategies will help you get to wave 18.

In wave 15, you will have to deal with two heavy enemies at once. Counter them along other zombies to finish the wave.

In wave 16, don’t let the shadow demon grab you. But it may happen, when it does, spam the take down button. Then he will let you go.

There might be a point in this wave that you may get down. You can use your second chance perk to revive. 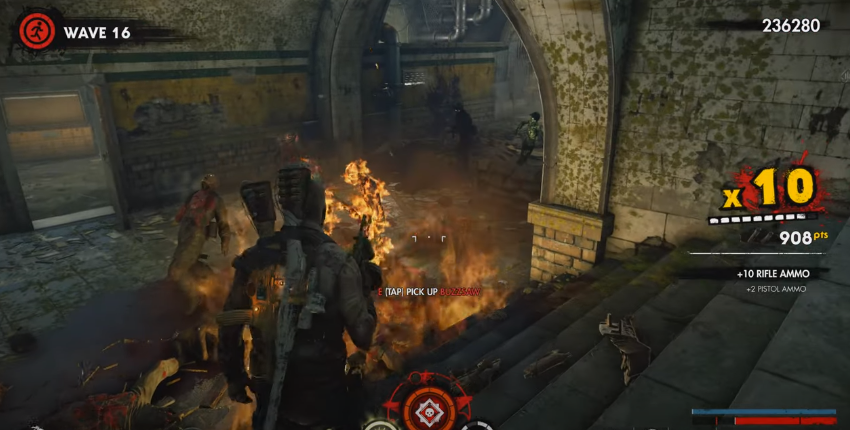 If you really get surrounded by zombies then the medkit is a good option to revive with since it will electrocute the nearby enemies. Then you can kill all of them. 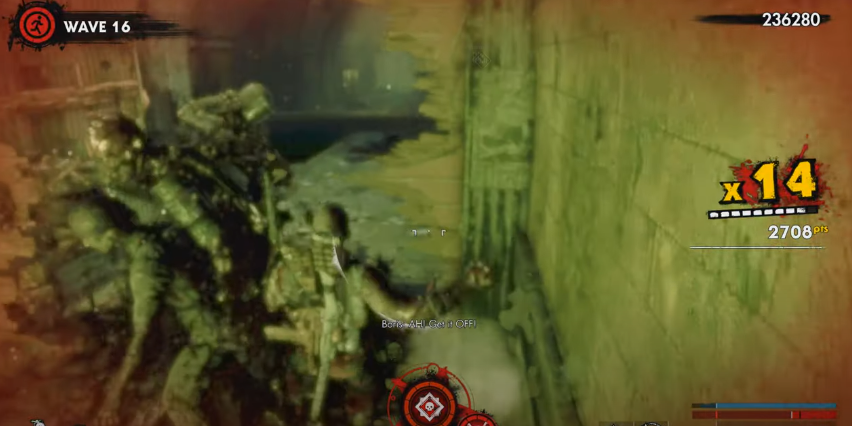 In wave 18, you will also need medkit to revive yourself after getting down. The stockpiling of heavy weapons will save you here.

Keep stockpiling those heavy weapons to counter all the heavies and zombies to clear this wave. 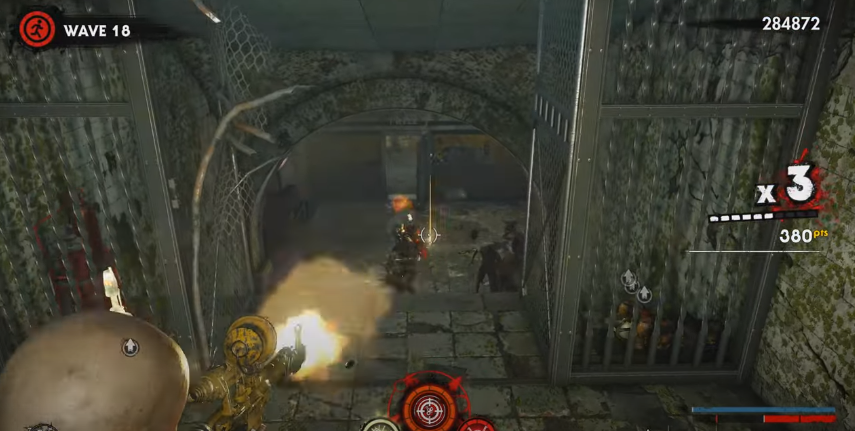 Target the zombies in wave 19 with the lung to kill the enemies.

There will be hordes of enemies in wave 10. Us elung to target them.

There will be suiciders too, hit them, they will explode and the nearby zombies will be killed as a result.

Just stay at the end near the wall and counter all the enemies coming straight towards you to finish the wave number 20. 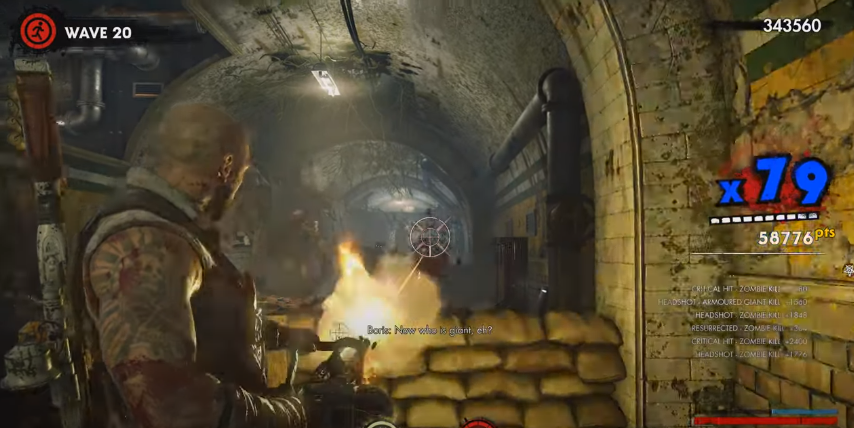