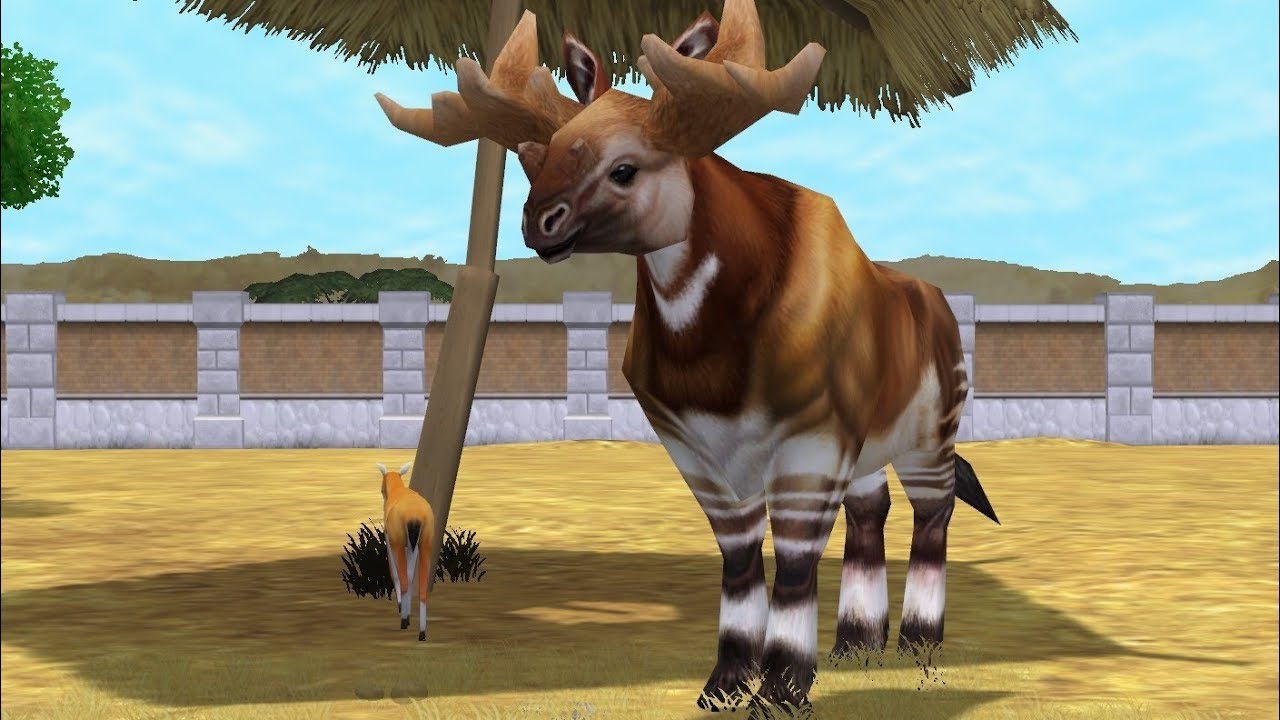 I guess it’s always a good sign if you can’t tear yourself away from the game you’re meant to be objectively reviewing, in order to actually get round to writing your review. Sure there are games that you review, and afterwards think “yeah, that was a pretty good game”, and thank the game gods that you weren’t given something godawful to play this time around. Then there are those games you review that are just plain addictive; you know, the ones where before you’ve even finished playing you’re already looking to see what other expansion packs are available so you can complete the collection. That’s my problem tonight.

The game I’m playing is Zoo Tycoon 2, and its expansion pack: Extinct Animals. Though the tycoon series of games have been around for a long time, I’ve never played one myself – I guess the Sims franchise has a lot to do with sucking up all my gameplay time for the last eight years. But while Bon Voyage is still causing my computer to crash on a regular basis, I’m out and looking for something new. In any case, Zoo Tycoon is one of those games I’ve always seen on the shelf, but hadn’t been much inclined to try out. They look like kids’ games, with the smiling happy animals on the cover of the case.

A bit of a disclaimer: if you’re reading this review, odds are you’re already into the strategy-tycoon thing, or you’re thinking of getting it for someone for Christmas. Most strategy/sim gamers know they are strategy/sim gamers. I’m not going to try and convince the guy who just went out and bought Halo 3 that this game is going to blow his socks off, cause it probably ain’t.

Excuses aside, I’m really having a lot of fun with this game. The premise is pretty simple really: take a whole lot of different elements, everything from fences to animals, to sales kiosks and toilets, and arrange them in a pleasing manner resembling a zoo, and try to keep both your visitors and the animals happy, all while making loads of cash.

What’s so cool about Zoo Tycoon 2 is the way it’s so unabashedly slanted towards the educational. There’s a whole ‘zoopedia’ filled with information on everything from squeezy balls to creating an optimal biome for your animals. It’s like I’m eight again, and it’s OK to get excited about a game whose manual tells you things like the ‘basics of zoo layout’, or ‘building great exhibits’.

It gets even better when you try to get your animals to breed, or if you combine different species in the same enclosures. (Apparently the old predator-prey relationship never gets old with your audience, ulp!) Plus you gain fame when you release animals into the wild, and you get to feel that sense of eco-warrior, do-gooder goodness.

…And then there’s the Extinct Animals expansion pack, which ratchets up those good vibes to a whole new level. Not only do you get to design a zoo, you totally get to play Jurrasic Park, by first finding fossils, digging them up, taking them to the lab and arranging everything around the right way so the skeleton looks right, then put the skeleton through another gizmo, and hey, presto! You’ve got a velociraptor! The stages are all quite simple mini-games, but there’s something still quite addictive about trying to collect all the different fossil samples in order to unlock that extinct animal to bring back to life.

There’s also the all-important ‘Dino Rampage’ mini-game, which excites me less than other aspects of the game, but no doubt will be someone else’s highlight. You get to assume the first person perspective, and try to get close enough to fire off a tranquilizer round into the thigh of a raging dino, before it totally terrorizes your guests and other animals, and trashes your zoo.

A lot of the criticism of this game is fair enough, but still can’t stifle how much fun this game is: yes, the graphics aren’t great (but they are cute), there is only one speed (which could take a while for Sims fanatics to get used to), and things move along pretty slowly. It’s still a really good game. I can’t say whether I’ll still be playing it in the months to come, but for now, I’ve already ordered the marine park expansion. Opo the dolphin, here I come!

Zoo Tycoon 2 and its expansion packs are a must for inquisitive kids, zoology nerds, tycoon fans and eco warriors that still use computers.