7 Reasons to Get Excited for Tales of Berseria 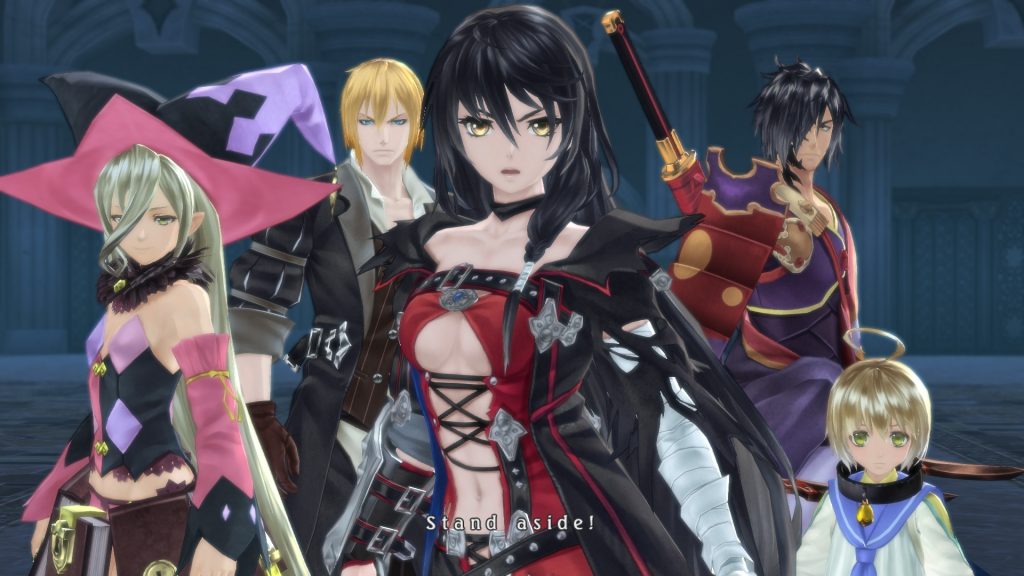 From the creators of both the Tales game and anime comes a brand new title, Tales of Berseria. With traditional elements from previous titles and a couple of new things sprinkled in, this game is sure to be a contender for any market. Both old fans of the series and those new to it will be very satisfied. Are you still not sure about purchasing the title? We’ll give you a few reasons to keep this one in mind. 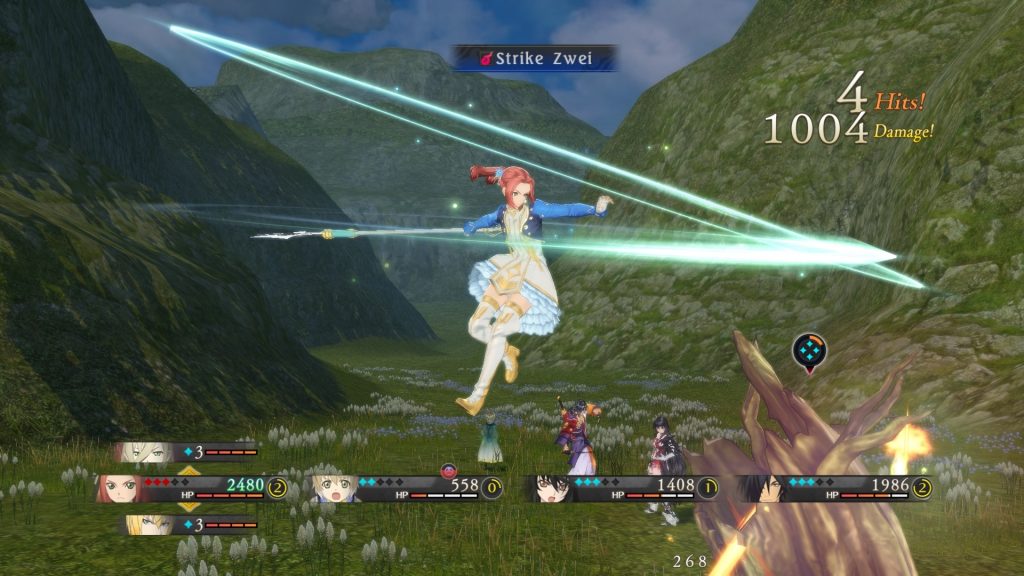 On their website, Bandai Namco states the in Tales of Berseria, the battle system is an evolved form of their traditional LMBS. This new system will allow players to roam the field of battle freely, and chain together combo attacks. 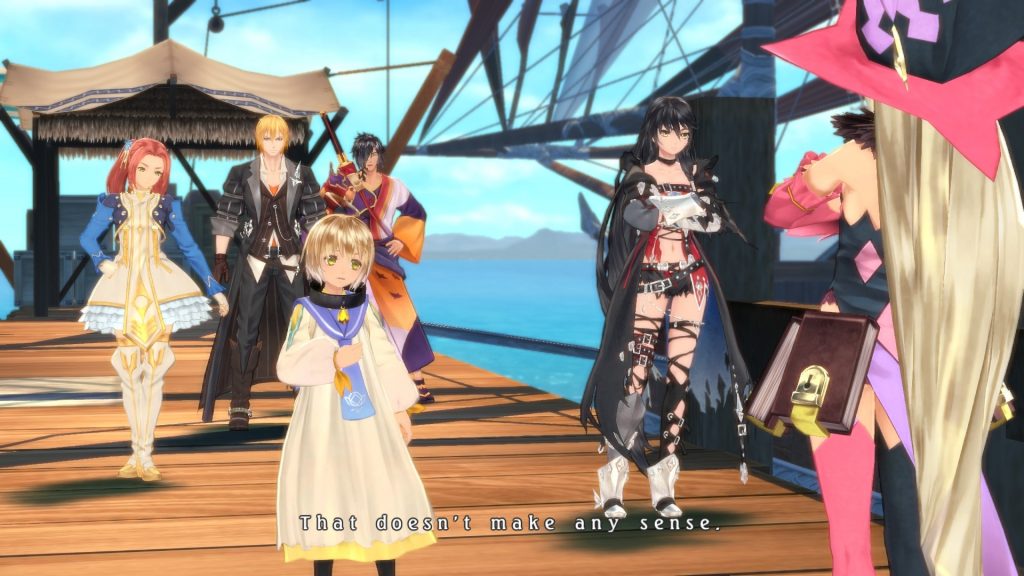 Not only do the characters look badass, but you can play as one of six available options.

Velvet Crowe – Our main protagonist. It is likely thanks to the events of the Scarlet Night that her arm turns demonic. She also possesses blades on her right-arm gauntlet and right foot, aside from her massive demon hand.

Lapichet – A young boy of the Malak race. Considered the light to Crowe’s darkness, the boy also owns a special compass that points him to the best places for his heart and mind to grow.

Rokurou Rangetsu – Swordsman who can transform into a demon. Though possessing the ability to do so, Rangetsu has retained his human sense of reason. The samurai’s weapons are twin daggers.

Eleanor Hume – The exorcist of the group. She is part of the Abbey, a group sworn to protect the land from demons.

Eizen – Current skipper of the ship Van Eltia. He is on a journey to find Van Aifread, the missing captain of the ship. Appearances can be deceiving, as Eizen is actually 1,000 years old. Known as “Reaper”, he joins Velvet against a common foe.

Magilou – This character comes into the picture bragging about being a sorceress. Though she is extroverted and talkative on the outside, there is something dark about her. 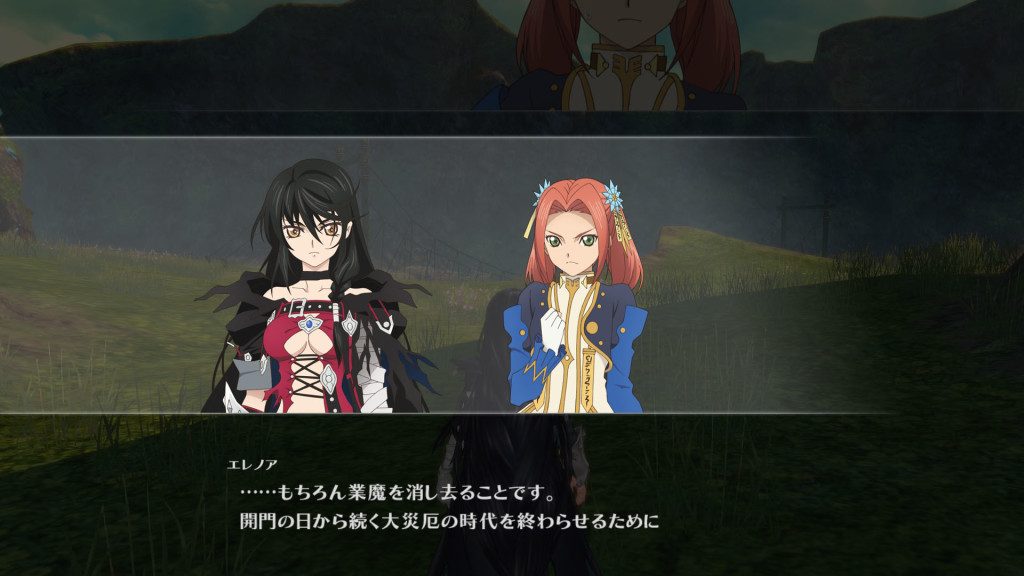 With the implemented skits (seen before in Tales of Zestiria), players can see more detailed conversations between the party members. This allows players to see the group dynamic and really delve into the personality of each and every character they are able to play.

Although these parts wouldn’t be considered “playable” in the traditional sense, it’s important to give attention to the history of the participants. The skits will likely explain things we would not be privy to otherwise. 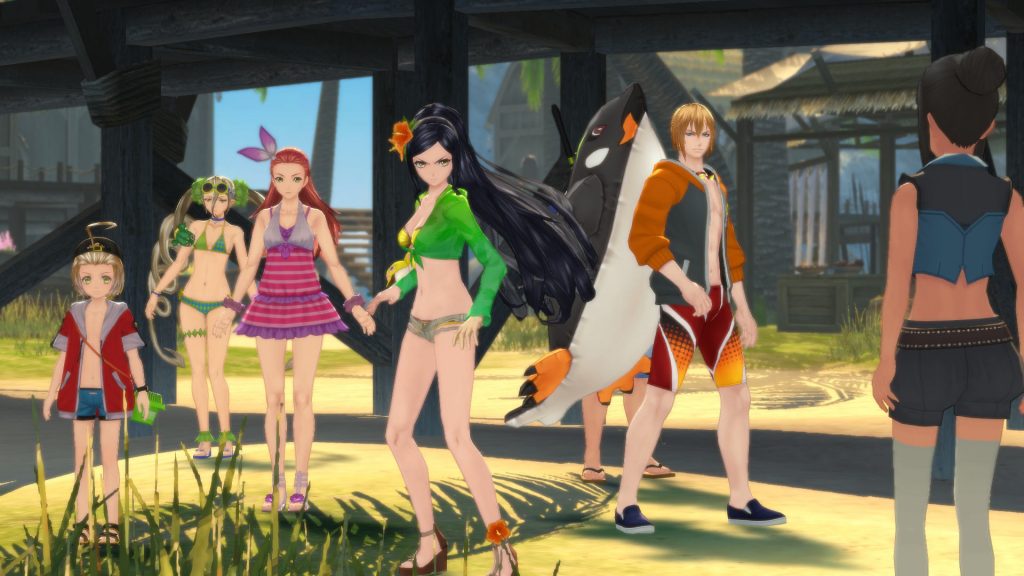 This is always a good reason to be excited, no matter the game. In addition to the costume characters already come with, those who pre-order will get exclusive costume DLC. It will also include multiple color shades for each respective costume available. 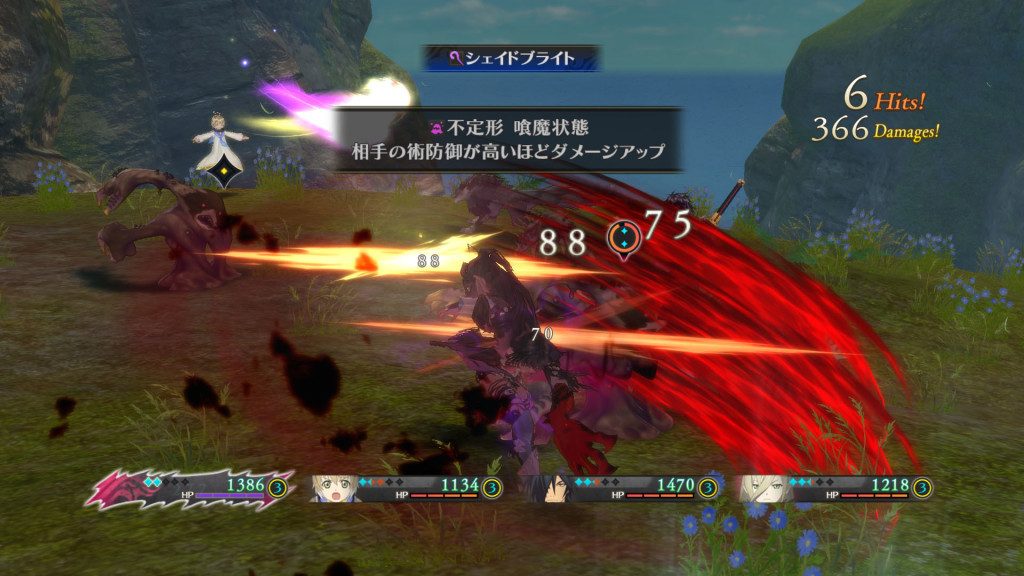 A few of the characters are able to trigger the Break Soul state, allowing them to execute special abilities:

Velvet Crowe – “Consuming Claw”: An attack-focused ability allowing Velvet to “eat” an enemy’s special attack. In addition, the stronger the enemy’s ability, the higher amount of damage that Crowe will deal.

Lapichet – “Divide Pain”: When this ability is triggered, an aura appears on the battlefield negating all incoming damage by half. Upon timing out, the entire party’s HP is restored.

Rokurou – “Retribution”: Upon a successful counter to an enemy’s, the samurai can trigger “Vengeful Strike”. If the Break Soul is executed properly while surrounded by enemies, all in the immediate area will be struck.

Magilou – “Spell Absorber”: This ability is able to interrupt a spell in progress. Additionally, after absorbing enough of the enemy’s mana, the sorceress can execute a special counter. If multiple spells are being cast by enemies, they can all be cancelled out. 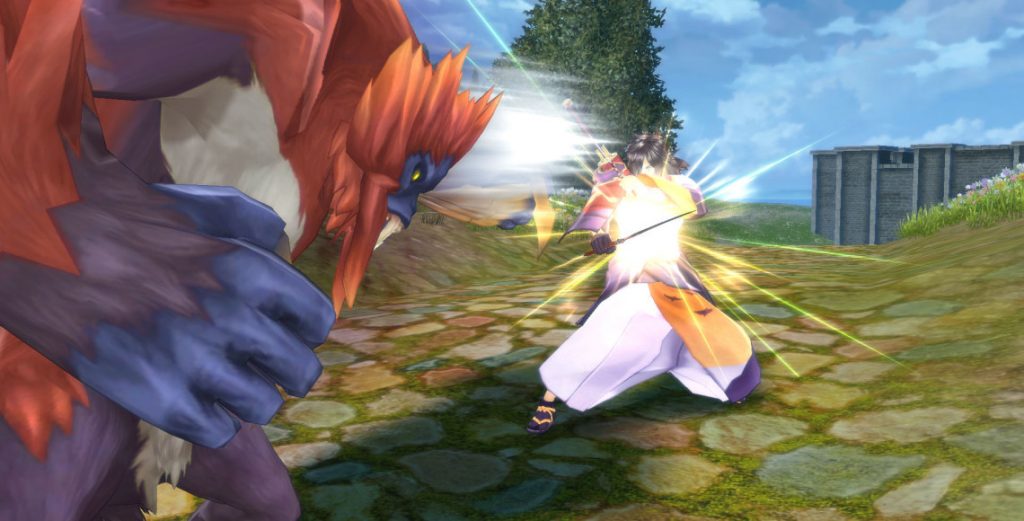 Ufotable, the animation studio responsible for cinematics in previous titles, returns to deliver the beautiful Tales of Berseria sequences. 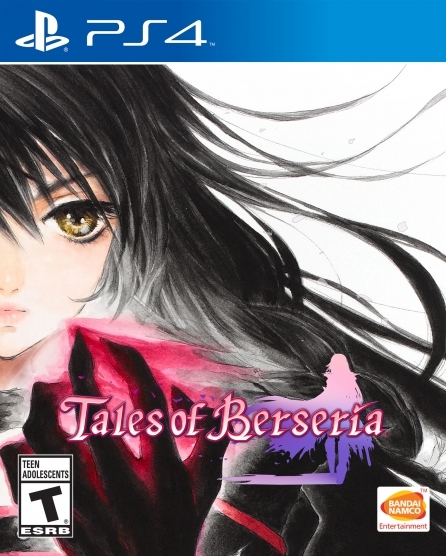