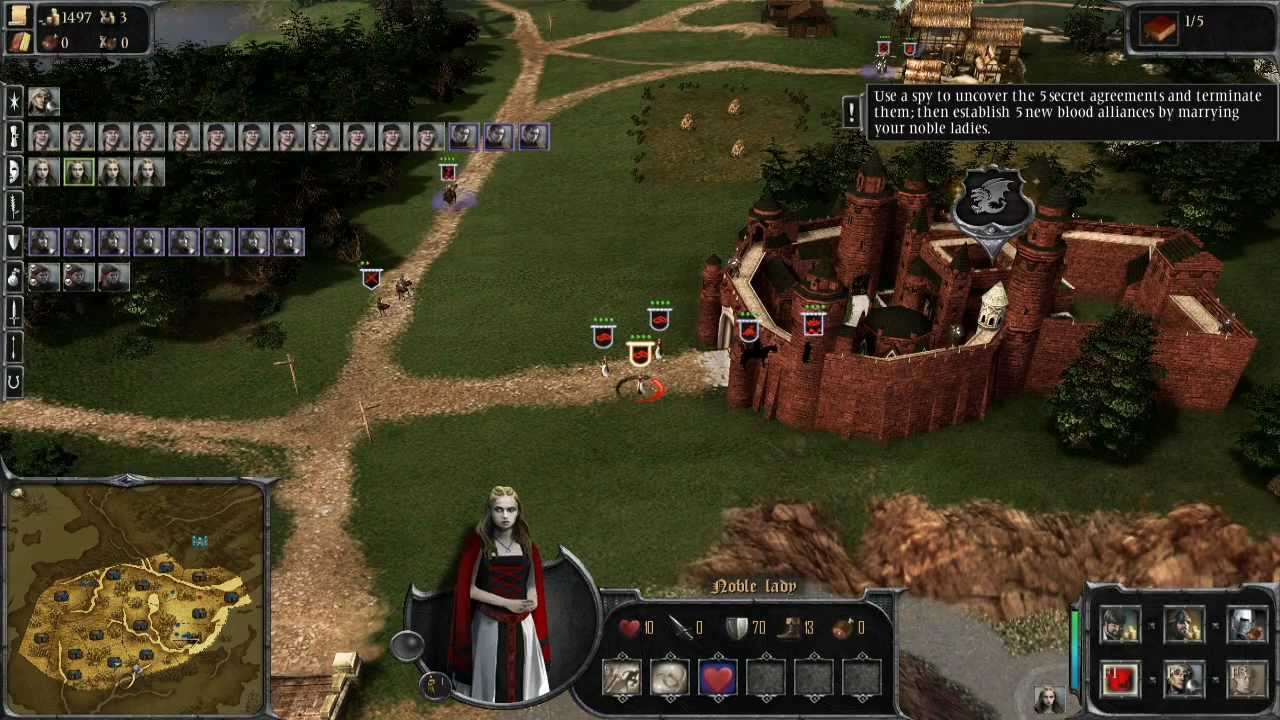 A Game of Thrones: Genesis Review

What started of as a fantasy trilogy, and now spans 5 books (with a planned total of seven books in the series), ‘A song of Ice and Fire’ by George RR Martin is one of those series that sets itself as a benchmark for the genre. Full of intrigue and great characterisation, it is what we call a “cracking good read”. No wonder, then, that it has spawned spin-offs like heads from the executioners chopping block.

There is a board game that was good enough to have 2 expansions, the card game, and the RPG table top game for giggles and dice throwing. Each of these has its following. Likewise, we have no doubt there will be fans of the series that will snap up the computer strategy game called A Game of thrones – Genesis. Well, we hope that, for them, it is all that they wanted it to be…

For us, it is nothing short of a disappointment.

It is a game that really can’t decide what it wants to be. On the one hand it wants to be a strategic game of a level that is almost reminiscent of a board game, while on the other it tries to be a real time strategy combat game.

The game starts itself around your ancestral base, your mansion if you like. From here you need to conquer the map by securing towns, castles and resources. There is nothing wrong with this in theory, and in fact it is the basic formula for just about all strategy games. It can’t go wrong, can it? Not unless, of course, you made all the elements so close you could biff a sword at them and relegate the terrain to only a bit-player in the tactical elements of the game…

You got it! This is exactly how the game plays out. It is across what is best described as a very close map with the resource structures, castles, and towns dominating the play area. It feels like a game board rather than an expansive world.

The strategic aim is about capturing and holding these resource elements. This can be done by sending out envoys to entreat them to join your cause, fomenting trouble in those owned by the opposition, securing them through marriage, or – if already taken – assassinating the opposition nobility occupying it. You can also create secret pacts that will have cities appearing to side with one person while sending income to you and likewise you have to be vigilant of the same happening to you.

All this may be an attempt to remain faithful to the book. It may have also worked if it did not rely on players having to move pieces around the board where it was difficult to discern who was who and a targeting system that was very unforgiving when trying to click on a play piece inside a town. This aspect of the game is awkward and frustrating to say the least, particularly as this is all done in real time.

Then there is the option of just building an army and knocking the stuffing out of anyone getting in your way – what’s the worst that could happen? A simplified rock / paper / scissor type combat system would be as about as bad it could get with only a modicum of tactical play – right? Sadly, instead of sweeping battles and tactical brilliance overcoming insurmountable odds, it is purely a numbers game when it comes to combat. Luck seems to dominate rather than good generalship.

Graphically the game is best described as utilitarian and the same applies to a user interface that at times feels like a bit of an after thought. The tutorial – although good at laying out the basics of the game – is hard to follow, and comes across is a bit of rush job to meet a publishing deadline. The grammatical errors in the instructions are further proof of this.

The idea of a computer strategy game based on the book is a wonderful one however it is one that deserves something far better than what this game is. The concept of diplomacy and subterfuge as an option for victory is also laudable but sadly it’s fiddly and overly complex in a real time strategy game context.

Normally we recommend this level of product only to the serious fans of the series but frankly we cannot even bring ourselves to do this. Avoid it.