The strongest warriors in anime often seem to be females – they’re the ones who will put their lives on the line to save someone they barely know, and they are willing to do anything to carry out the mission. Here are some awesome anime warrior girls:

Asuka Langley is the Second Child, she is the daughter of Kyoko Zeppelin Sohryu. She was born on December 4, 2001, in Japan. As an EVA pilot, she pilots Unit-02 (Battleship). She made her first appearance in Episode 08 (anime) and Volume 4 of the manga.

Rumi Usagiyama is a 26-year-old female pro hero who fights in melee combat. She uses her quirk, which is the power to summon rabbits. Her alias is Rabbit Hero: Mirko. Rumi Usagiyama was born on March 1, 1989, in Hiroshima. She has white hair and red eyes. She is 159cm tall and has blood type A.

Erza is a popular character in the series. She has long hair and brown eyes. She’s a talented magic user and a tough fighter. Her preferred weapons are a sword and a spear. She wears armor when she fights. Erza Scarlet is a girl with a huge chest, artificial eyes, brown eyes, long red hair, and a ponytail. She is strict and skilled at wielding magic. Her weapons are a spear, shield, sword, buster sword, and katana.

Maki Oze was born on September 16, and she is 19 years old. Her height is 167 cm (about 5’6″), and she has glowing purple eyes, long black hair, and hair with a ponytail. She has a muscular body type. Maki Oze is very kind yet short-tempered. She possesses a supernatural ability to use fire magic.

Tanya Degurechaff is a 13-year-old girl, who is a lieutenant colonel in the Empire’s army. She has an affiliation with Salamander Kampfgruppe Tanya Degurechaff made her anime debut in “Episode 1 Devil of the Rhine”.

Milim Nava is a female dragon who likes to wear leg garters and a single hosiery piece. She’s agile, and can also fly. She has blue eyes and pink hair, and her most distinctive feature is the lock of hair sticking out from the top of her head. Milim is simple-minded but attention-seeking, and she’s physically strong.

Boa Hancock was born on September 2nd, she is 29 years old. She is a very tall, and thin woman. Boa Hancock has very long black hair, her face is very pretty with a small tattoo. She has large breasts, and she wears a kimono. She has a personality that is very arrogant, cynical, and narcissistic. Her English voice actress is Lydia Mackay.

Kallen Stadtfeld, also known as Q-1 or Code Name given by Zero, is a 17-year-old girl who was born on March 29th, 2001. She is the daughter of Mr. Stadtfeld and Mrs. Kōzuki and has an older brother named Naoto Kōzuki. Prior to the events of Tokyo Ghoul, she attended Hope’s Peak Academy where she was a student in Class 77-B along with Makoto Yūki, Kaneki Kenichi, and Arima Kirishima. In R2, it is revealed that Kallen has lost her memories prior to 0 Cochlea Incident but regained them sometime after Rize Kamishiro’s death.

Akame is a young woman who is 164 centimeters tall and has red eyes and black hair. Her blood type is A, and she has a younger sister and an adopted father. The current status of Akame is alive.

Mereoleona Vermilion is a human woman who was born on July 26th, she is 32 years old, and is 178 cm tall. Her magic attribute is fire magic. She is a member of the Magic Knights, and she belongs to the Clover Kingdom.  Mereoleona Vermilion made her anime debut in episode 70.

The main heroine of The Rising of the Shield Hero series, Raphtalia is a raccoon girl who was taken in by the Shield Hero, Naofumi Iwatani, after she was found collapsed on the roadside. She has since become his loyal and powerful vassal and accompanies him on his journey to restore his reputation and take revenge on the other three legendary heroes who wronged him.

Amane Suzuha is a young girl of 18 years from Japan and has a libra zodiac sign. She has green eyes and long brown hair. Suzuha is a tomboy who loves to cycle, and she is also a martial arts expert. She can travel through time using a special time machine. Amane likes to wear cycling shorts and a shirt when she cycles around town. She made her anime debut in Episode 02: Time Travel Paranoia.

Rem is a 19-year-old maid in service of lord Roswaal L Mathers, alongside her sister, Ram. Her hair is sky blue and her eyes are light blue. She is 154 cm (5′ ½”) tall and her affiliation is Kingdom of Lugnica, Emilia Camp, House Roswaal. She was previously affiliated with the oni village and her occupation is maid. Rem is currently alive and has a husband, Natsuki Subaru, and two children, Natsuki Rigel and Natsuki Spica. Her magic is water magic and her weapon is a morning star.

Altair is a female military uniform princess who is acting as a villain. She has the creator Setsuna Shimazaki as her relative. Her first appearance was in the first episode of the anime series, and she was voiced by Aki Toyosaki in Japanese and Michelle Ruff in English.

Tsunade is a middle-aged woman with a bust size of 106 centimeters. He is 163.1 cm tall and weighs 48.9 kg. Tsunade bindi, brown eyes, long yellow hair, twintails, and polished nails. His supernatural abilities are healing, eternal youth, illusion, and regeneration. Tsunade has a short-tempered, and tsundere personality.

Yuno Gasai is the alias of Second, a 2nd-ranked goddess who formerly belonged to the human race. She was born on November 16th and has blood type O. Yuno is 14 years of age, her height is 160 cm, and she has pink eyes and pink hair. Yuno currently resides in Muru Muru Yukkii, an organization that protects the future of humanity. Yuno Gasai is the protagonist of the anime Future Diary. She is a junior high school student who, due to her ability to control time and space, becomes known as the God of Time and Space. Her adoptive father Ushio Gasai dies in the First World’s destruction, but she manages to survive.

Morgiana is a young female Fanalis who was formerly a slave of Jamil, along with Goltas. After meeting Alibaba Saluja, she chooses to follow him and becomes his friend. Morgiana is an incredibly powerful fighter, able to take down several enemies at once. She is also very fast and agile, able to jump great distances and move quickly through tight spaces. Morgiana is currently married to Alibaba and they have a son, Ahbmad.

Ryuko Matoi is a human hybrid and the protagonist of the anime series “Kill la Kill”. She is a 17-year-old female with navy blue hair and blue eyes. Ryuko is also a student at Honnoji Academy, where she studies to become a martial artist.

Ryuko Matoi is a high school student who wears a Kamui Junketsu uniform and wields scissor blades. She is a powerful katana fighter who clashes with Ragyō Kiryūin, an antagonist in both the anime and manga. Ryuko first appeared in Episode 1 of the series, while her manga debut took place in Chapter 1.

Neferpitou is also known as Pitou. It was born in the royal family of the Chimera Ants and quickly became known as a prodigy with its ability to control corpses. Neferpitou became a Royal Guard. She has red eyes and white hair. She made her manga debut in Chapter 188.

Android 18 is an attractive female android who is taller than most humans and has a fair complexion. She made her debut in the anime series Dragon Ball Z and has also appeared in the movies Dragon Ball Z: Super Android 13!, Dragon Ball Z: Broly – The Legendary Super Saiyan, and Dragon Ball Z: Battle of Gods. Android 18 is a human-type earthling that was created by Dr. Gero. She is a martial artist and employee of Capsule Corporation who is temporarily deputized by the Galactic Patrol. She is the twin sister of Android 17 and the wife of Krillin. She has a daughter named Marron.

Karino Shuka is a 16-year-old girl who has a dual-wielding fighting style. She is very agile and has a strong sense of loyalty. She has medium-sized breasts and wears a frilly dress with leggings. Karino Shuka has long yellow hair braided in twin tails. Her eyes are red. Karino Shuka is cunning, but she is also loyal to her friends. Karino Shuka uses chain and weaponized wire to attack the enemies.

Kyouka Izumi is a teenage anime girl who is 148cm (4’10”) tall and weighs about 40 kg. She was born on November 4 and her blood type is B. She is a child of Unnamed parents. Kyouka Izumi likes Rabbits, tofu, hydrangeas, and ghosts. She was a Detective Assassin in the past. Kyouka Izumi made her manga debut in Chapter 7.

Araragi Karen is a high school student who is 15 years old. She has a brother complex and is very brave. She is also very energetic and impulsive. Her height is 170 cm and her abilities are in martial arts and karate. Araragi Karen has gray eyes and black hair, which she wears long with a side ponytail. Her personality is extroverted and iron-willed.

Kirigakure Shura is a young adult in her mid-20s who loves alcohol and sleeps too much. Her western zodiac sign is Leo In her eyes, the world is not a bad place. She is an exorcist and also a teacher. Kirigakure Shura has purple eyes and very long yellow hair that she keeps in a ponytail.

Irina Jelavić was a young woman assassin and an English Teacher at Kunugigaoka Junior High School. She is 20 years old and her zodiac sign is  Libra. She is 170 cm (5’7″) tall and weighs about 50 kg. Her special ability is Mystic Eyes. Irina Jelavić made her anime debut in Episode 4 and manga debut in Chapter 7. 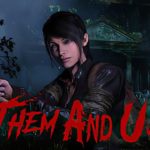 Them and Us – Save Game
Next Article 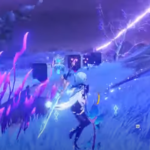 Where to Find Amakumo Fruit In Genshin Impact