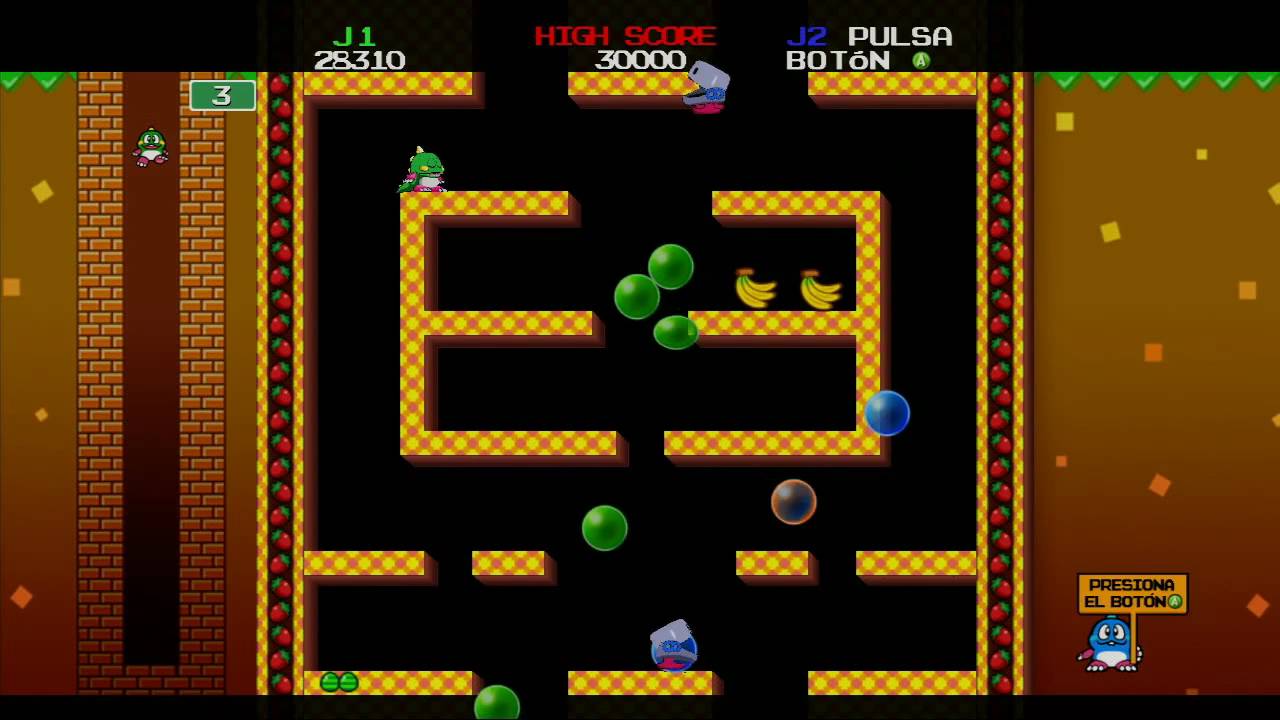 Bubble Bobble Neo is a remake of the 1986 Taito arcade game. Taking control of either Bub or Bob, a pair of cute little dinosaurs that went on to star in the Puzzle Bobble games, players are tasked with defeating enemies in 100 stages by blowing bubbles at them. In 1986, it was good harmless fun. In 2009, it’s incredibly hard…

The premise explained above is extended by describing the stages that play occurs on. You have a single-screen side-on platform layout which players can move around on, jumping up to platforms above or falling to platforms below (you can’t jump down, per se – the only way down is to fall through a gap). You move by using the analogue stick and you jump by pressing X or fire a bubble by pressing A (which feels odd – would make more sense if those controls were reversed but you get used to it).

The enemies vary in look and ability, initially harmless enough but they develop fairly quickly into despicably adept little buggers that will obliterate you at every turn. Your goal is to fire a bubble at them, trapping them in a bubble that then floats to the level’s collection point (typically in the middle of the screen, sometimes higher or lower). Once so trapped, you need to pop the bubbles with your spikey dinosaur spine – if you don’t, they escape their bubbly prison and come back angrier (read: faster, harder) than before.

If you’re too slow at clearing the level, they auto-upgrade to the angry state they’d assume if you trapped and released them. If you let them get to this point, things are going to get very hairy indeed – should you survive past even this point, well, the game won’t let you just idle on a level for long. Bad things happen and you learn very quickly that clearing the level in the time permitted is a very good idea.

Should you die, and have lives left, you eventually respawn in the starting position. The game continues on as you left it which, all too often, will be with a bunch of enemies trapped in bubbles that you hadn’t quite managed to pop when one of their friends managed to bonk you on your nose. Sounds good in theory but the time taken to respawn is agonizingly slow in the heat of battle – frequently this means that, when you finally do get to play again, the level will be packed full of little red monsters that move at twice the speed of normal.

Should you fail completely and run out of lives, you can continue seemingly as often as you like. Continuing resets everything to the beginning of the level, including the time, which is actually often a respite from the madness at the end of a level. Your score is reset, too, so if you’re looking to compete with your friends on the leaderboards, continuing through the game is probably not what you want to do. For the game completers, however, it’s a great way to see the complete set of levels from the original game (some of which have been slightly rearranged) without having to get $20 worth of 20c pieces.

There’s also “arrangement” and “vs” modes, with more levels that you can complete in co-op or competitive mode with up to three of your friends (classic mode is 2 player max). All of the co-operative modes also optionally save your progress when you exit, allowing you to continue from the level you got up to last time on your next session. As the game is frustratingly difficult, right from the start, this is an incredibly welcome option – you’ll exit angrily many times, it’s nice to know you can pick it up again from where you left off when you cool down a bit.

Ultimately, when it comes down to it, this is the best version of Bubble Bobble ever made. If you like the sound of that, snap it up without hesitation. It looks great, has a great J-pop version of the original soundtrack, has multiplayer (offline only, though) modes, leaderboards and loads of new and revised content to explore.

It is, however, still the same game at its core that it ever was. If you’re looking for updated gameplay, you’ll find nothing here to satisfy you. It’s still very hard (the modus operandi of arcade games in the 80s) and little gameplay niggles (like the oddly backwards-feeling button layout or enemies getting trapped places you can’t get at) keep twitching at you as you play. Fortunately, like all XBLA games, there’s a demo – if you’re at all interested, check it out. If the difficulty doesn’t turn you off and you’re happy with the controls, this is well worth 800 points. 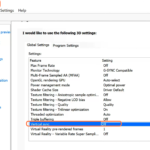 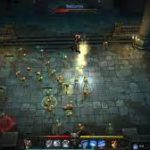