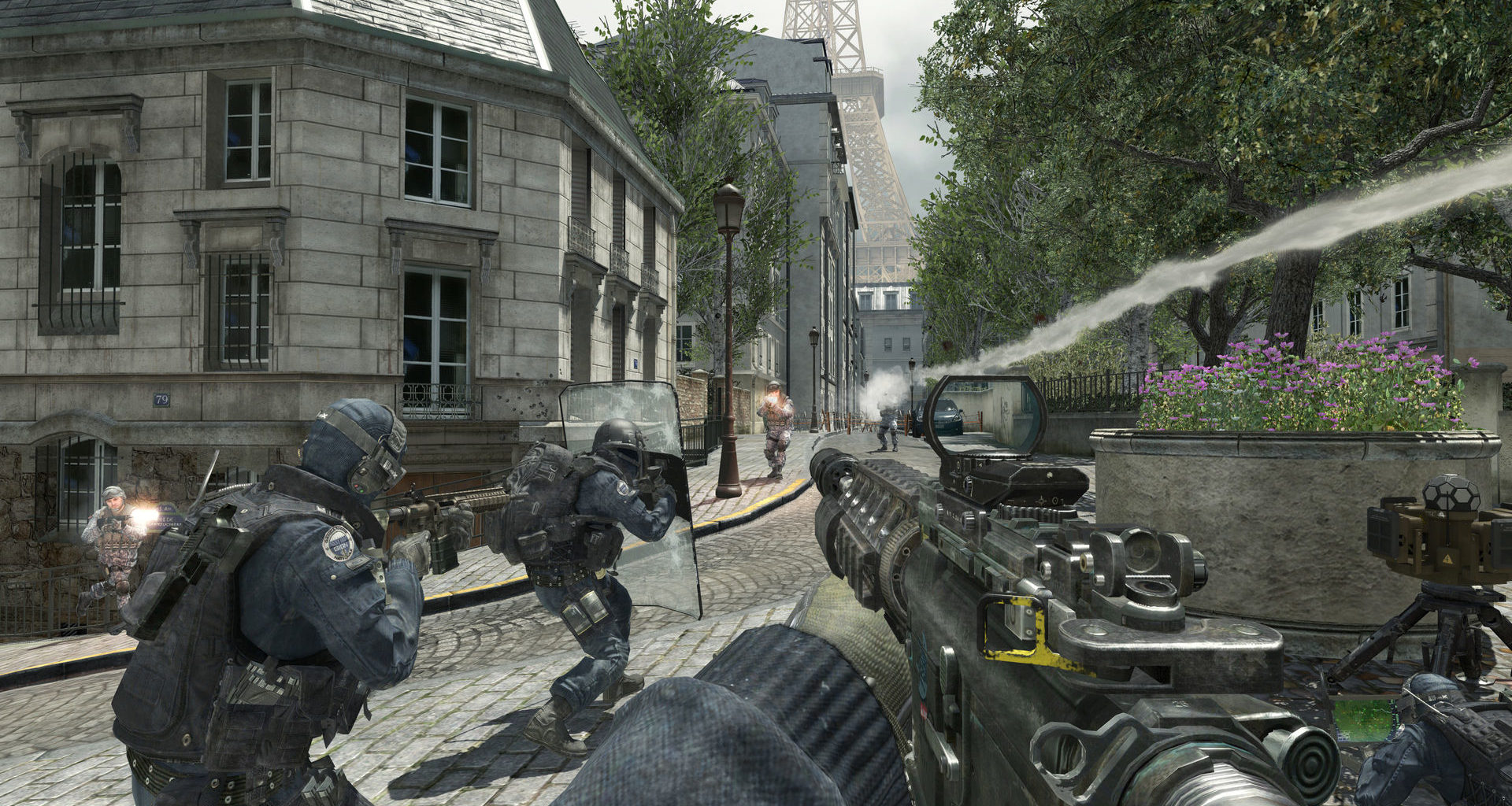 The Call of Duty franchise has continued to be enormously popular, and for good reason – it has always delivered a good solo experience (albeit a short one), and a very well crafted and thought out multiplayer option. It is a tried and true formula that has been refined over its numerous releases.

Call of Duty: Modern Warfare 3 is the latest in the eight-title series and it looks to follow the same recipe in the hopes that it achieves similar success – something the industry analysts suggest is near-certainly going to happen. Does it deserve those sorts of sales? We decided to take a longer-than-average look and determine, once and for all, whether Call of Duty was still the king of the hill.

The PC version of the game comes on a whopping two-DVD bundle. It requires a steam account, however it installed from the supplied disks – rather than downloading everything (as some Steam-powered retail games are wont to do). It was a breeze to install, with the only downside being the need to log into steam prior to online play (solo can be played offline).

The game menus have been subtly tweaked from earlier games in the series, however they have a familiar feel to them. Uncomplicated and easy to follow, there are initially three game options to chose from: Campaign, Special Operations and Multiplayer.

The Special Operations is a ‘challenge’ set of missions that you can play solo or in co-op mode.

The campaign game – although only 4-5 hours long – has thumbed its nose at its market rival by doing it better every step of the way. They have delivered an action-packed, seat-of-your-pants series of events that will have you fighting on the ground, in the sea, under the sea, on the sea, and in the air. All of which is delivered smoothly with some stunning and seamless cut scenes.

Yes, some of the events stretch the laws that bind the very Universe together, but its climactic ending finally completes the Modern Warfare storyline with a heart-pounding conclusion. It was a fitting end to the story with all the loose ends neatly tied and left hanging in a convenient bundle.

It is in multiplayer that the fan base revels, though, which is why we have devoted most of the review to this aspect of the game. To the critics who were looking for something new and innovative: you have plainly missed the point. Fans were looking for more of the same, but with obvious tweaks and improvements that did not depart from the core game.

With some big competition in the wings from Battlefield 3, it must have been tempting for the developers to take a riskier route, however we are glad that what has been released is a very well polished and tweaked multiplayer game that has remained true to its player base.

There are 16 multiplayer maps and each one has been very cleverly designed. Don’t expect big expansive maps as, true to form, these are tight, challenging maps where the name of the game is small unit combat.

Games are restricted to a maximum of 18 players in total, while most are in the 8-12 range. Their small size means a lot of work has been done to ensure that every aspect of the map design and layout delivers a fast-paced game, which allows each of the weapon classes to excel.

If automatic rifle, shotgun, or submachine gun fit your style of play, then you’ll be pleased to hear that each map rewards quick movement and constant attack on your enemies. Maps also contain some main corridor / channel areas where the heavy machine gun and sniper can make their mark in a game.

Some of the early discussion on the maps had been around the lack of sniper choke points, however as the player base matures we are already seeing more and more players opt for this as a viable class. The best explanation for this behaviour is that, as players come to understand the maps more, they are seeing more possibilities for a sniper.

As a sniper, though, you can no longer camp a spot for the entire game. The fluid nature of the combat and level layout means that you need to keep repositioning yourself or risk being discovered after one or two kills.

What has seen a significant overhaul in this iteration is the way in which you level up your character, weapons, and perks. As you complete games and challenges, your character goes up in level – unlocking weapons and perks. Each of these can be leveled up the more you use a particular item. This aspect is important, as initially weapons are out-of-the-box standard.

The more you use them, the more bling you unlock. This includes the ability to alter weapon characteristics, such as the amount of kick-back, long distance aiming, etc. There are also sight unlocks that include type and operation. For the true aficionado, though, it’s about the different paint jobs you can apply to show off your favourite weapon…