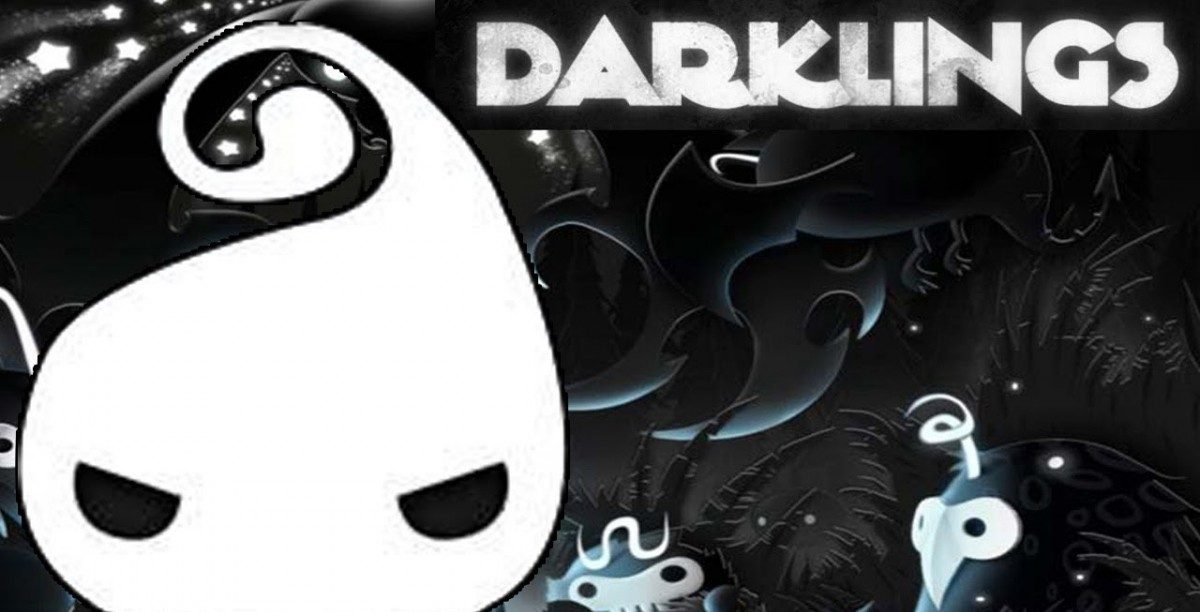 Darklings is a game clearly influenced by the likes of Limbo, but despite the graphic similarities, the actual gameplay is very different. Instead of a macabre side-scrolling adventure, this is a strange, endless, gesture-based battle against the forces of evil. It’s a creative, simple game that’s easy to learn, but challenging to master.

In Darklings, the player takes the role of a little white force for good named Lum who must devour all the evil darklings. To do so, you have to match the symbol on each of the creatures by drawing it on the screen. So, while one creature might have a U-shaped symbol pasted on its head, another might have a squiggly W-shape, requiring some quick fingerwork when there are multiple baddies on the screen at once.

Depending on how quickly and accurately you dispatch foes, stars will appear that must be snatched up by dragging over them and then to your little being. This results in points and power that can be used to more effectively clear the shadowy screen of villains. After so many waves of little creatures, larger boss darklings will appear who require multiple gestures to dispatch.

Darklings doesn’t vary its gameplay much throughout and is endless, so the gesture-based hook has to appeal right from the start. We really liked it though. It’s simplistic, but the pacing ramps up in a hurry. Thankfully, the touch controls are remarkably sensitive, so we had very little frustration in terms of the game understanding what we were doing.

It’s an odd design decision that there’s no visible trailing line to see what gesture you’re making though, but such a feature would have been helpful for younger players. The game is also a lot easier to play on the iPad, since the smaller screen of the iPhone means your finger will be taking up a lot more real estate. Other than that, the game uses its playing mechanics in a stylish and effective manner.

Style is a big part of the draw to Darklings. The game uses the Unity engine to create a simple, but artistically engaging landscape. It’s not graphics heavy and there’s not much in the way of scrolling or anything, but the character designs are terrific and the overall atmosphere gives it extra punch. The soundtrack is also quite good, matching the game play nicely.

Darklings might take its visual cues from games like Limbo, but the gameplay itself is refreshingly simple and creative. We loved the look of the game and the responsive controls, and just generally enjoyed thwarting the awfully cute forces of evil.