Don’t Starve Together: Tips And Tricks

In Don’t Starve Together, we are confronted with the task of surviving, but how we’d be able to do that when there are enemies hidden everywhere and time is passing like a bolt of lightning. You cannot complete the game without knowing the most useful tips and tricks – and I am not underestimating your ability to play games, in fact, you can, but the problem is, it will take you a lot of time. On the other hand, if you use these tips, tricks, glitches, and advanced survival techniques, it would be a lot easier and you will be through the game in no time.

Do Not Wake the Bear

One major spawn sticks all year round devouring ecosystem and terrorizing players’ camps unless killed. In the winter it chooses to hibernate and become quite immobile. You may think that this will be the chance to take the beast out, but it’s not that easy. Once woken from the sleep, it will give out a yawn making every creature around including yourself fall asleep and become completely vulnerable. Then all you can do is watch as this beast approach you and sending you to your last sleep ever. So yes, never wake the beast.

Use Thermal Stones Not Torch 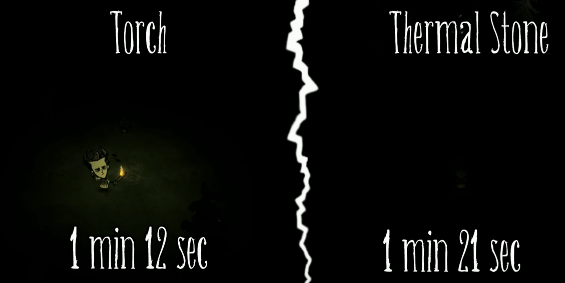 A fully heated thermal stone can become a light source. It gives you a little light, but it will still be enough to keep you safe from the darkness for some time, and last longer when equipped with warm clothes, and even longer than a torch. That means, during winter, this rock not only provide heat but also save your resources. You may have very limited vision, but it is no problem as long as you check the map time to time and use torch only when you need it.

How to Freeze the Dragon

A drastic situation calls for drastic measures, and here is what you need to do when you are trying to freeze the one whose health is ten times more than you can imagine. Freeze the dragon and when it tries to free itself, quickly deal fire damage by simply burning something near it, and there you go, you have permanently frozen the monster. All you need to do now is hit it repeatedly. If you are fortunate to have friends who are willing to waste their lives for you, do bring them along because this is going to take a long time.

One more thing, try not to act smart by lighting a gun powder on them. The explosion will free the dragon, and there will be hell to pay.

How to Be Careful of Other Players 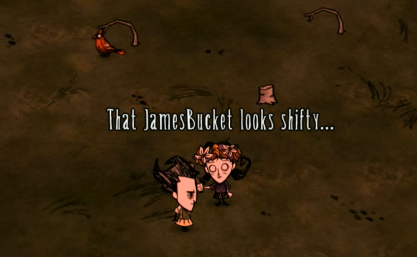 Notice the fact that by simply clicking examine, you can see which players are approaching with knives up your sleeves. If the player has been attacking or killing others, they are described “Shifty.” Unless you are its first victim, you’ll know when you are facing a killer. But, of course, you can be the killer yourself.

How to Kill a Sheep 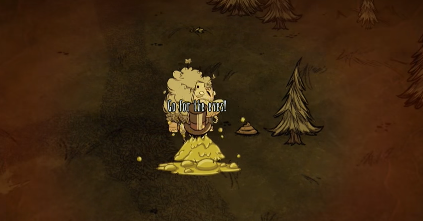 Lucas is a sheep-like a creature on a hunting trip, and to defeat this creature, you need to be brave and fast like a thunderbolt. This disgusting chunk of hair will spit out an even more disgusting chunk of a limb with incredible accuracy, and it will paralyze you completely. And while you mesh every single button on your keyboard – which does not help by the way – the creature will be successful in attacking you every time. Well, if this creature has a power green goop, we might as well bring an army. The army is not only good in fighting but will also be able to free you instantly whenever you are covered. When taken enough damage, the creature will start running away, but don’t let that happen and show the guy who is a true monster in this world.

How to Make and Use Deadliest Non-PVP Weapon

You will meet all kinds of people in Don’t Starve Together, and some of them will get on your nerves. Bad thing; but the game is non-PVP server and killing is not allowed – but causing death is. So I present you the deadliest theoretical non-PVP weapon – water balloon. It does not cause any direct damage but note the fact that a single hit subtracts a significant amount of body temperature meaning it can induce freezing and insanity.

It’s not very difficult to make water balloons; all you need is two mosquito sacks and ice to make water balloons. You can also fill up the sack with nearby pond water, so a quick visit to the pond will also do just fine. Another thing you need to consider is the right time to strike. During winter will be best to cause the freezing damage, which is equivalent to fire damage. Spring time or during dusk and night will be the best time if you want to drain sanity.

Unfortunately, this tactic has some drawbacks too. The trick doesn’t work against people with water proposing, and will only cause an awkward situation.

By emergency exit, I mean the most literal thing. That is to say, you can avoid many critical situations by simply exiting the game. This might seem the ridiculous and cheapest trick that I have given you so far, but it requires certain qualification. If the server is hosted by another player or it is a dedicated one, the world still goes on even after you leave, so use this fact to your advantage. Take, for instance, night is coming, and you have no source of light whatsoever, exit, wait for a while, and then come back. Now you will spawn in the game with a bright circle life from heaven.