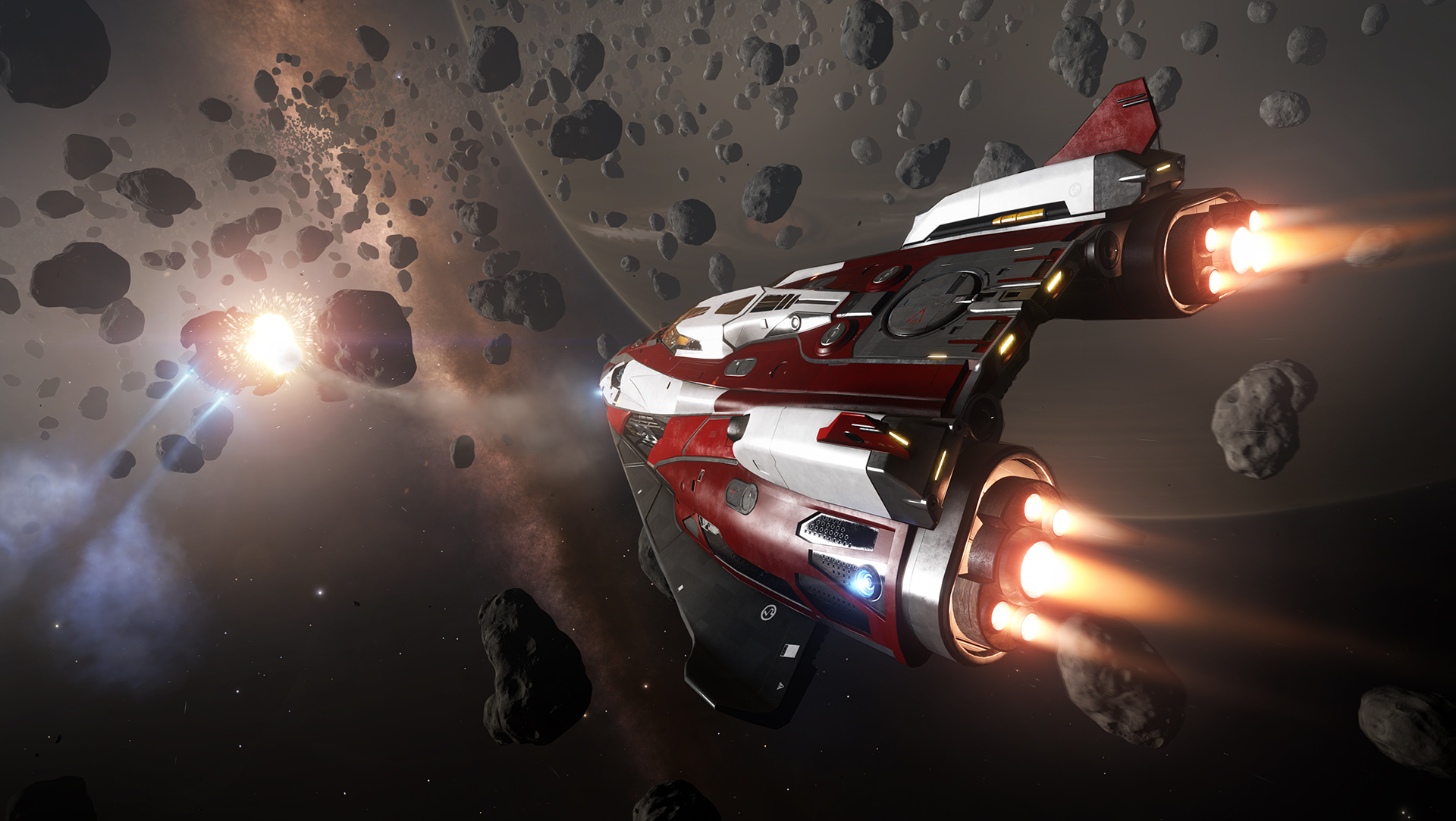 Mining is one of those professions that not a lot of people do because it involves the use of skills. It’s dangerous and expensive to start up because you need the correct equipment. You can’t just throw a pair of mining lasers on a sidewinder and make any amount of money you desire because this way it’s not going to work. There are different things that you can learn before you start mining:

The first and the most important thing you need to know is how to build a perfect ship, and it is equally important to find the proper places where can hope to collect expensive materials. What I’m using in the game is a type-9 heavy. For lots of newer players out there, it’s a rather expensive ship; it’s about 70 million credits for the whole ship. But you can also start with other machines like type-6; you can also do it in a cobra. My recommendation is that if you are just starting to get into mining, first get about 20 million, and then start off with a keelback. I think a keelback is a good initial mining ship because of some hard points you can have on it. Besides, its internals line up to make it very efficient. In fact, it’s more efficient than many other ships in some ways. The best thing about keelback is that it’s cost effective.

The thing that is most valuable for mining is your power distributor because it allows you to be efficient. If you have a shitty power distributor, you are not going to be able to get anything out of it. You will be spending lots of time, and you will be making tiny amount of money.

I would also highly recommend the shields; they don’t have to be too much strong, but sometimes the asteroids you mine are spinning, and they will hit you when you are not paying attention. And you don’t want one of these things to smash into your ship and turn in into a wreck. If you don’t have enough money, you can just use the smallest class-d shield generator on your ship; it is something that will absorb the impact from the hitting asteroids.

Traditionally, mining functions on your capacity to look for pristine metallic rings. You can also do it with ice filled process if you are looking for ice diamonds and things like that. Pristine metallic is always more cost efficient because you won’t have to dig through the entire asteroid. What you can do to save a lot of your time is that, pick most valuable things from any asteroid and leave everything else.

All you need to do is find a system that is relatively closer to you. What you ideally want is to make the successful export to the system, on which the economy is based. In the map shown below, you are supposed to find red lines that are going away from you. Then you have to connect with their system via an app to sell your stuff.

There are two ways to move into an asteroid: Going to a resource extraction site is very costly so don’t even think about it; going to resource extraction site means you are ruined. So, the second and the best way to enter one of these rings is to fly over the designated area and then very slowly nose down at low throttle until you are looking straight at it, at about 90 degrees, and then hit “Kill your speed.” You will then drop to 30 km a second, and then let just flow your ship into the ring. You will get an emergency drop, but you won’t get any damage to your ship, and it will put you in the middle of a place where there is no one.

There are two ways to do mining: the first one is better for ships with smaller cargo capacity, so if you are starting drilling, this is probably what you want to do. The second one is for big ships. The first one is if you come to an asteroid that you want for a prospect, you just have to zap it real quick until you get one fragment falling off. How it works depends mainly on the grade of the resource of the asteroid. The constituents of the drop will be between five and ten resources. However, if you hit them with the prospector drone, it multiplies the resource fragments that are in the asteroid by four. So, what you want to do is throw smaller cargo capacity ships first because initially, you are not hauling around, and loads of prospect drones will be a waste. At first, get one fragment to fall off, if it’s something you want, then dig it further with the prospect drones. Lock on the prospect drone collectors and don’t get confused.

For the bigger ships, we are just going to prospect it because we don’t care about one hundred credit prospect drones or even more. Besides big ships have more than 400-ton cargo capacity, so it’s easier for people with big ships to figure out exactly how many they need on average. One thing is sure that you get more fragments this way. There is a little bit of upkeep to this, but it’s not the point if you do it incorrectly with the correct setup because this way, you are going to be losing money in the way that trading is. You can buy a big ship and lose money if you are stupid, but if you are careful with the mining ship, that is not going to happen. Once you have the correct setup and you kind of understand exactly what you are doing, then you will turn a profit. The entire mining game depends on how much you know about it, and it will determine your profit.

The big four of the game are four elements that you should be looking for, and these are Platinum, Panite, Palladium, and Gold. These four elements are excellent, but you can also pick up osmium if you want, but you don’t have to. Osmium is not super bad, it’s about the profit of 7k a ton, and on the other hand, Panite is 40k a ton. So obviously, Panite is rare, but this is what you should be looking for. You cannot expect the game to be exciting all the time; it can be tidying as well. In the following picture, the bottom left corner shows the percentage of the prospect of asteroids.

If you have one of the big four that is above 20%, it’s worth your time. But ideally, you should be looking for around 25 to 40%. Or else you should find an asteroid that has more than one material from the big four, and both the materials are more than 25%, then it is acceptable. But, you have to explore lots of asteroids before you finally get one.

Ideally, you should have a ship that will mine as efficiently as it collects, that will minimize the amount of that you are not prospecting for new materials. Once you get the fragments from the asteroid, fly over them and put them underneath yourself. Then finally, put the ship on a perpendicular angle to them. This means the limpet drones will be able to pick them more quickly.