Square-Enix, it’s time you received a talking-to. We know it’s been a tumultuous time for traditional game publishers; you’ve been doing things the same way for decades, but then the mobile market roared in and turned everything around. Nobody expects you guys to take to mobile game publication as easily as a Tonberry takes to butchery. But gosh darn it Square, no other publisher has waffled between doing mobile so right (Final Fantasy Dimensions, Final Fantasy IV), and then so wrong (Theatrhtym Final Fantasy, Demon’s Score). Now we have Final Fantasy All The Bravest, a “game” that’s little more than a piggy bank for in-app purchases.

The real downer is that Final Fantasy All the Bravest has the potential to be a terrifically fun game. The concept alone is a riot: Thanks to some hiccup between dimensions, Final Fantasy heroes from across the ages suddenly find themselves forced to band together and take down wave after wave of enemies. Unlike the Dissidia Final Fantasy line of fighting games, there’s no discussion as to why this is all happening, nor are the battles one-on-one. The heroes just roll up their sleeves and jump on the bad guys at once in groups of twenty, thirty, and forty.

Most of the good guys fit into one of Final Fantasy’s classic “jobs,” including warriors, mages, monks, beast masters, geomancers, and much more. It’s honestly amazing to watch a colorful army of pixel-people swarm Chaos and munch on his energy bar.

Problem is, you have no control over your fighters. You don’t place them, you don’t tell them which enemies to attack, and you don’t instruct them on which attacks to use. You literally tap them, watch them execute their single attack, and then tap them again once their active time battle gauge has filled up. It’s a disappointing mechanic given that the Final Fantasy series specifically introduced the job system to make players think, balance, and strategize.

In fact, you don’t play Final Fantasy All the Bravest so much as you briefly interact with it. For the price of admission, you get to claw at your iOS screen and drive your fighters forward. When everyone inevitably falls, you simply wait for your guys to regenerate at a rate of one every three minutes. In its basic form, the game isn’t exactly thrillsville, but it doesn’t become an infuriating, offensive presence until you factor in the ballsy panhandling for in-app purchases.

Final Fantasy All the Bravest knows that its biggest strength is nostalgia, and it wants you to pay handsomely to indulge. Your basic fighters are nameless warriors, mages, and the like, but you can also bring Final Fantasy’s greatest heroes into the fray—if you cough up the dosh beforehand. For 99 cents, you can randomly summon the likes of Firion, Locke, and Squall into your army. Yes, “randomly;” even after you pay up, you have no idea who you’re going to get until he or she arrives. So if you root for Cloud but you get Lightning instead, tough nuts. Scrounge up another dollar and try again.

Final Fantasy All the Bravest is not beyond redemption. It has the potential to be amongst Square-Enix’s best mobile offerings—but some significant retooling would need to occur. First and foremost, the player should have more say in setting up and controlling units. What’s the point of having white mages and time mages that only attack and are incapable of healing or buffing? The fleecing via in-app purchases needs to go too, especially since All the Bravest is not a free game, to begin with. Either bring in all of the Final Fantasy series’ heroes and adhere to the game’s “cross-dimension” angle or don’t taunt the player with an expensive game of chance.

Square-Enix’s blatant attempts to rip off its fanbase are not going unnoticed, and it’s one reason why the company’s reputation has been eroding over the years. If Square-Enix fixes All the Bravest, it’ll be one step towards repairing its relationship with its fans, too. 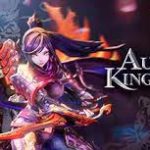 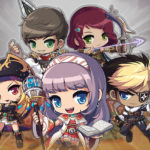