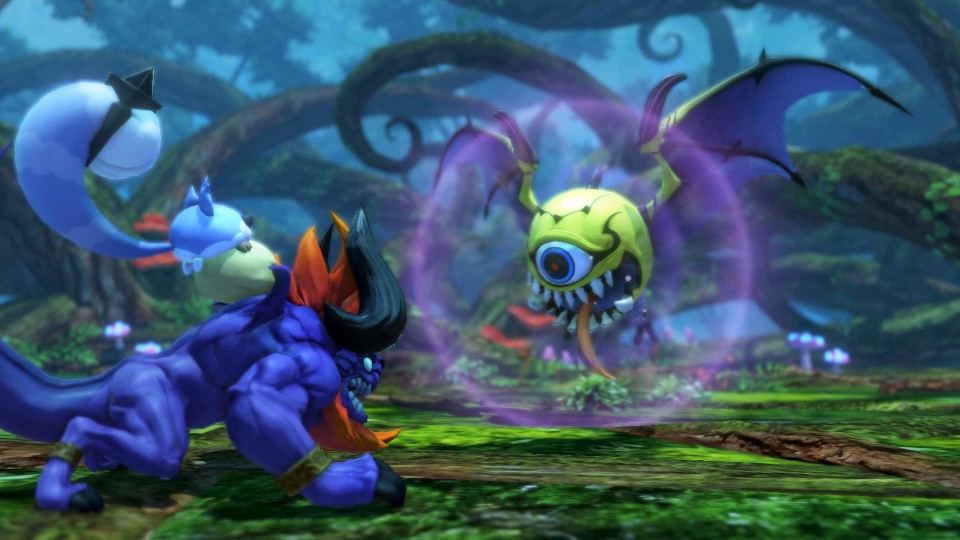 The good news is that World of Final Fantasy doesn’t just live up to my lofty expectations, it exceeds them. It’s an RPG that takes the monster-catching formula of Pokemon and builds on it quite substantially. It’s a Final Fantasy game that’s overflowing with nostalgia, but still manages to stand on its own. I’d go as far as saying it’s the best Final Fantasy in many, many years.

The basic premise is simple: you control Reyn and Lann, teenage twins who one day find themselves whisked away to a magical world called Grymoire. As it turns out, they’re heroes prophesied to save the world from some unknown evil, with the help of monsters called Mirages that they can catch and train.

It’s a very familiar setup, but it comes across as a deliberate homage. A big part of this is the fact that this narrative framework is fleshed out with plenty of other callbacks to early Final Fantasy games, spanning everything from characters and locations to specific events and even odd pieces of dialogue. However, the far more interesting part is the way World of Final Fantasy subverts the expectations that it sets up. It’s a wistful nod to the simple stories of yesteryear, but it also manages to turn that on its head and throw the whole heroic prophecy trope into question. I won’t say how, because it’s best discovered for yourself, but I will say that it’s rather brilliant.

It’s also very funny. Somehow, the ongoing joke of Lann being really stupid and Reynn constantly getting exasperated with him never seems to grow old, even after 40 hours in their company. With its wealth of cameos, the game never misses an opportunity to poke fun at itself and the Final Fantasy series in general. It often veers toward slapstick and absurdity, but that’s always underscored by great comedic timing and a sense of wit and self-awareness, turning potentially cringeworthy jokes into hilarity. On the other hand, there’s a much more sombre, serious undercurrent throughout the game. Even at its most ridiculous, it’s grounded in a subtle poignancy. That’s a difficult tightrope to walk, but World of Final Fantasy does it effortlessly.

Of course, the main appeal for many will be the game’s central hook: fighting and collecting famous Final Fantasy monsters. There are just over 200 Mirages in total, most of which will be familiar to anyone who’s ever played a Final Fantasy game – chocobos, moogles, tonberries, and so on. That said, nostalgia isn’t the only thing at play; there are quite a few original monsters as well, and you don’t need to be a fan to appreciate just how cute they are. There are also some fun, creative new takes on old Final Fantasy staples (“Mecha Chocobo” and “Suprultimate Weapon” are every but as silly as they sound), and some neat little Easter eggs for the diehard fans.

The hilarious descriptions found in the Mirage Manual are a particular highlight. There are plenty of nods to older Final Fantasy games and pop culture – and not just “remember this thing?” references, but actual jokes! Some have comical  observations of Final Fantasy series or RPGs in general, fun wordplay, or just sheer absurdity. Here’s Valefor’s: “Yuna’s ‘Faythful’ friend and companion, so to speak. She soars through the air, wild and free. Raise your hand if you’re feeling a wave of nostalgia right now! Hey, uh, speaking of nostalgia… did you know FINAL FANTASY X has been remastered in high-def?”

The combination of sentimentality, cuteness, and collectibility was always going to make the journey to complete your Mirage Manual an exciting one, but World of Final Fantasy goes one further by making the actual process of catching them interesting. You trap Mirages in “prismariums”, but you can’t do this until you trigger a “prismtunity”; how exactly to do that varies from monster to monster. For some, it’s a simple case of reducing their HP, a la Pokemon, but others will need you to hit them with a specific elemental attack or status ailment, land a counter-attack, or even heal them. This could potentially be a trial-and-error nightmare, but you can usually find out what you need to do by casting Libra, letting you focus on trying to create the prismtunity.

Some Mirages can’t be caught at all, and can only be obtained through “Transfiguring”, which is a bit like Pokemon’s evolutions except that they’re not permanent; you can switch back and forth at any save point. This is important, because with World of Final Fantasy’s clever battle system, you can’t just load your party full of your strongest, fully-transfigured Mirages. Every Mirage is designated a size, and though you can bring up to six characters into a fight, they need to be arranged into two stacks – a large monster on the bottom, medium in the middle, and small on top. The cumulative stats of each stack are obviously a point of consideration, but so too is the composition of their ability sets and any powerful stack abilities that you might be able to unlock with the right pairings.

If you want to dive into it, there’s plenty of depth when it comes to customising and perfecting your party. That’s one of the reasons why, as much as World of Final Fantasy is a game aimed at Final Fantasy fans, it has enough to appeal to people who’ve never played the series before as well. You could strip away all the Final Fantasy-ness, and you’d still be left with a captivating monster-collecting game with an intriguing story, deep RPG and collecting mechanics, and a robust battle system. This game is a wonderful celebration of all things Final Fantasy that won’t just entice old fans, but will also create a whole generation of new ones as well. 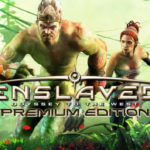 Enslaved: Odyssey to the West Premium Edition – Save Game
Next Article 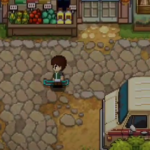