She appeared in Fire Emblem: The Binding Blade. Her hair is held in a ponytail in purple color and she brings a long sword around with her. She travels the world in search of stronger opponents to improve her swordplay. 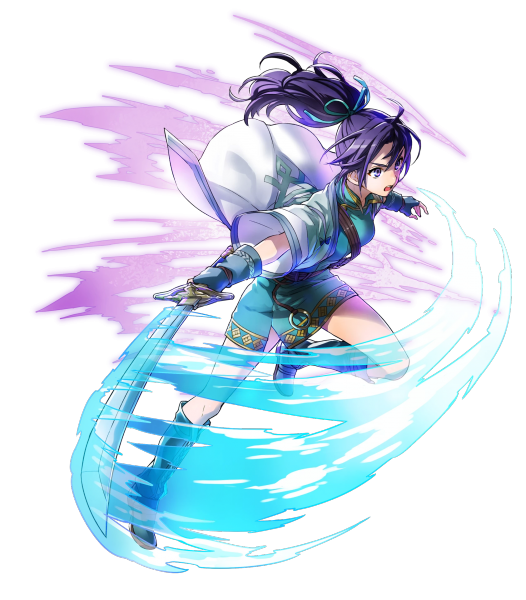 This is your Fire Emblem Heroes Beginners Guide plus EVERYTHING we have written about the game. How do you begin playing? Who are the best characters? Tips? Find them all here.

Her passive skills give her a speed boost which makes her ideal for quick attacks. Additionally, her ability to pass through opponents lets her get away in sticky situations but only if her HP is around 75%-25%. She will have to rely on team units to take out the rest of the enemy units.

Despite her speed boost as passive skill and ability to possibly evade enemy units by passing through them, her attack power is very low. This makes her unreliable against enemy units with either high HP or high DEF. She is not suitable for long battles. Quick attacks is the most effective way of using her as a unit.

Her passive skills such as speed boost and passing through enemies are very helpful. The more you use her, the faster you are able to use special skills as well. She is very suitable for a highly defensive stance in battle.

However, Fir is not recommended against enemy units with high DEF or high HP since her attack power is low. She is for picking off weaker enemy units like healers or to just lessen enemy numbers for easy win.