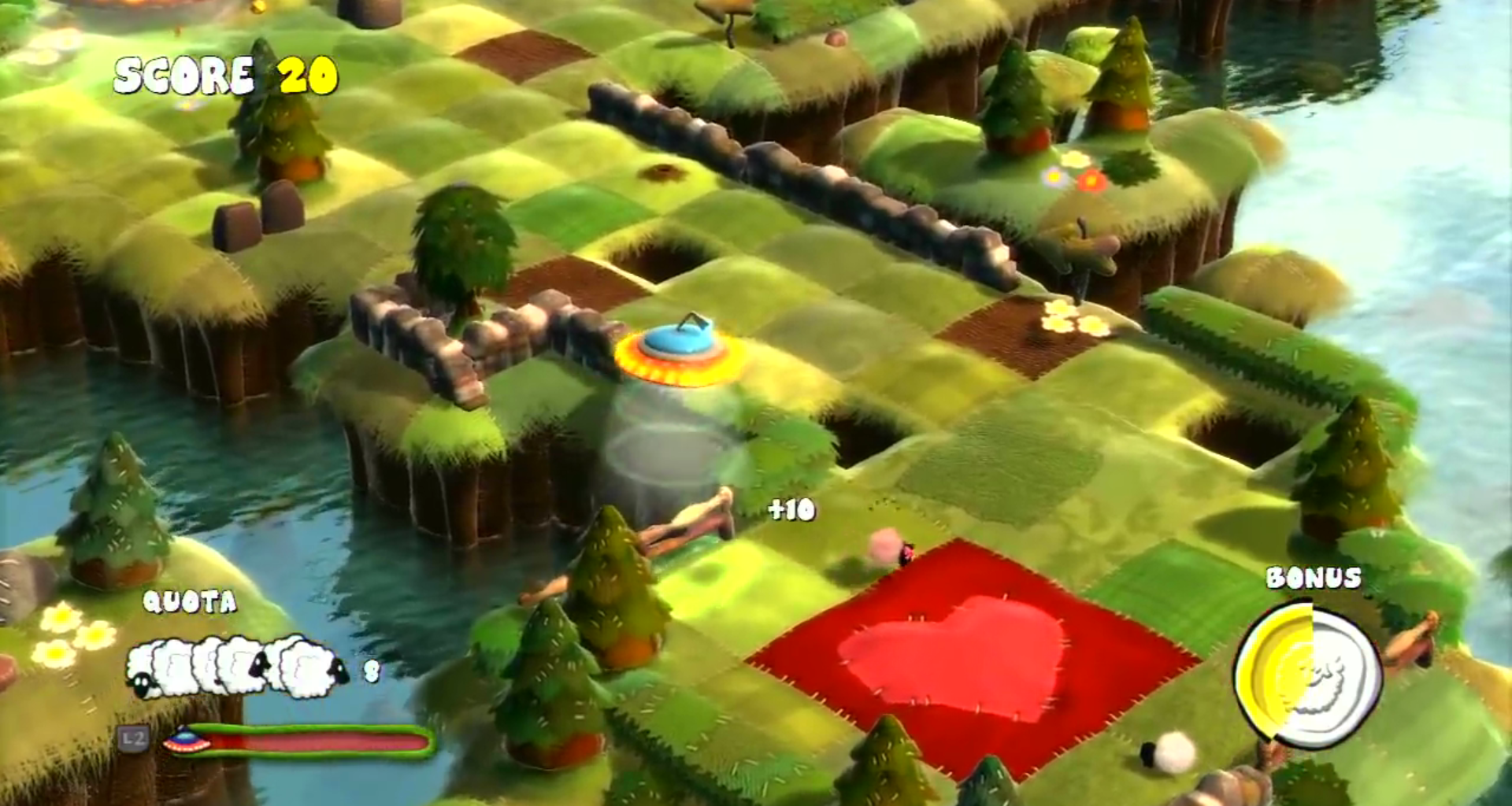 Flock seems like a childish title on the surface, but like many Xbox Live Arcade titles of this ilk, first impressions most definitely deceive.

The premise is that you control an alien space craft, on a quest to round up sheep, cows, chickens and pigs to your mothership, dubbed as the ‘motherflocker’. You do this by using a smaller space ship, designed as you very own flying sheep dog, herding the animals in the direction you want them to move, while not having any direct control over where they go, as they are after all still semi-wild animals.

The game is at a leisurely difficulty to begin with, as your main obstacles will be gates that are inaccessible, although a quick trip through a water fountain will shrink the sheep, enabling them to squeeze through the fence. Things soon get tricky though, as sheer cliff faces are introduced, as well as different kinds of livestock, each with their own quirks and, for lack of a word, abilities.

Gameplay can become finicky at times, as your flying sheep dog will seemingly have no effect on some livestock, who want to cause their own demise by taking sharp turns in to pits, or over cliffs in to the sea surrounding the paddocks. The livestock also have a problem with crossing fences which has been knocked down for that very purpose; perhaps they’re afraid of getting splinters in their hoofs?

Flock also features a hugely in-depth level editor for a XBLA game. You have the ability to play and modify everything you experience within the game’s campaign, altering it to suit your artistic wishes. For instance, you can change the season the map takes place in, as well as how many and what types of animals you need to complete the level.

Visually Flock is one of the better looking XBLA in the marketplace at the moment. Everything looks lush and vibrant, which fits well with the overall theme and atmosphere of the game. The changing seasons add a nice touch, and it’s cool to see the landscape in winter, juxtaposed to a summer paddock.

Personally I’m afraid that Flock’s gameplay quirks will harm the experience for many gamers. I didn’t find them game-wrecking by any stretch of the imagination, but there will be some people who will throw their hands up in despair. Past this however, is a title full of charm and a great interval to full blown retail games.