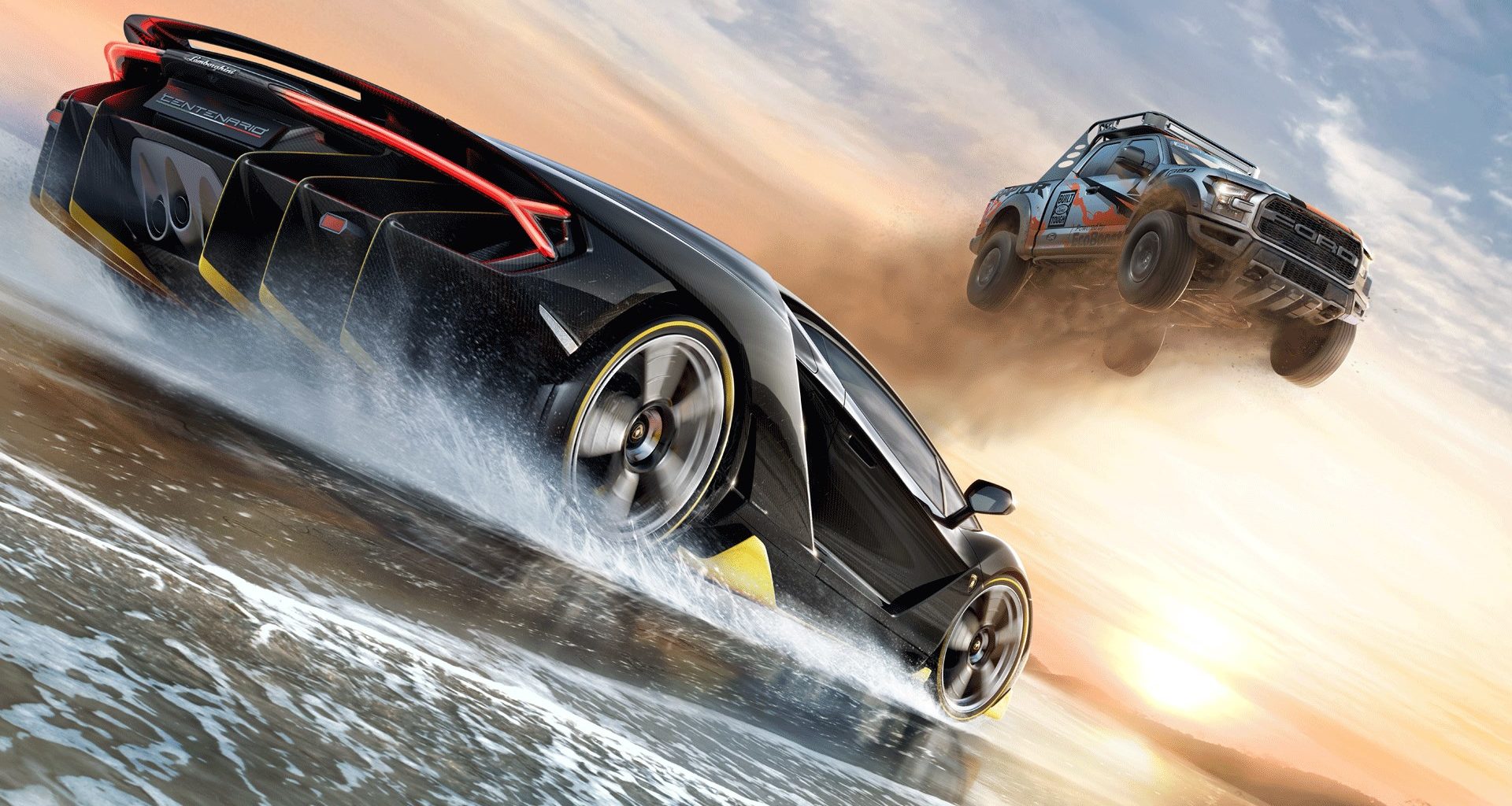 Playground Games have done it again.

Forza Horizon 2 was my favourite game of 2014, its replayability giving the open world driving game plenty of legs, with MyRepublic gaming nights still being held regularly by NZGamer.com two years on.

I didn’t think driving around Southern Europe could be topped, but with Forza Horizon 3 shifting the locale to Australia (and imbuing the aesthetic and spirit of the country in the process), adding new features, and making advancements to graphical fidelity, I’d be hard-pressed to find another driving game that’s better than this one in 2016, and would consider it a contender for game of the year.

Moving the setting to the southern hemisphere for the first time, Playground Games upped the ante on how a driving game should look and feel. Recreating the Outback, the Yarrow Valley and Gold Coast is not an easy task, but the team has gone a long way to realise their vision. New technologies like HD video capturing have replicated the Australian skies (the night sky especially, look breath-taking), foliage in the rainforest that dominate the southern part of the world, and residential high-rises that line the northern beaches. Everything in this world looks almost photo-realistic, and I found myself capturing more photos in Forza Horizon 3 than I did in 1 and 2 combined.

Driving northward along the Great Ocean Road into the glamourous Surfers Paradise evokes the feelings of entering Nice for the first time in Forza Horizon 2. Venture westwards, however, and you see an environment ripe for racing that Italy and Southern France just can’t replicate. The Outback is littered with sand dunes, perfect for rally vehicles to launch themselves off, careening into the air. The rainforest is a playground amongst natural landscapes: asphalt roads surrounded by thousand-year-old trees, occasionally intersected by shallow rivers. There is so much variety that the developers accurately capture the feeling of driving across all of Australia, and not just a portion of the country.

The heroes, of course, are the vehicles, and Forza Horizon 3 does not disappoint. At last count there are 425 vehicles available for you to drive or take photos of, which is over twice the number of vehicles available in Forza Horizon 2. Apart from the staple of European supercars, and old school American muscle cars, Playground Games have also introduced local flavour to the repertoire. The Holden HQ panel van, the Ford FPV ute, and Holden’s HSV GTS Maloo are all available for either purchase or to find in barns. Including these iconic Australian vehicles show just how much the developer have invested in not just the location, but the car culture within.

Of course, no racing game is complete without modifications, and Horizon 3 has them in spades. From engines, to brakes, to tire width, nearly every component is upgradeable. This includes car horns, and I’ll be sure to blast out “La Cucaracha” any chance I get.

In previous Forza Horizon games, you played as a participant in the Horizon festival, driving from spot to spot to compete in championships. Not this time. You are now the boss, responsible for running the festival and opening new sites at various locations. The new story mechanic makes for a more interesting play through: Instead of arbitrarily choosing a city to drive to, you are now in charge of finding race locations to unlock, competing in championships to earn fans in order to upgrade each festival site, before unlocking the next site of your choosing.

Within each race location, you can create your own track using blueprints based on a variety of vehicle restrictions and the number of laps. The fact that you have the choice on which location to open up and tweaking racing criteria helps tailor the game to the way you want to play.

A new wrinkle to the levelling system is the introduction of fans: On top of racing for credits and XP, you also gain fans with the completion of each race or challenge. The number of fans you gain determines when you can upgrade your festival site, or expand to a new location. The ability to choose your own character and name adds to the customized experience.

Forza Horizon 2 introduced skill points that you can earn to unlock skills, but they were pointless once all the skills had been unlocked. Forza Horizon 3 builds upon this by keeping the skills ladder, but with a couple new twists: Firstly, they’re split into three categories: Boss, skills, and rewards. Each has its own path, and most are permanent, with the instant rewards ladder unlocking one-off perks. Secondly, in the top tier of the skills and boss ladders there are selections that give you temporary boosts, such as starting at the front of the grid for the next four races, or earning double credits for the next exhibition race. This prevents the skill points you earn from ever becoming redundant, and gives more motivation to continue earning them once you have unlocked all the permanent ones.

Venturing off the state highway and onto the internet super highway, Forza Horizon 3 has added to what is an already robust online experience. A new game called Flag Rush is my personal highlight: players race to pick up flags and take them to the drop zone to earn points, while others try to steal the flag and claim the points for themselves. Playing in a session with developers and other reviewers, the exhilaration we had trying to bring the flag back to the zone, only to have it ripped off our hands at the last second and scored by someone else, makes the online mode more exciting than it already is. With the blueprint mode also available on multiplayer, the variety of racing is endless.

The new online co-op campaign adds another dimension to playing out the story, with progress made in online saved to your own game, meaning you don’t have to complete the same challenge or championship twice.

Playground games have been generous with lag prevention, too. On a number of occasions during online races I avoided unnecessary collisions due to lag by having vehicles ghosting through each other. The issue was prevalent in previous Horizon games, especially for someone like myself with low bandwidth, so a remedy to mitigate this was a welcome fix.

There’s nothing about this game that I had any major issues with, only a minor graphics stall at the beginning of barn discovery cutscenes. My only wish is for an audible cue during the countdown to selecting a vehicle during online races, which frequently lapsed on me in the previous iteration, when I have to scroll through a large roster. A fix for this is the ability to save favourite cars, pinning them to the front of the list.

I am very impressed with the improvements Playground Games have implemented in Forza Horizon 3, while also reshaping the progression mechanics and revamping the story to make it interesting to play. I can’t fault the game on any aspect, instead, it’s giving me more motivation to buy an Xbox One S to take advantage of the HDR capabilities. Microsoft’s fall season has started strong with the release of Forza Horizon 3, and Playground Games have set the bar high on how current generation driving games should look and feel.