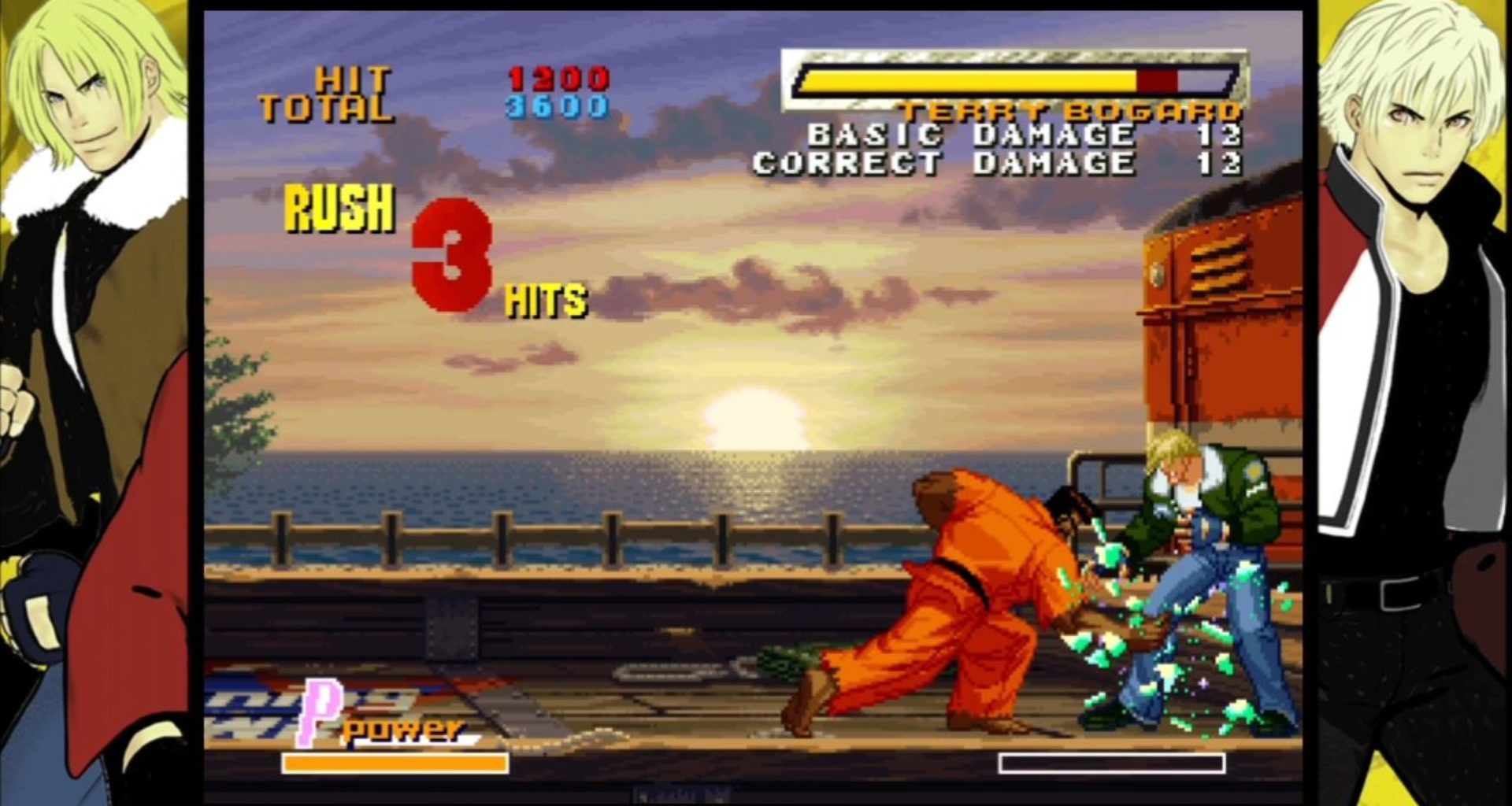 Garou, Mark of the Wolves, for the uninitiated, is the ninth game in the Fatal Fury fighting game series. Originally for the Neo*Geo arcade / home console system, Garou was ported to Sega’s Dreamcast system in 2001 where it was critically acclaimed – some lauding it as the finest fighting game on the platform, which is no mean feat.

This version is a direct port – there’s no fancy up-res’d sprites or graphical treatment here, just pure 1999 video gaming visuals at its finest. Sure, you get some high-res game art to fill in the sides of the screen that 4:3 visuals won’t, assuming you have an HDTV, but that’s it.

Gameplay-wise, the game hasn’t changed much either. There are 12 characters apparently available to play, with the two boss characters (Grant and Kain) selectable by moving your cursor off-screen. Each character has an assortment of moves available, each of which is triggered by doing a classic combination of movement plus button press (if you’re at all familiar with any Street Fighter character, you can just dive straight in and figure out a character’s move set for yourself without assistance).

Once you get to low health (or an amount of health specified before the bout), you enter the “T.O.P. zone” (tactical offensive position). While in this zone, you will gradually gain health back, your attacks will do more damage and you can perform your character’s T.O.P. attack. This system works well in that it gives players who are nearing defeat an opportunity to turn the tables as their opponent closes in for the kill.

Another new feature to Garou is the concept of “Just Defense”. If you block an attack at the last second (similar to a parry in Street Fighter), you will “just defend” the attack – this gains you back a small amount of health and works with any attack (including supers), and even works in the air, a place where you otherwise cannot block at all. The timing for this is tough but if you master it you’ll become a truly devastating foe.

The characters are incredibly balanced, with no clearly superior combatant in the roster. While Grant seems impressive initially, he quickly becomes exposed by a skilled player familiar with Just Defense. Each character’s combination of moves and technique is complemented by an artistic flair in their animation, presentation and voice (relatively speaking, obviously).

The fighting engine is seriously in-depth, as you might expect for the ninth game in a series by SNK – the fighting game people. You can pick it up and play it at a basic level almost immediately (helped a great deal by the excellent difficulty system) yet you’ll still be learning the intricacies of the system many months after first playing it. Sure, it’s hardly pretty and the chances are good you’ve never heard of it, but if you’re hankering for a solid fighting game and don’t have the wherewithal to import BlazBlue, you could do much worse than this.