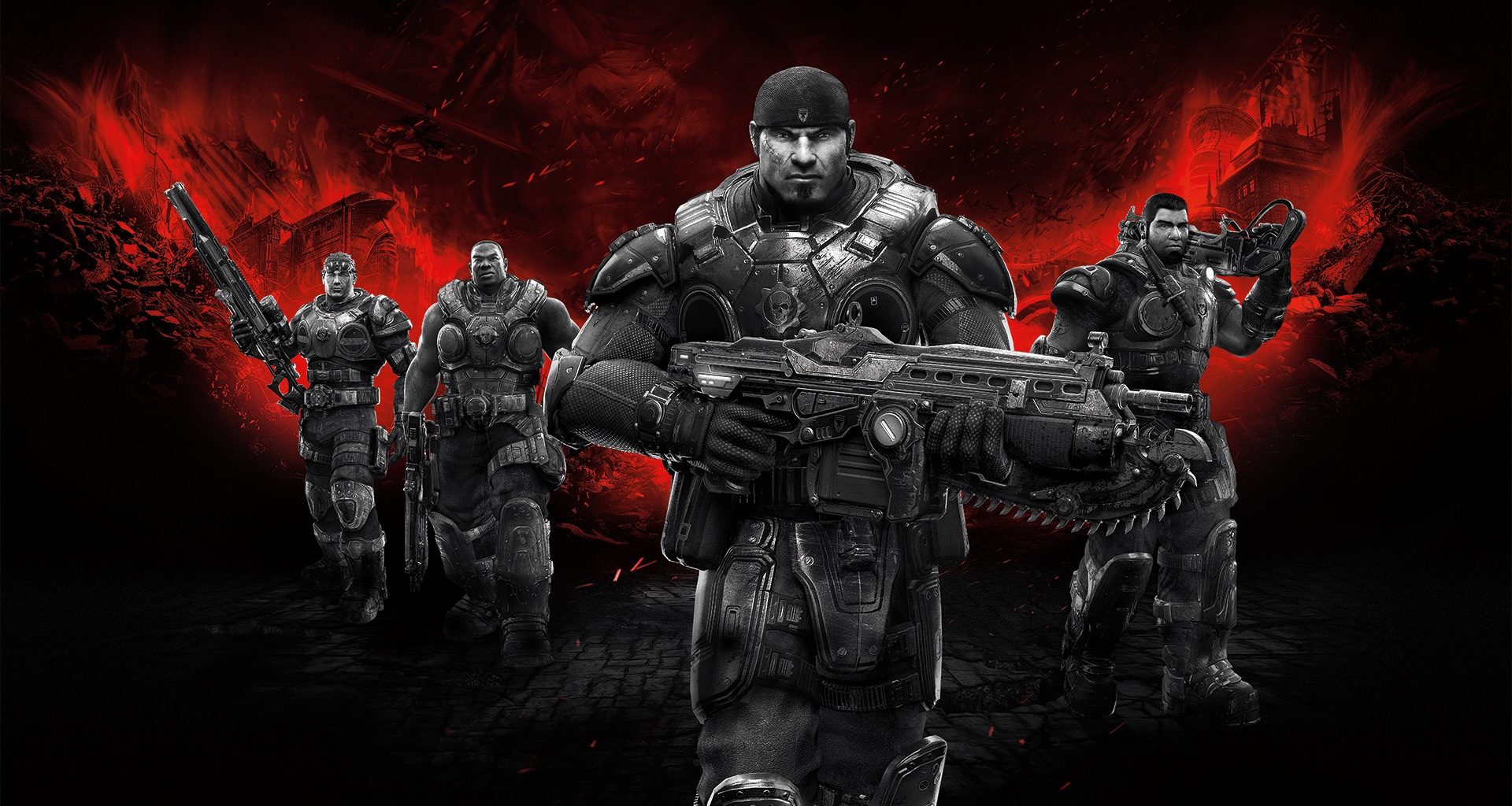 The original Xbox 360 version of Gears of War was something of a turning point for Microsoft’s latest console. Well, perhaps turning point is the wrong phrase to use, but it was certainly one of the first games around that truly felt ‘next gen’- at least to me. I was impressed not only by the graphics and the gameplay, but by the way the game managed to keep me entertained throughout. It actually felt like a real step above the majority of other action games around at that point.

Now the title has been ported to the PC, and computer users could be forgiven for approaching this one with a sense of anxiety. After all, many ports are done absolutely terribly, and wind up being far inferior to their console brethren. But you can breath easy here – this is the kind of port that raises the bar for all the other adaptations out there.

For those who haven’t tried out Gears of War before, it’s essentially a third person shooter that has you killing lots and lots of bugs. But it’s the execution that really makes this game stand out from the crowd. The graphics are really good – both technically and artistically – and there are so many cool visual effects that you’re constantly being impressed. This is combined with some extremely fun, tactical, intense, and – above all – polished gameplay that rarely becomes anything less than excellent. Overall, Gears of War simply feels remarkably cohesive – all of its elements combine to create a great gaming experience.

The PC version thankfully maintains this cohesion. If your computer can handle it, the graphics are even better than they were on the 360. If you don’t have the best computer in the land, the game scales fairly well, but it’s a shame to run something like this on lower settings. Importantly, a good deal of care has been taken to get the mouse & keyboard control scheme working just right. You use the WSAD keys to move, the mouse to aim and fire, and the space bar to run and get behind cover. It works just fine, and the mouse controls allow you to target enemies a lot faster and more accurately. Additionally, if you have a 360 controller for Windows, the game fully supports that too, along with any other standard PC controller.

In addition to an improved reworking of the original experience, Gears of War on PC also features a handful of new levels towards the end of the campaign that try to fill in a few of the more pressing gaps in the game’s (laughably inept yet still enjoyable) storyline. These new levels are good fun, but they don’t quite gel with everything else – the feel of the levels are somewhat different to the original ones, and are generally more open-ended. Still, it adds on to the game’s fairly short ride, and makes this version a lot more tempting to owners of the original version.

The multiplayer modes work just as well as on the 360 – if not better. While not quite up there with something like Halo, the team-based tactical game modes are a blast to play if you can find some semi-decent players. There’s also a lot of content here now – all the additional content released over Xbox Live is available here from the get go – so you could potentially lose yourself online for some time to come.

Overall, this is a great game done better. The graphics are improved, the gameplay remains intact, and some quality content has been added into the mix. If only every port to the PC were like this. If you haven’t played through Gears of War before, or if you want to check out the new levels, or even if you just like action games in general, you owe it to yourself to check this one out.