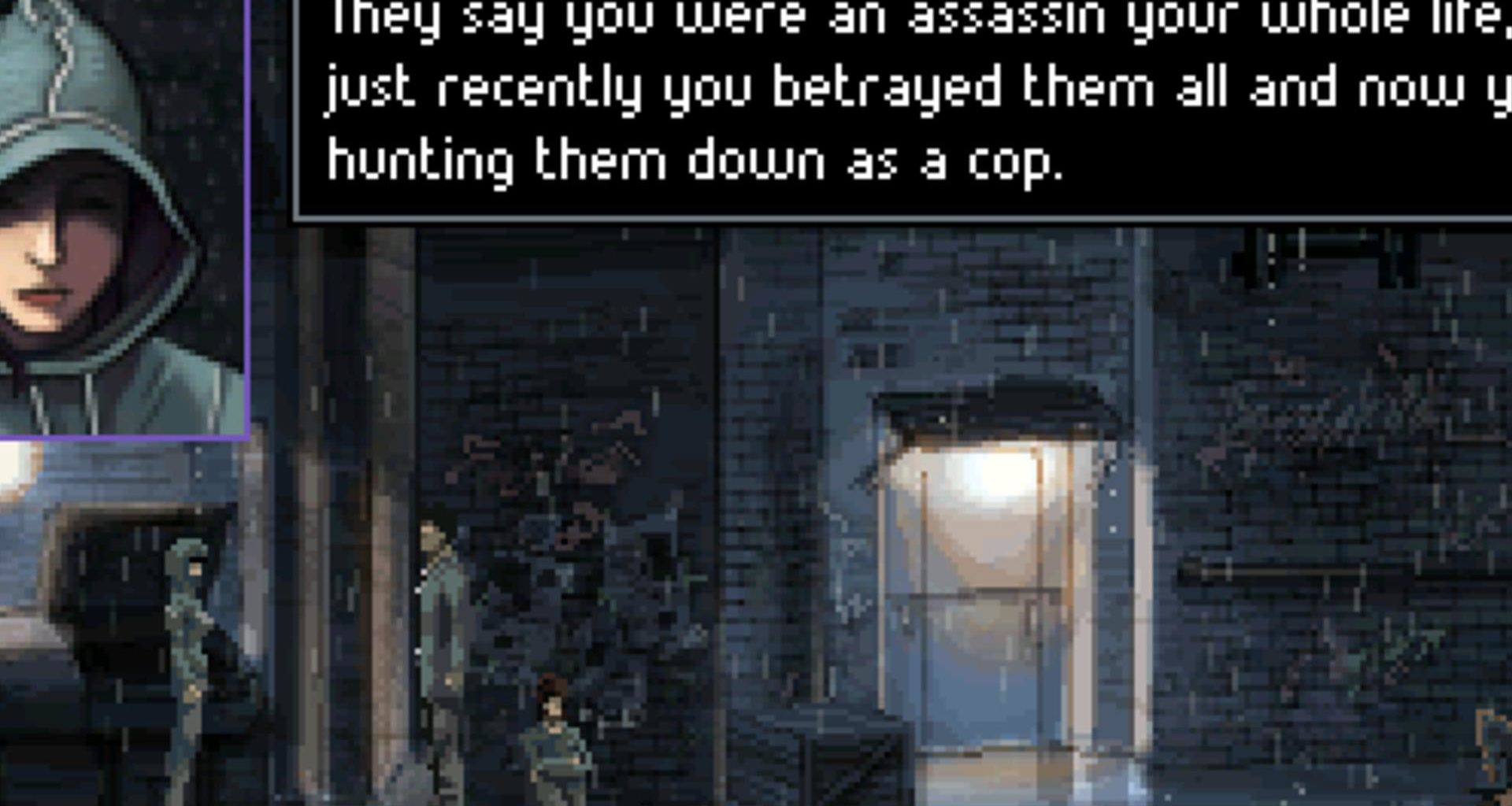 It’s always hard constructing a detective story. They are hard enough to write – let alone to play. There’s just something about cramming that much intrigue and mystery into one discreet package that most authors, creators, and game designers find a little challenging.

Not that they haven’t given it a go of course. Detective noir storytelling has been one of the staples of our industry for years now. As early as Carmen San Diego, as adolescent as Max Payne or as recent as L.A. Noire, gaming doesn’t seem to be able to get over its love affair with the wily cop.

And thank goodness for that, because Wadget Eye Games’ Gemini Rue is a damn good attempt at showing us what new tricks can be done with old dogs. That’s not to claim it reinvents the wheel or exposes you to noir-gameplay on a level we’ve never experienced before; it’s just that it knows what it’s doing and it does it damned well. As an overall summation, Wadget Eye Games have managed to pull together an adventure title that is solid, stylish and skilled.

That alone is quite the feat, because Gemini Rue has an interesting back-story. This title, originally called Boryokudan Rue, earned its chops in the indie world. It was the Student Showcase Finalist at the Independent Games festival in 2010, and it got a look in at both E3 and at 2010’s Indie Games Arcade. So, in the underground world of indie adventure titles (which still valiantly marches on in defiance of modern genre norms), the newly renamed Gemini Rue has gotten tongues wagging quite a bit.

Thankfully, it can rest easy. The result of this underground germination is a title that ticks all the right boxes and provides the thinking gamer with a satisfying adventure experience.

Gemini Rue’s mechanic is pretty standard fare for adventure titles. It’s a simple mouse-pointer interface that lets you interact with objects and people in order to progress the narrative of your story. Pick up stick… smash it through that door… get it stuck… exit the game because you can’t figure out what to do next – you know the style. And it implements that style in a proficient and easy to use kind of way, which is neat, because sometimes noir adventure titles can get a little carried away bogging you down in the murky mire of levelled inventories and pages upon pages of automatically scribbled case notes. Administrating all that ain’t fun, and Gemini Rue neatly sidesteps the lot.

“provides the thinking gamer with a satisfying adventure experience”

However, sidestepping, and by this I mean literal sidestepping, is somewhat of a problem within the game’s. Adventure games have always been a little bit plagued by characters never seeming to want to go exactly where you want them to, and Wadget Eye Games seems to just have accepted that they aren’t going to be the ones to fix the problem. Which, to be honest, is fair enough for an indie title just trying to get the basics right. However it’s not the only minor quibble that detracts from the game’s experience. In trying to get those fundamentals down-pat, Wadget Game’s have also borrowed heavily from the trusty ability to repeat actions via the double click. This mechanical device is interesting because while it’s a good idea in theory, it often leads to frustration when ponderous gamers (such as your humble author) forget what action they last used – leading to some rather unexpected character animations.

The title’s variety quickly moves you on from such minor frustrations, however. The well placed (but rather easy) sequences of shooting action, which break up the gameplay’s point-and-click flow, provide enough of a change to keep your head in the game. You will also be spending quite a few hours pondering Gemini Rue’s puzzles; not because it’s terribly long – it clocks in at around eight hours if you power through it – or because its diabolically hard – it’s actually rather easy – but because it’s managed to lock in the one game ingredient that’s absolutely critical to a good adventure romp: the story.

Gemini Rue has done its homework and it shows in the narrative on offer. Through the use of dual narrative (in grand style), it follows the twisting paths of both the intrepid Detective Azriel Odin and Delta-Six, an unnamed man who’s had his memory wiped and his weapon skills sent off the charts. To explain any more would do you the disservice of finding it all out for yourself – but it’s a worthy contribution to the genre. By being part, part and whole lotta, how could it not be?

Perhaps the most obvious manifestation of this bleak dystopian storyline is in the game’s presentation. At first glance it looks a little crude – we definitely aren’t talking high decal textures or HDR lighting here. Gemini Rue was obviously developed on a shoe string, but when given lemons, the creative make lemonade. And when you take a step back, there is a strong case to be made that the pixelated graphics and blocky textures only add to the title’s dystopian feel. Rain pouring down over buildings and walkway coverings is great when it’s rendered to the nines – but there’s something grittier, nastier even, when it’s presented with a roughness that can only be achieved through old graphical tricks. Atmosphere is the currency of the adventure genre, and Gemini Rue has got it in spades, from the look and feel to the audio on offer. Although, don’t overinflate your voice acting expectations, well written and moody it may be, but Mark Hamil it is not.

“Atmosphere is the currency of the adventure genre, and Gemini Rue has got it in spades”

The adventure genre seems to be going through a little bit of a revival at the moment – which can only make old [what? you’re practically a child! – Ed.] fans like me happy. And it’s good to see indie developers sitting down with the classics and putting the old pieces together in a new way. Wadget Eye Games has done this, and the result is an atmospheric moody title that is helped, not hindered, by its technical limitations. Sure, it has a few minor operational issues – but is that enough to over-ride its commitment to thorough characterisation and a good yarn? No it is not. Not by a long shot.