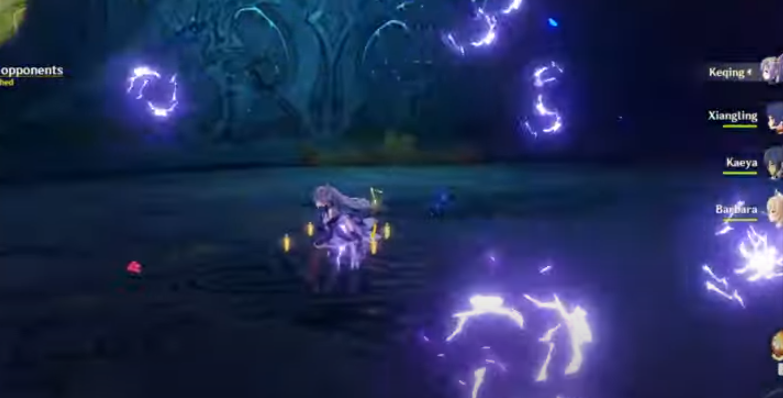 In this guide, you will learn how to beat the Abyss Herald boss in Genshin Impact. Go through the guide and follow all the instructions to counter this boss.

You will face Abyss Herald boss multiple times in the game during Chapter 1’s final questline story. He is a water-type enemy, so you have to use ice heroes or electro to defeat him.

He will get into a new phase when his health is 30%, he will have the water shield, and you can’t damage him in that phase. You can only damage the shield; use the elemental attacks to give huge damage to his shield. If you have the ice character, the ice will give a massive amount of damage to his shield, as shown in the image below.

If you are using electro a character, the electro attacks are also very helpful, but you must have an ice character to defeat the boss.

Abyss Herald swings his sword and shoots a lightning blade on you. He can attack you with two different lightning blades simultaneously; you have to dodge that attack, as shown in the image below.

In his third attack, he will equip two swords and attack you with a huge arrow of blue energy in the form of a straight line while you are standing in front of him. You have to dodge it as well to avoid damage.

He will also make a super spinning attack and attack everything around him, spinning both his blades. You will need to stay away from him and wait till it ends and then attack him again.

When he is at 20% of health, he will do a charging explosion and freeze you near him. In some cases, he will do an explosion which will go in different directions after these attacks, and it is very hard to avoid.

In another attack, he will start spinning around and do a spinning attack three times back and forward. So you have to be careful and don’t get hit by him because it will hurt you a lot and give you extra damage.

You can also stop him by freezing him and then give him as much damage as possible. He will start spinning again when he gets unfrozen, so you have to dodge as much as possible. Sometimes he will also do some slashing attacks on you, which is just a basic attack, and you can easily dodge it.

When you fight him last time at the end of chapter 1, he will have Abyss Mages with him. You first have to kill those before fighting the boss and then counter him. 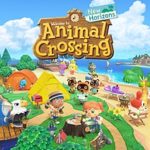 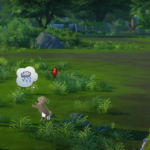 How to Cause Death By Rabbits And Chickens in Sims 4