In this guide, you will come to know how you can do ancient hunts efficiently in Minecraft Dungeons. You have to give away some of your weapons and armors to start and complete this mission successfully.

Firstly, you will have to give away some of your weapons and armors as the Ancient Hunt can bring about ancient mobs and gilded gears.

The better weapon or armor you give away, the better chance you will have to do Ancient Hunts efficiently. It is recommended not to give away all your enchantment points into the Ancient Hunt mission, if you don’t have many points at the start. Because you will not get your given away items back even if you complete the mission successfully.

Moreover, it is highly recommended to save your green tier items, which you will get after completing other missions and then use those items as a giveaway in Ancient Hunt missions.

You will find some doors there as well where you can enter. And you will either find a chest room or an ancient mob arena.

The scene will have a button in the middle, which will gather the ancient mob. You have to be ready before pressing that button because the mob is going to hit your mouth. You have to dps the mob down, and you have to stay alive. Now, rather than throwing items, the mob and ancient hunts will start throwing gold bars.

You can trade these gold bars thrown by the ancient hunt with the new Piglin Merchants for gilded weapons and armors.

In this way, you will be able to do Ancient Hunt efficiently. 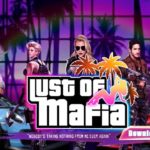 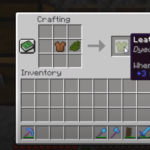 How To Make Green Leather Tunic