The lights, the noise, the cool prizes (from stuffed animals to ice cream bars) in the crane machines waiting to be snatched. Japanese game centers are a once in a lifetime experience (and they remain popular and profitable despite arcade game declines in the rest of the world!).

Typically Japanese arcade games can be categorized as prize, gambling, video, simulation, and photo booth games. Here are some arcade titles and games you should check out if you find yourself wandering in Ikebukuro or Akihabara! 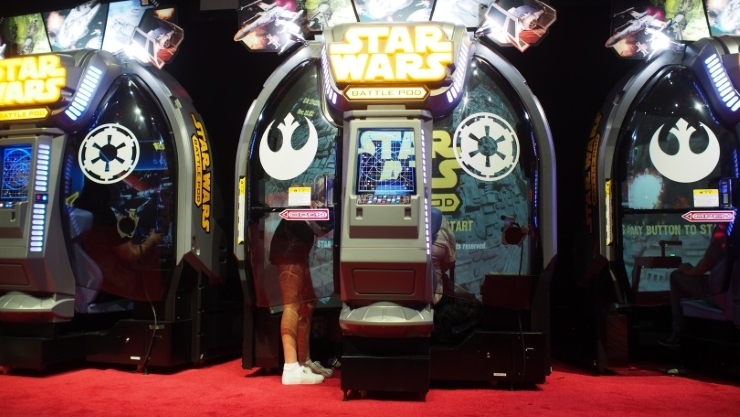 Luckily, I had a chance to play this in December near Yokohama and it was worth every penny. Bandai Namco has made these pods available for sale, but you’ll have to hand over $35,000 to own one. The other option is going to an arcade and playing for around ¥200.

This battle pod has amazing visuals and encloses you in your seat making you feel like you are really fighting a battle against the Empire! The controls take awhile to get used to, but if you are a Star Wars fan definitely check this out! 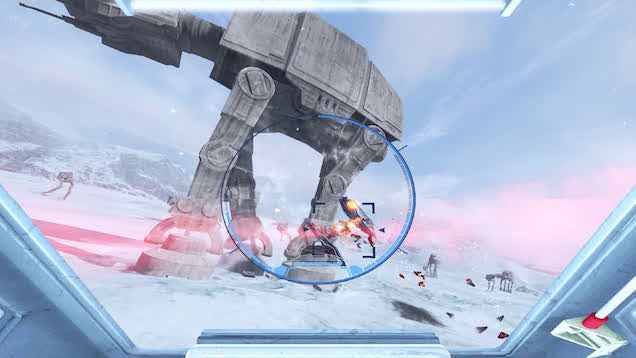 Star Wars Battle Pod might not be good enough to justify paying $35,000 to have at home, but there’s no denying it’s the most fun I’ve had with an arcade game in years. 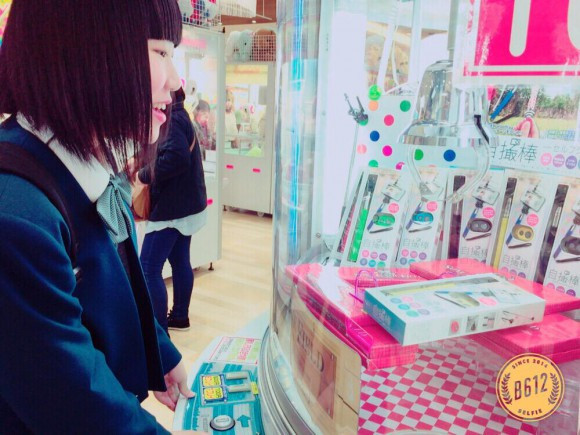 Japanese crane machines are a level above anywhere else. I’ve seen ones that have cheese and crackers, ice cream, socks, and other oddities available as prizes. A lot of cute stuffed toys and cool items available make it fun for everyone as there is a prize for any type of taste.

Last time I went I grabbed a kit kat bar from one machine and then won a Baymax stuffed toy that I sent to a sister in California (she loves it). If you have a chance, try a crane/lever game at any Japanese arcade or game center! 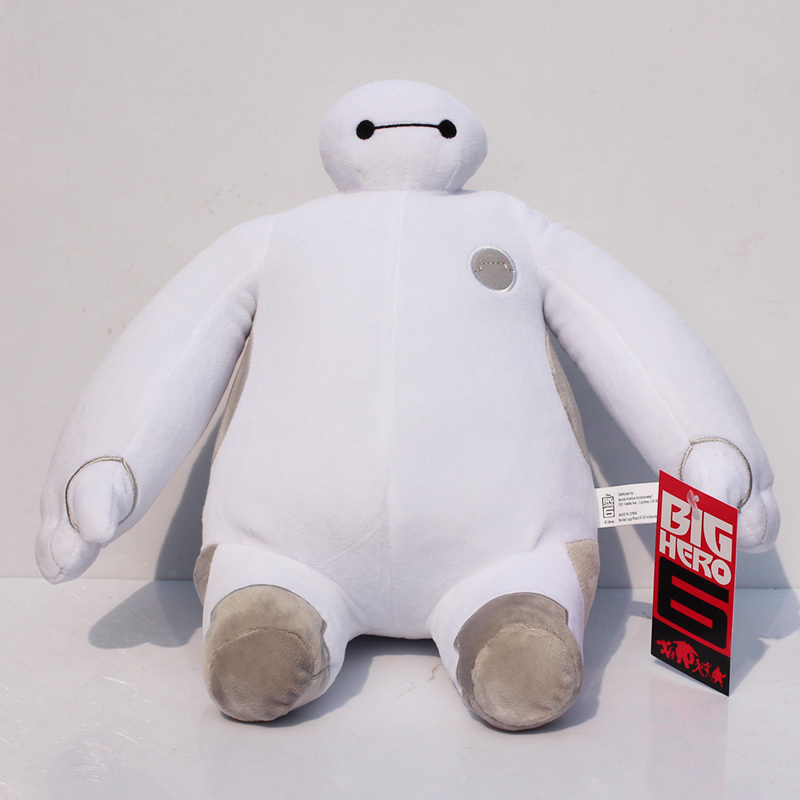 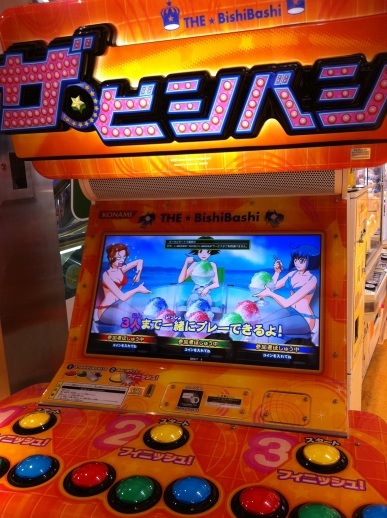 Bishi Bashi is a series of arcade games that also has versions for console, mobile, and windows! This arcade game has been voted as the “most loved” game and also weirdest game that people have played.

Supporting 1-3 players, Bishi Bashi has three buttons of red, blue, and green color that must be used according to each mini game’s instructions. One mini game lets you control a wedding bride who is running to her wedding guests. She then proceeds to throw a pie at her guests. The player who runs the fastest and throws the pie the farthest wins! That would be a fun wedding to go to… 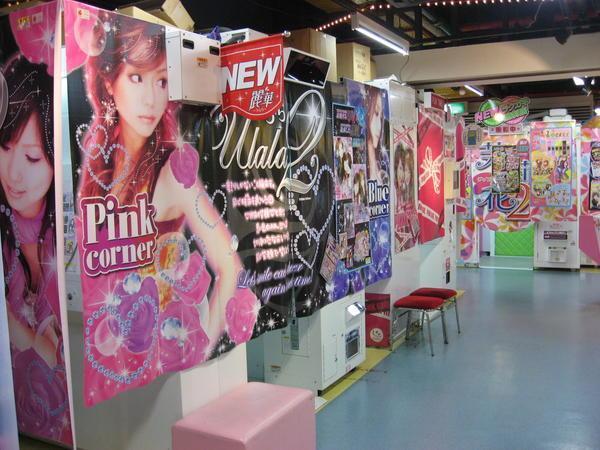 Purikura are photo booths that can make you look like an anime character with giant eyes, skinny legs, and glowing white skin. These photo machines are super popular with high school students and couples, people trade the tiny photos and stickers to stick on cell phones and notebooks.

In an arcade there is usually a big choice between different photo machines, different themes, stickers, and backgrounds to choose from. Once you take a photo you can spend ages drawing on the photos, putting virtual stickers on them, and editing them before printing. I’ve done this multiple times and always end up with a drawn on mustache and cat ears.

Pachinko is like the child of a pinball machine and slot machine. You put balls into the machine and try to win as many as possible to exchange them for tokens or prizes. The coolest part about this is that many of them have customized appearances and themes from Evangelion to Castlevania.

In arcades and in Pachinko Parlors you can play these machines and they are highly addicting. Some people wait in the morning for the arcades to open so they can grab a spot!