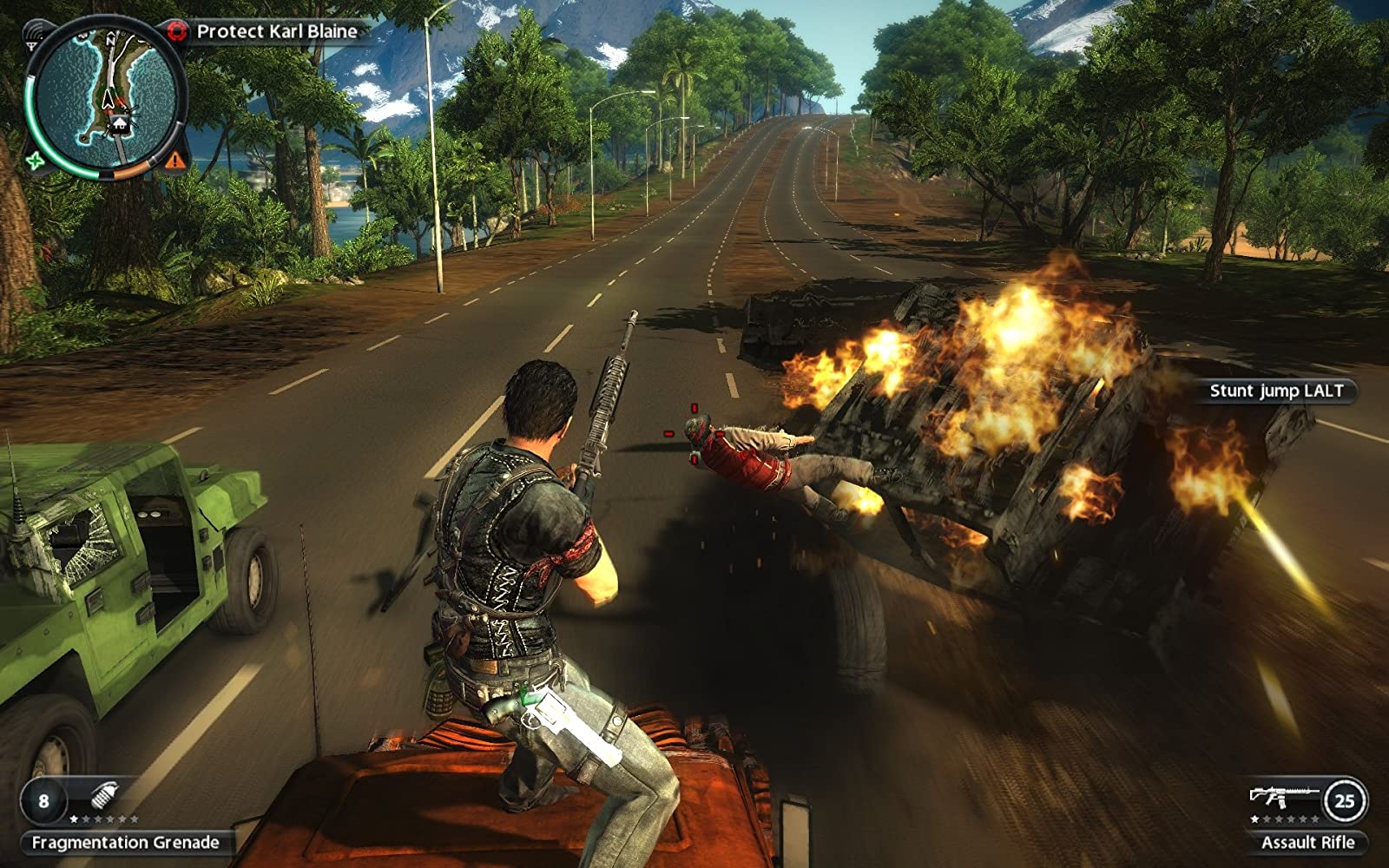 For those not familiar with Just Cause, the original was a slightly above average game which took clear inspiration from Grand Theft Auto. Just Cause offered up a slightly bland island setting and the ability to use a grappling hook on certain items. Can Just Cause 2 take the ideas of the original and execute them better a second time around?

To be honest, my first impressions of the game weren’t too hot. The opening cut-scene features immediate pop-up and the storyline is just a shallow excuse for the action. At first the controls reminded me of a spastic at a roller disco resulting in many, many cheap deaths. It also took me a while to figure out what I should be doing. Action buttons battle for supremacy at times; getting into a car is the same as picking up a weapon, and trying to melee can result in your character jumping on top of a car.

At almost any point in the game where you have built up speed, you can take to the air with your re-usable parachute. On top of a high cliff? Parachute. Tired of the car you are driving? Parachute. Grappling hook not getting you high enough? Parachute. The parachute will soon become your best friend and save you from many hairy situations. Or, it’ll provide hours of amusement as you parachute out of a car seconds before plowing into a wall. At first I had issues controlling the parachute and smacked into billboards aplenty, but as you play you start to get pretty adept at it.

Combine the parachute with your grappling hook and many possibilities open up. One of the best ways to get around the game-world is to constantly use the grappling hook Spiderman style to keep up momentum as you parachute about. This is a bit tricky at first though, and you are sure to engage and disengage your parachute at the worst possible moment a few times.

Then a few hours into the game, something clicks. You realize how to cause chaos and collect weapons and the controls finally start to make sense. Before too long you will also be able to use your contact on the black market to drop off weapons and vehicles to you directly (although I wish this was a little more streamlined) as well as being able to be dropped off to any location you have previously visited. What seemed clumsy a few hours ago will be executed with swiftness (barring a few stumbles) and the action starts to come together and flow a lot more naturally.

I have to confess, I thought I was over sandbox style games, but playing with possibilities such as grappling an enemy to a gas bottle before sending it flying through the air, or grappling a bike to the back of the car before zooming off and taking people out on the sidewalk did make me chuckle. You can grapple onto most things in the game but unfortunately it doesn’t let you pull guns in from a distance or pull up bikes from rooftops. As well as playing with the grappling hook, you have an impossibly large and varied map to explore – finding all the hidden bits around the game world should take you roughly a century.

The main problem with the game is that the story, and equally the missions, are rather weak. The narrative doesn’t give you any drive and its a lot more fun to just run through the game world causing chaos. Most missions are fairly basic and consist of staying alive or killing a target. Nothing you haven’t done better a hundred times previously.

Graphically the aforementioned pop-up from the intro is pretty minor and there are a few lighting glitches, but overall the game does look pretty good. Nothing stands out as extraordinary, but it all looks rather pleasant and more detailed than, say, Prototype. The graphics do their job well, but at no point in the game will you have to scrape your jaw off the ground.

So is Just Cause 2 a good game? Certainly. Despite being a few early hiccups and almost being put off by the controls, I pushed through like a good reviewer. And the game did start to charm me. Unlike many review titles, this one will find it’s way back into my disc tray. Despite a few stumbles in execution, Just Cause 2 does have some good ideas and messing around in the game world is strangely enjoyable.

What we are left with is a game that will struggle to get noticed among other titles being released at the moment, such as the colossal God of War III, or overlooked in it’s genre because of titles like Crackdown. Which is a shame; Just Cause 2 is satisfying to play and has a map that you can really sink your teeth into. If there’s another sequel and they fix some of the points noted in this review, Just Cause has the potential to become an A class franchise. 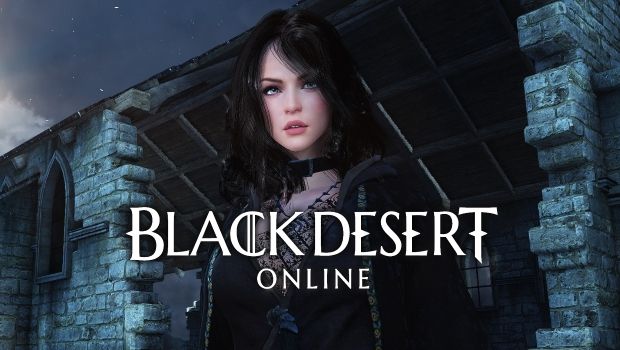 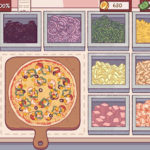