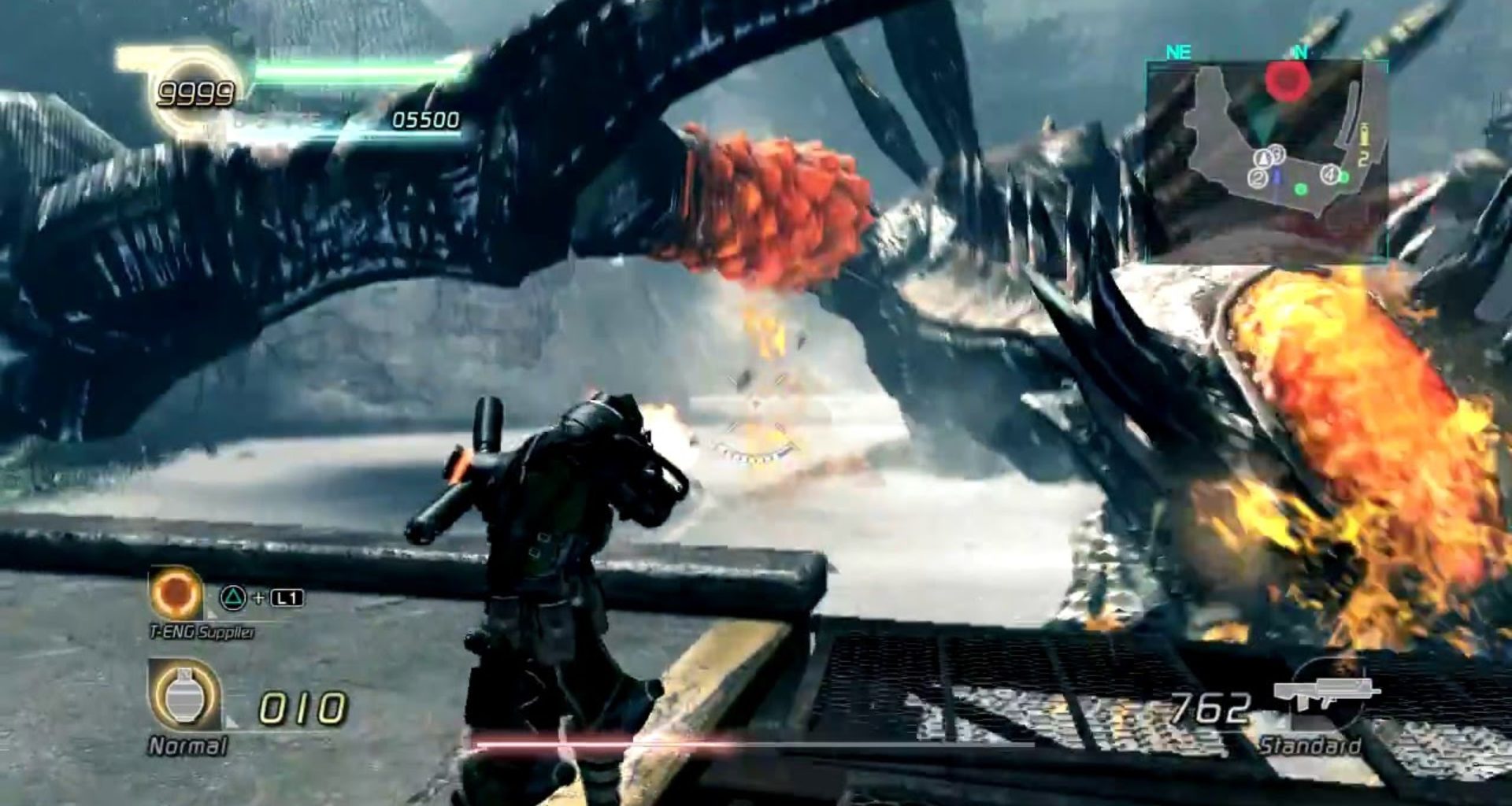 The developers of Lost Planet 2 weren’t kidding when they said that this sequel would be completely different to the original. Soon after their announcement, in-game screenshots of steamy jungles and fern smattered landscapes started to appear. It certainly was a huge departure from the bleak, icy and blindingly white tundras of the first game. Capcom then announced that the sequel will also introduce four player co-operative play into the mix. Needless to say, fans of the original third-person shooter were probably shedding their arctic gloves in anticipation.

However, despite the warmer climate and interesting vegetation, we can’t help but think that players will find the Lost Planet sequel somewhat less appealing. Granted the developers have definitely raised the bar in the technical department. The gameplay is now more varied, maps seem larger and are more compelling to explore thanks to the flora and fauna. The sequel even expands on its original multiplayer options.

These factors combined should catapult Lost Planet 2 way above its predecessor. Except, sadly, the game just doesn’t seem FUN anymore. Like the original game, the difficulty level ranges between hard and nightmare as players battle their way through waves of enemies, eventually going face to face with a huge creature at the end of the level. But Lost Planet 2 offers no save system or check-pointing at all during the game. Instead of lives, players get a set number of Battle Gauge points depending on the difficulty setting and every death reduces them by either 500 or 1000. If you run out of Battle Gauge points, you have to start the entire chapter all over again. Meaning that every death becomes a frustrating foray of simply trying to not waste the last 45 minutes of your life.

Sometimes this sort of ‘seat of your pants’, arcade-like challenge can be a rewarding system and initially the game starts off at a pace where you think it might all work out. But after the third chapter, all of this turns to lumpy custard as the difficulty ramps up and the pain in your thumbs starts to kick in. But what really smacks you hard in the private regions is that often the reason you fail is purely thanks to your computer AI teammates.

Other team-based shooters like Left4Dead and Gears of War gave you relatively intelligent computer players in solo mode. Sure they might get stuck in a doorway or fail to see a bunch of enemies hiding behind a rock until they were on top of them chewing on their heads. But in Lost Planet 2 you feel like your AI teammates are actually out to get you. It’s not that they shoot you in the back or anything, more the fact that they’ll just stand around and laugh at you while you try and do all the work. When it comes to confined spaces and simply shooting at bad guys, the AI does the job perfectly. But later on when you’ll need expertly timed teamwork and strategy in order to defeat a huge boss that takes up most of the screen, you might as well send them home for an early shower. For example one horrific encounter required all four players to work together, loading a massive cannon, aiming it in the right direction, sorting out the over-heating engines of a train and then another dude who then activates it all. Normally you’d expect your teammates to realise you’re doing objective A and so they can head off and do B, C and so fourth collectively. But with no means of instructing your AI comrades to help, you’ll be charging off doing the entire routine while they flap around either following you or checking out the nearby scenery.

Quite often you’ll spend a good 20 minutes just trying to figure out what you’re meant to be doing, thanks to a lack of commonsense from your teammates. Even if they’re standing next to the button that opens a door that you’ve been sprinting around trying to find, you’ll have to find it yourself and push it. It was like playing a game with a bunch of kids who are all sniggering and laughing at you behind your back as you flounder around trying to do stuff. To make matters worse, the post-round scoring system is all out of whack too, often ignoring the fact that you’ve charged around killing masses of enemies, completing objectives and taking the life-threatening risks… instead it rewards those who have simply followed you around and collected the most loot while you do all the work.

Of course most of the above issues can be solved online with intelligent human players at your side. But with such a huge emphasis on multiplayer throughout, it makes the single player campaign feel like a last minute addition. Usually it’s the other way around.

But for all of the annoying factors, Lost Planet 2 still excels in other (possibly less important) aspects. Visually, the game is stunning and although many thought the frozen landscapes of the original could have been a selling point, this sequel still pushes the right buttons. Lost Planet 2 continues the legacy with regards to the epic big bosses you’ll encounter, this time offering 40 odd terrifying and ruthless monsters to take down. Like the original game, weak-spots on the creature’s body will be highlighted in orange meaning that often the procedure is a rinse and repeat method of shooting and strafing wildly. However the design of each of them, including massive sand-worms, tentacled sea beasties and three-story tall spiky lizard things, will keep you mesmerised as you chip away at their health bars. It is made even more enjoyable if you’re lucky enough to have three capable human players by your side, instead of Tweedledee and Tweedledum running around with guns.

Futher online play is found in the competitive section where Elimination, Team Elimination and Post Grab modes all make a return. The first two are 16-player deathmatch modes and Post Grab has teams competing to capture as many posts (or zones) as possible before the set time runs out.

Lost Planet 2 is a hard game to score at the end of the day. It’s a beautiful game to watch, but so insanely frustrating to play single player that you wouldn’t care if the game was hand-drawn by a mermaid riding a gold unicorn. The multiplayer co-op adds a lot more playability but usually multiplayer features like this should add to the solo experience, not justify it. We’re confident that those who liked the first game will equally enjoy this. Those patient players will experience a wave of total elation and euphoria when they manage to complete the game alone. Others will end up ripping their console out of the wall in pure anguish.