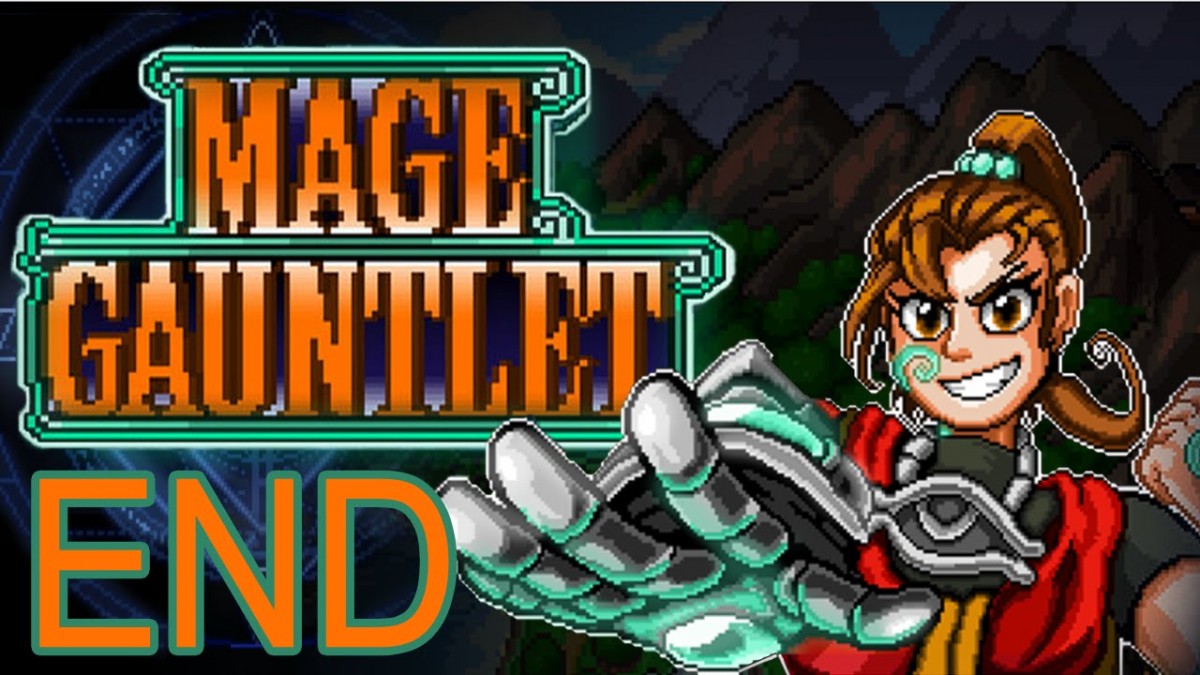 Few developers have found repeated success in a genre the way Rocketcat Games has with their “Hook” trilogy: Hook Champ, Super QuickHook, and Hook Worlds. However, the real test for the company is proving they can do more than just grappling hooks. Now, Rocketcat has created Mage Gauntlet, an action-RPG that proves this point, and much more.

Mage Gauntlet hearkens back to the days of SNES 16-bit action RPGs with incredibly detailed pixel art and challenging levels. The game’s story is simple, and the dialogue pokes fun at RPG cliches such as fetch quests, “trash” enemies, and smashing objects. Those who have played the humorous Hook games should know exactly what to expect on this front.

Button-mashers won’t get very far in Mage Gauntlet, as the game forces you to stay on your toes. You’ll need to utilize dashing, charge moves, and spells in order to effectively take down large groups of competent foes. Nothing is more satisfying than quickly dashing away from a fireball so that it hits another enemy.

Spells are handled in a particularly interesting way. Your character, Lexi, doesn’t have the ability to cast magic, so she uses her gauntlet to store and summon powerful spells. To trigger a spell, you simply pause the game, choose your spell, and decide where you want it to go. Lexi’s gauntlet can only hold up to four spells at a time, so it’s important to choose when to use them carefully.

Each area is comprised of four levels, the last of which is a boss battle. Normal levels tend of be lengthy, with plenty of replay value to find loot, secret areas, and a higher score. Boss battles are slightly less satisfying, as most boil down to killing lesser enemies and spamming any spells you get at the boss.

There are two ways to customize Lexi. Each time you level up, you’re awarded a point to put into one of three stats. Then, you can use gear to give her special perks such as spell buffs or more health. Hats, a staple of every Rocketcat game, are plentiful and have no stat effect, so you can go for style without sacrificing power.

Mage Gauntlet also has a huge amount of content. After you beat the game, you can play through Master Mode. This mode features reworked versions of all 42 levels, along with new loot tables, secrets, and unforgiving enemies.

Mage Gauntlet could easily sell for a premium price, but it only costs $1.99. Don’t think twice about spending mere pocket change on what will likely be remembered as one of the App Store’s great indie classics.