In the second batch of Mobius Final Fantasy‘s monthly card lineup, a new warrior class, Berserker, is introduced. However, will he be able to live up to the strengths of the warrior-type jobs? We give you an overview with a stat breakdown to see how good he is. 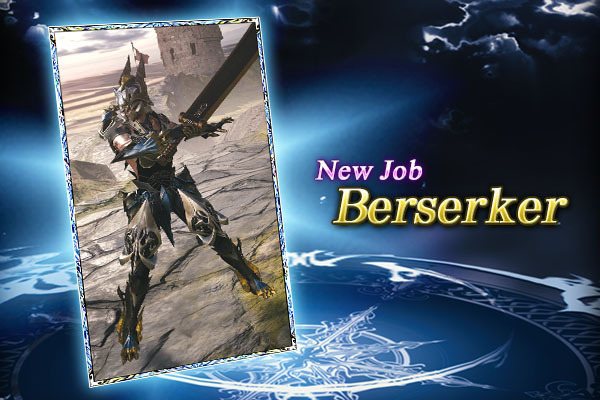 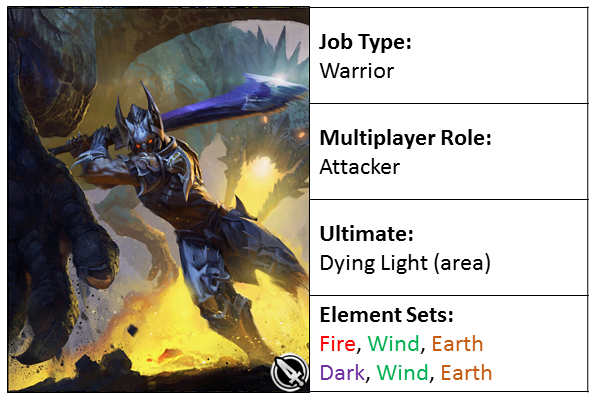 Berserker’s Ultimate, Dying Light, is an area-based ability that inflicts damage on all his enemies while receiving HP Drain and Berserk statuses for himself. Below is a breakdown of Dying Light’s stats:

Unlocking both 1st and 2nd Skill Panels will bestow the following list of auto-abilities to Berserker: 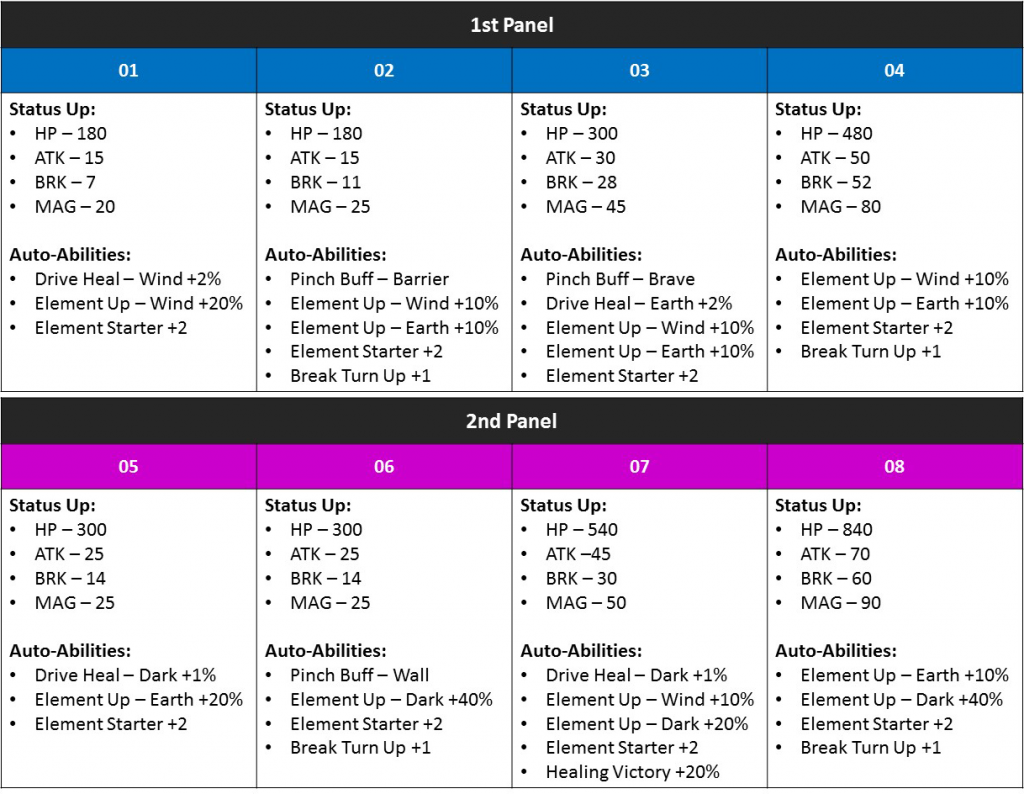 1) High Firepower. Like most generic warrior class jobs, Berserker has a high base ATK stat, but he also has a decent MAG pool that can help to further increase his damage output when you use ability cards. Don’t forget about his outstanding critical rate, and his area-effect Ultimate too.

2) Self Healer. He has numerous healing options under his belt – from auto-abilities consisting of Drive Heals for 3 elemental types and “Healing Victory +20%”, to HP Drain when you use his Ultimate.

3) Bane of Light Sicarius. Berserker’s auto-ability “Element Up: Dark +100%” is just the thing you need to tackle light-element Sicarius such as Ultima (recently introduced in GL) and Alexander (JP only for now).

1) Low Sustainability. Similar to the Batch One job Rogue, Berserker has zero defense base stat and no auto-abilities with elemental defense. This is even made even worse when he gains Berserk status after you use his Ultimate, which further lowers his overall defense at the cost of raising his attacking power.

Although he has Drive Heals and Healing Victory (plus HP Drain after executing Ultimate), it’s best that you still equip him with at least a support card that boosts his overall defense or provides more healing options.

2) Not Player Friendly. Berserker’s lack of defense and low sustainability issues make him a difficult job to handle without some foresight and planning, especially against multiple foes or in prolonged battles.

Berserker certainly proves himself with high firepower in the ATK, MAG and CRT categories. Furthermore, you can maximize that devastating damage output with his Ultimate that hits all enemies on the field, making him a force to be reckoned with as he mows down waves of monsters in the Main Story regions.

On the flipside, his low defense makes him unsuitable for tanking long battles in Battle Tower events, Sicarius fights of 4★ and above, or even the higher-difficulty exploration/special regions. You can still try, but you’ll have to think up of a good strategy – or else you’re going to waste your Phoenix Downs.