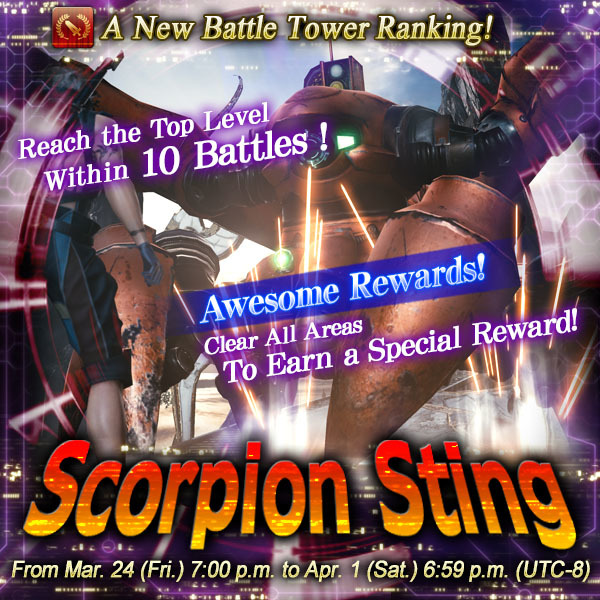 Are you ready for more excitement?

A new Battle Tower Ranking Event, Scorpion Sting, will arrive in Mobius Final Fantasy from March 24 to April 1 PST (UTC-8) to end the crossover collaboration with Final Fantasy VII Remake with a bang!

The Guard Scorpions are back to challenge you with more nasty tricks up their sleeves – er, tails – and they ain’t gonna hold back. Still remember the taste of their Tail Laser attack from the ongoing “Eclipse Contact” event? This time, they can shift between Light and Dark elements; worse, the Stun debuff won’t work on them.

Just like the previous Battle Tower events, the difficulty level will increase exponentially as you climb higher up the tower ladder. So… welp?

It’s too early to give up now, and we’re going to give you a few tips to brace yourselves for the sting!

Support Ability cards are your best pals – whether you need an edge in your strategies, or even a helping hand when you’re in a pinch. Here is a list of recommended Support cards you can consider to have in your deck for this Battle Tower event: 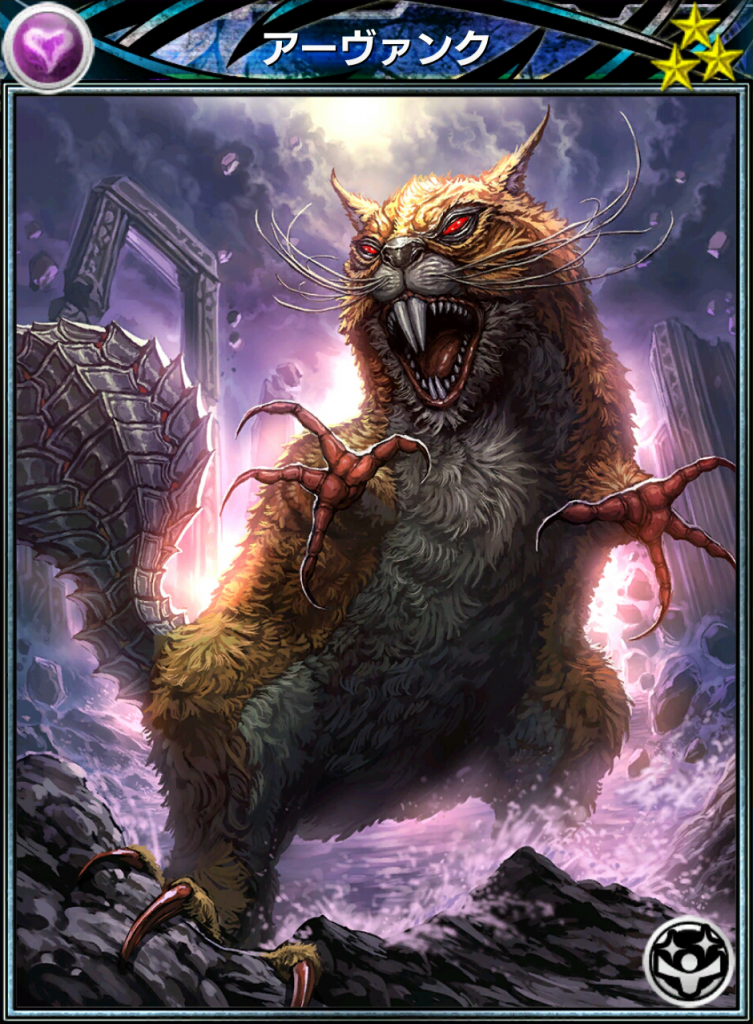 Released as an early acquisition card in Batch Two of March’s card summon lineup, Afanc’s timely arrival in the game is going to be a big help to you with its ability, Darkforce. When used, it allows you to draw only Dark element orbs for several turns, but that’s not all – it also buffs you up with Light element resistance. 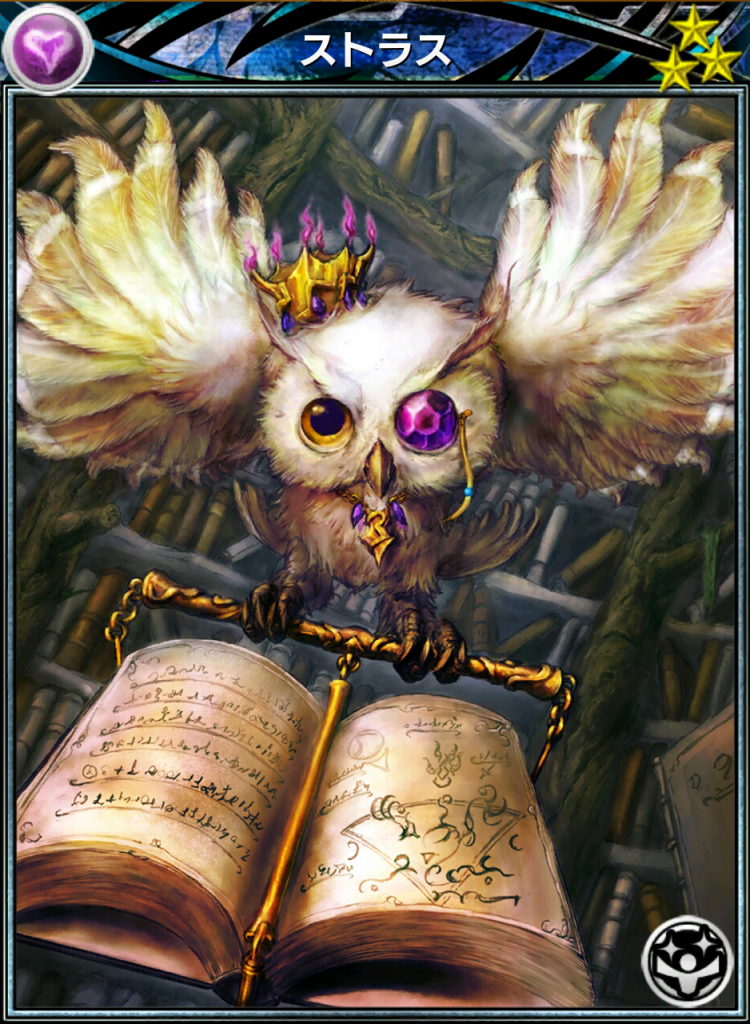 Meanwhile, Stolas (from Batch One) is the Light-elemental counterpart of the darker Afanc with its ability, Lightforce. When used, it allows you to only draw Light element orbs for several turns, at the same time bestows you with Dark element resistance. 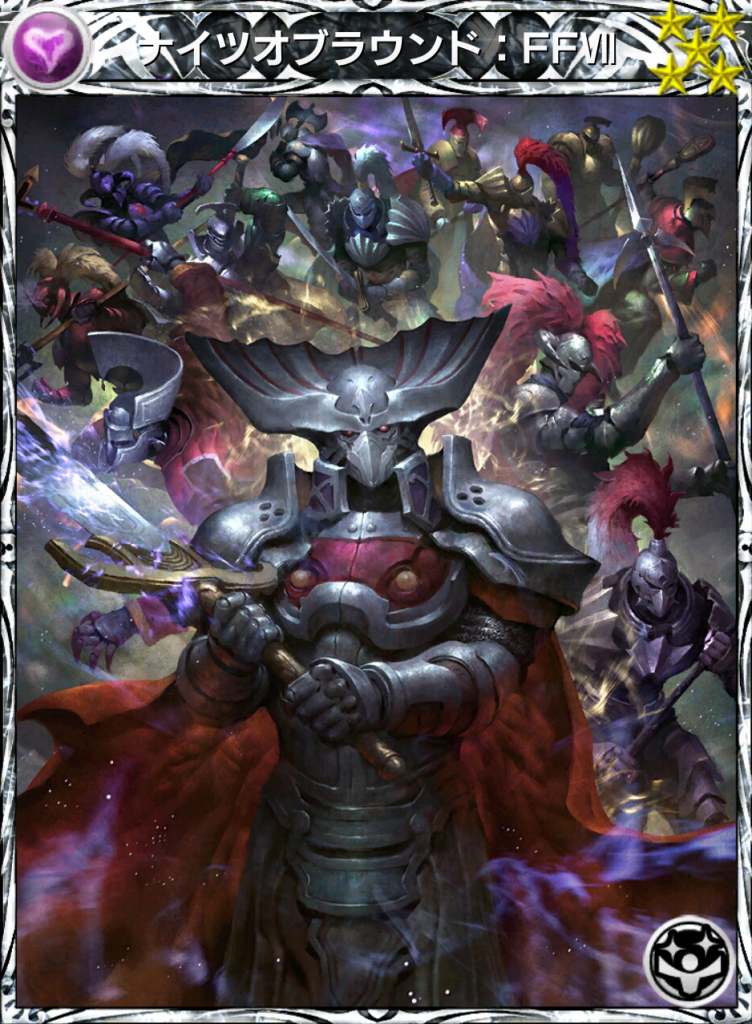 Knights of Round is the number-one choice when you need to amplify your overall firepower to take down the Guard Scorpions fast before they can sting you with their laser tails. Its ability, Ultimate Boon, grants the following statuses to the player character: Brave (increases ATK), Faith (increases MAG) and Boost (increases Break Power).

It also comes with Element Up auto-abilities in both the Light and Dark elements at 3% each, which can further increase your damage output for those two elemental types. 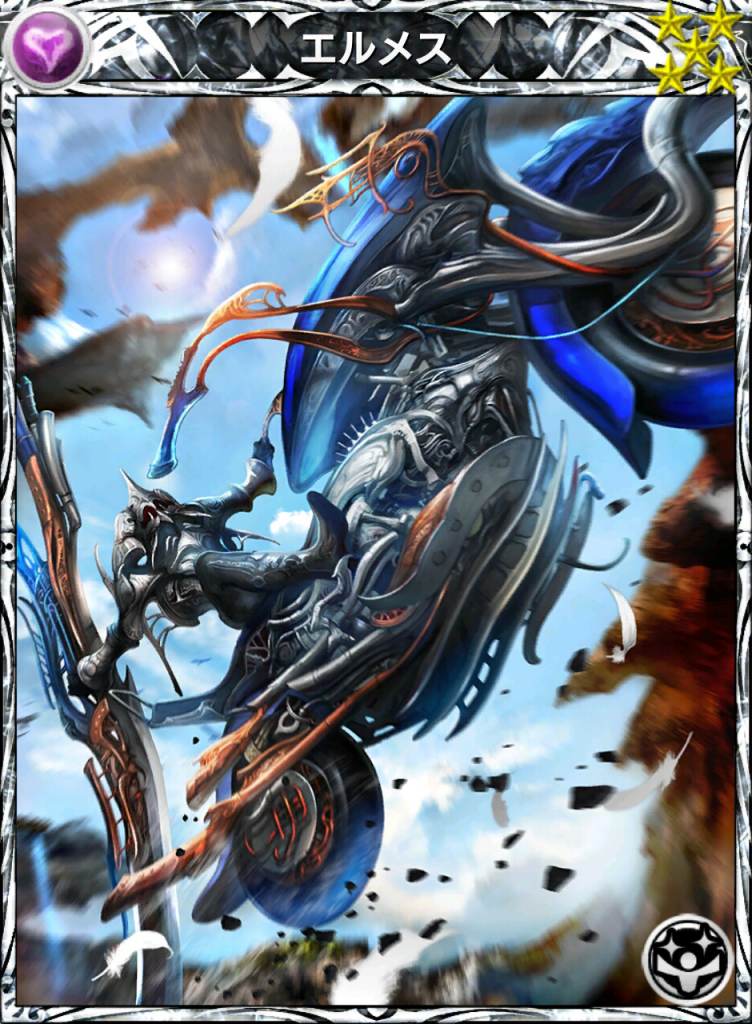 Another very useful support card to have in your deck. Hermes’ ability, Haste, can give you the extra edge by adding more actions you can take against the Guard Scorpions for up to 5 turns, increasing your chance of survival before the Tail Laser can reach you. What’s more, it only costs 2 Life orbs to trigger its ability (at 5★). 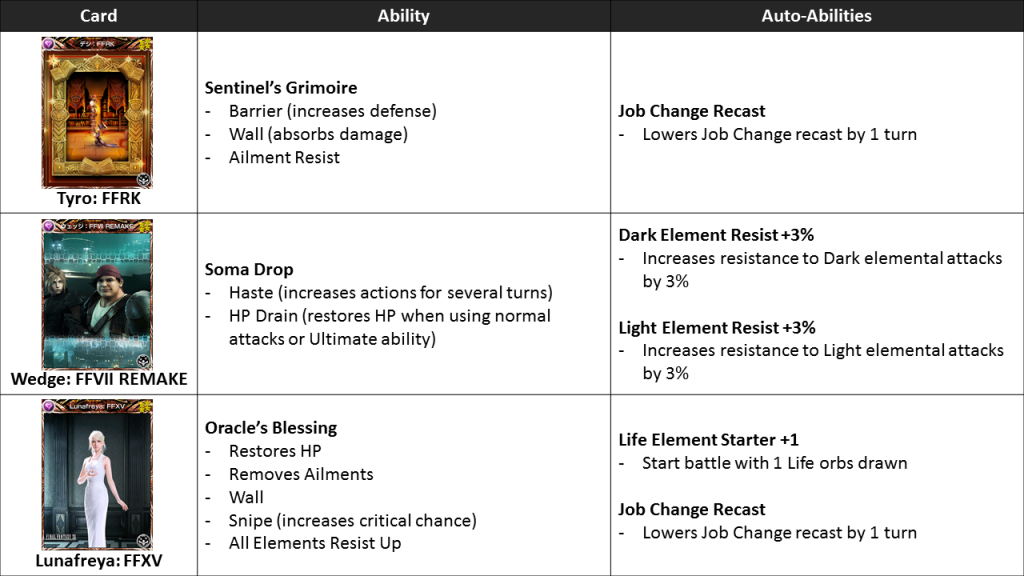