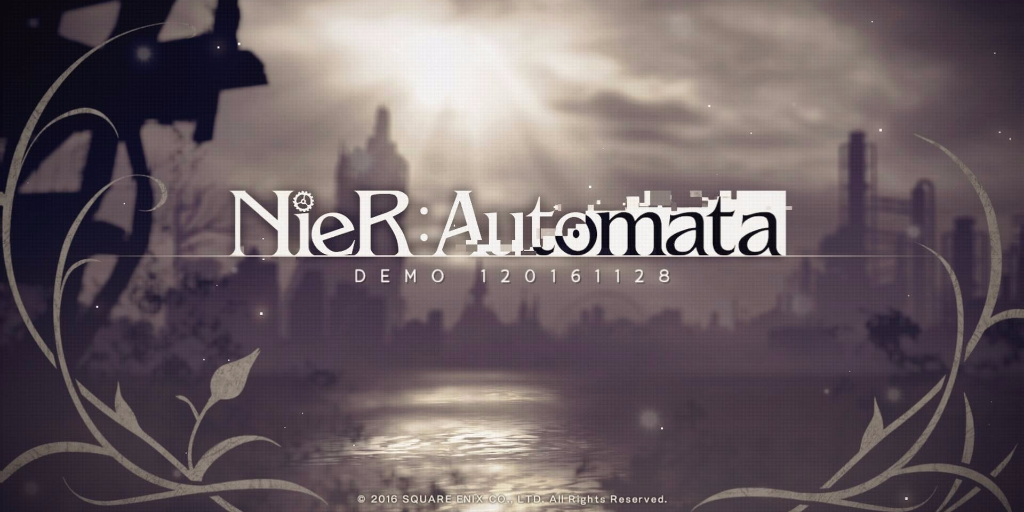 The free demo was released on December 22nd of this year and we got to try the up and coming action role-playing game developed by Platinum Games and published by Square Enix. We give you a detailed info on the entire free demo experience!

Here’s a trailer of the game if you haven’t seen it yet: 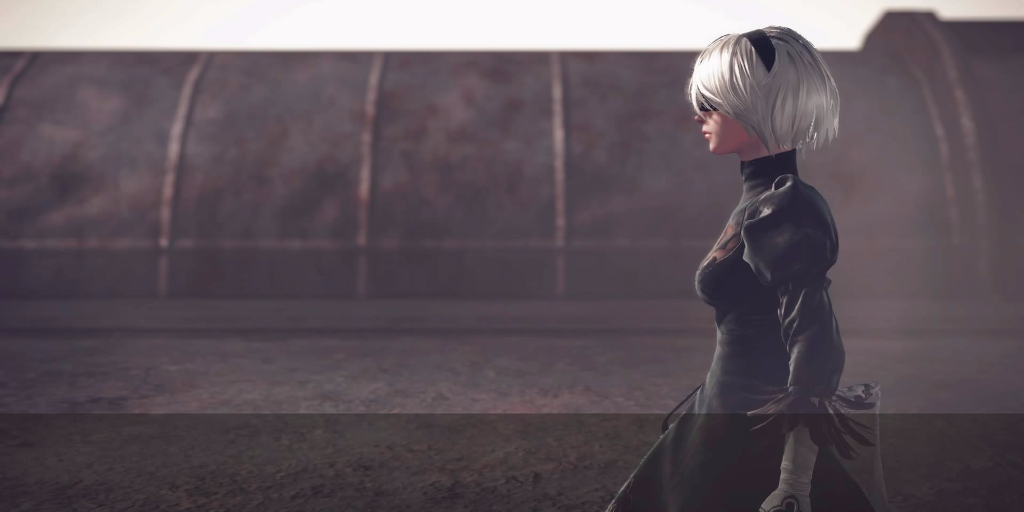 Invaders from another world called “machine lifeforms” came to Earth and as a result, humans took refuge on the moon and stayed there. While seeking refuge, humans developed YoRHa, android soldiers who were made to fight the machine lifeforms.

In the free demo, you will be playing as YoRHa No. 2 Type B or “2B” for short. Your mission is to investigate an abandoned factory where machine lifeforms have been reported to be creating a large-scale weapon and you are tasked to seek and destroy it. 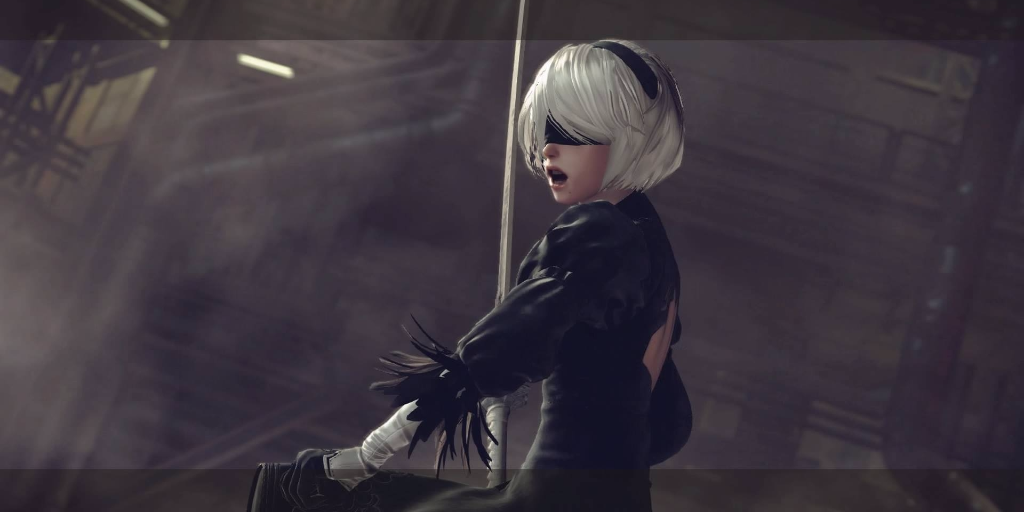 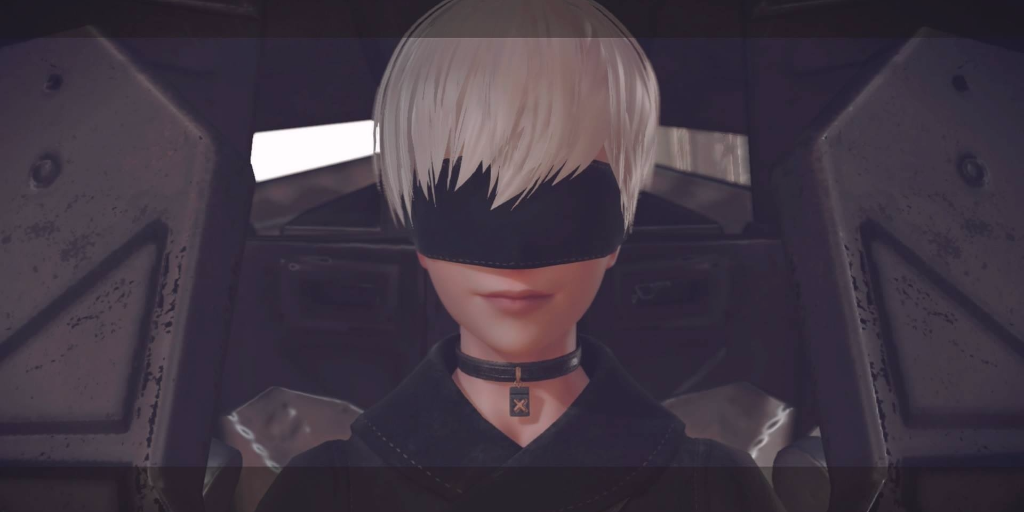 There’s about a total of 3 boss fights in the demo but the first two are minor bosses while the last one is the main boss of the game. 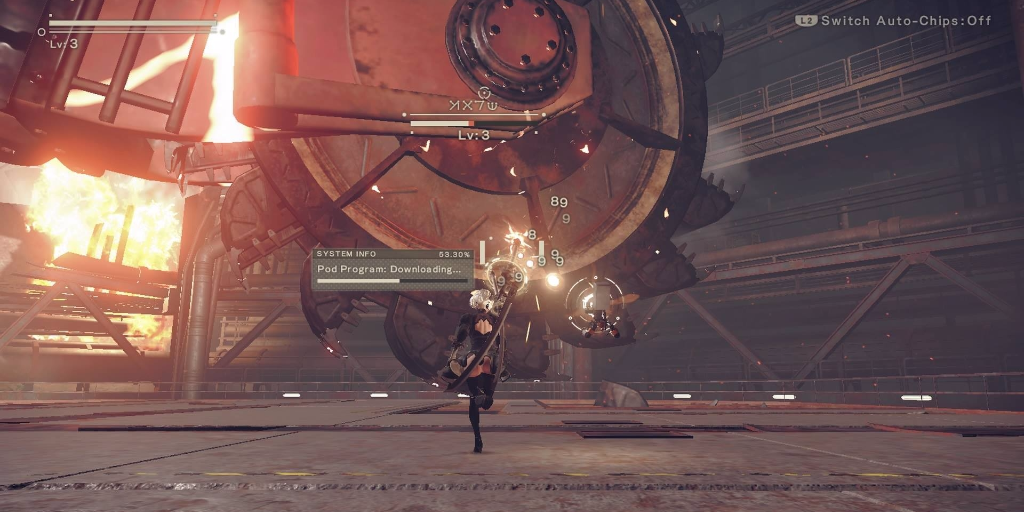 The first boss of the game you will be fighting against is a giant machine of death that’s ready to cut you to pieces. It releases red blobs of pain that you need to be careful for. Thankfully, those are easily avoidable. What you need to focus on is when it starts to squash you flat so you have to quickly dodge that. 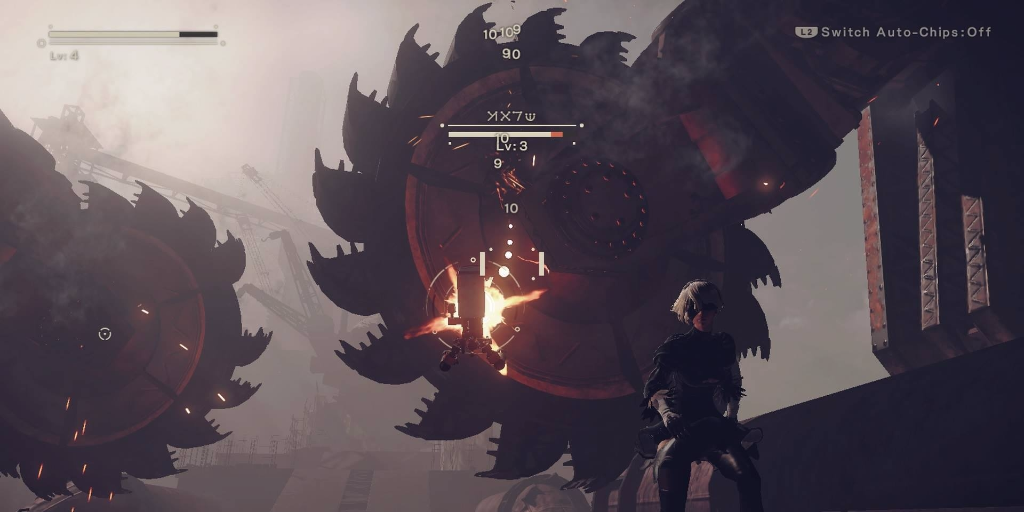 In the first mini boss, you have one death machine after you. For this round, it’s the second mini boss of the game with two death machine-like arms ready to wreck you. Depending on the difficulty you’re playing and your level of skill, this one’s pretty easy though you need to be careful when it tries to squash you between them. You have to be able to evade them pretty quickly. 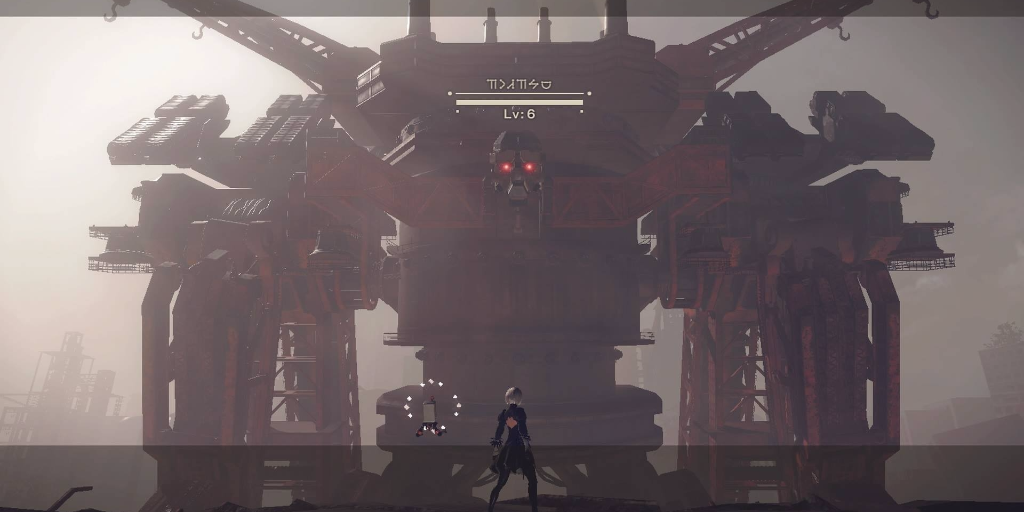 This one is the last and main boss of the game demo. As if two machines of death weren’t enough, now you have to face a colossal mechanical beast ready to obliterate you. It’s fairly easy to fight depending on your difficulty and skill level. This colossal death machine releases red blobs of pain that you have to watch out for and it also tries to kill you by destroying the bridge you’re standing on. 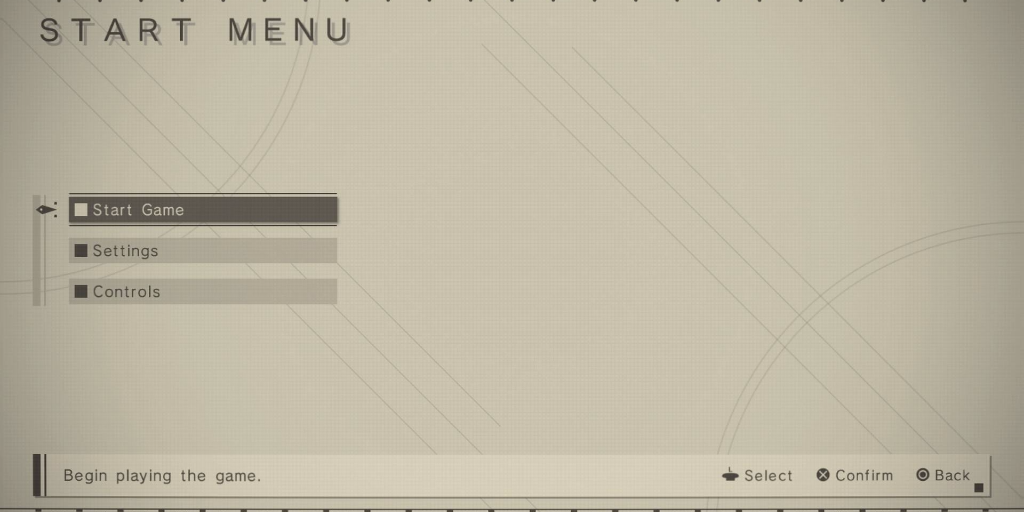 The game has over four difficulty settings you can choose from: Easy, Normal, Hard and Very Hard. In the Very Hard setting, not only will there be more enemies for you to destroy, but you can also get killed in one hit by bosses.

You can also choose to change the audio to Japanese if you’re into getting the feel of the game in its original language, though the English audio isn’t that bad either. 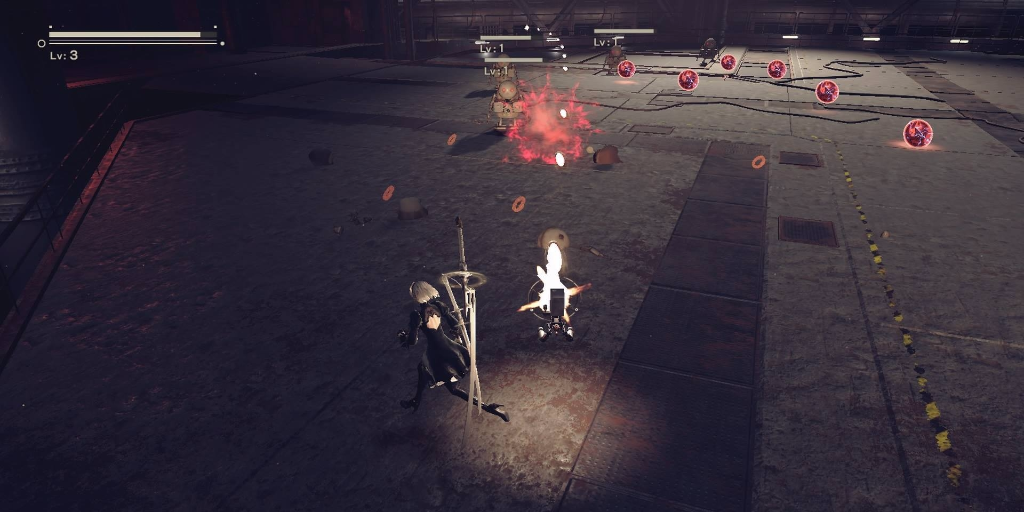 In the demo, players will mainly be fighting these robotic machine lifeforms that produce red bubbles that don’t do much the damage but if you’re not careful, the sheer amount of them can kill you. You can disperse these red bubbles by shooting them off or destroying them with your swords. 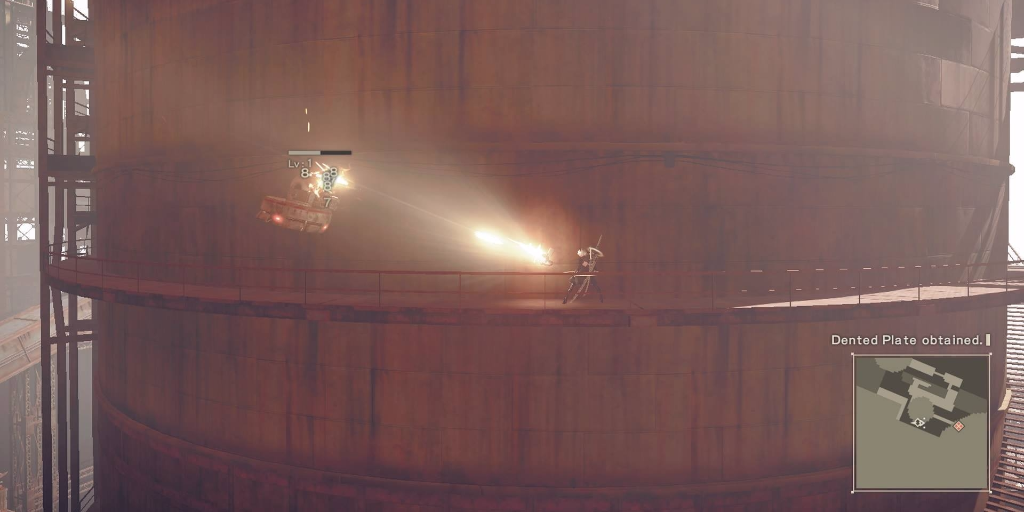 One unique aspect of this game is that even though it’s mainly a 3D game, there are also parts in the game demo that lets you fight in a 2D platform style. They took advantage of this different point-of-view which is a very refreshing take on gaming. 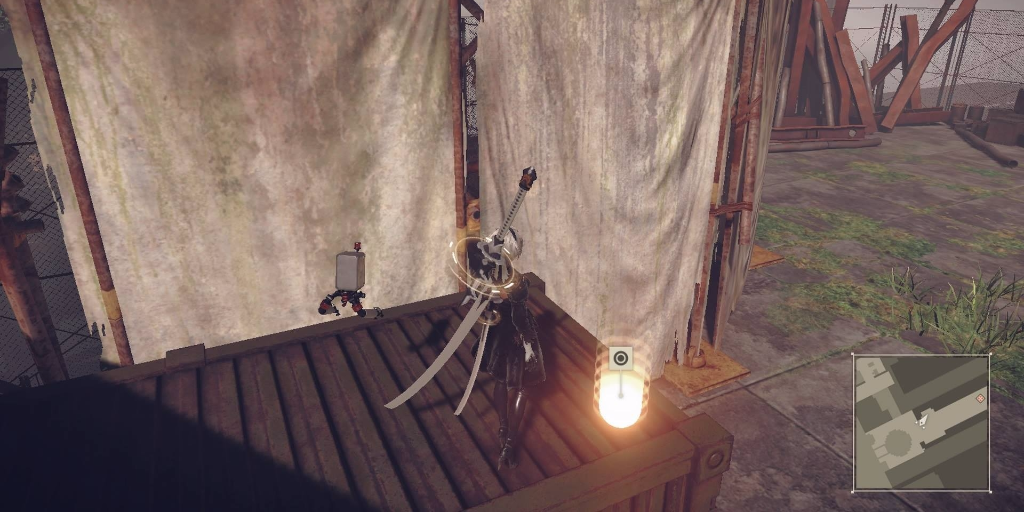 These are found after destroying enemies and sometimes in different areas in the game. You need to take the time to explore your surroundings to find these. They seem to be machine parts which you may use to upgrade your weapons and such that could come useful. 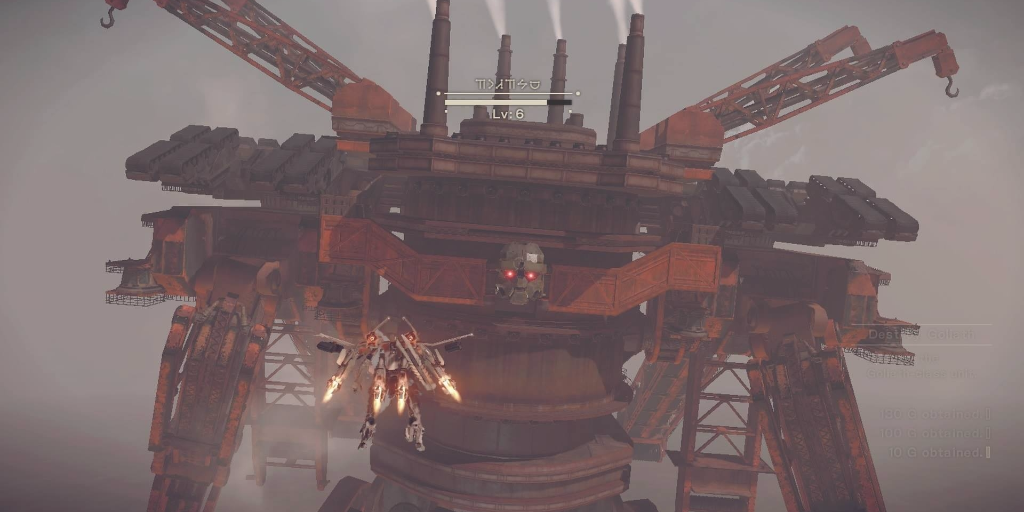 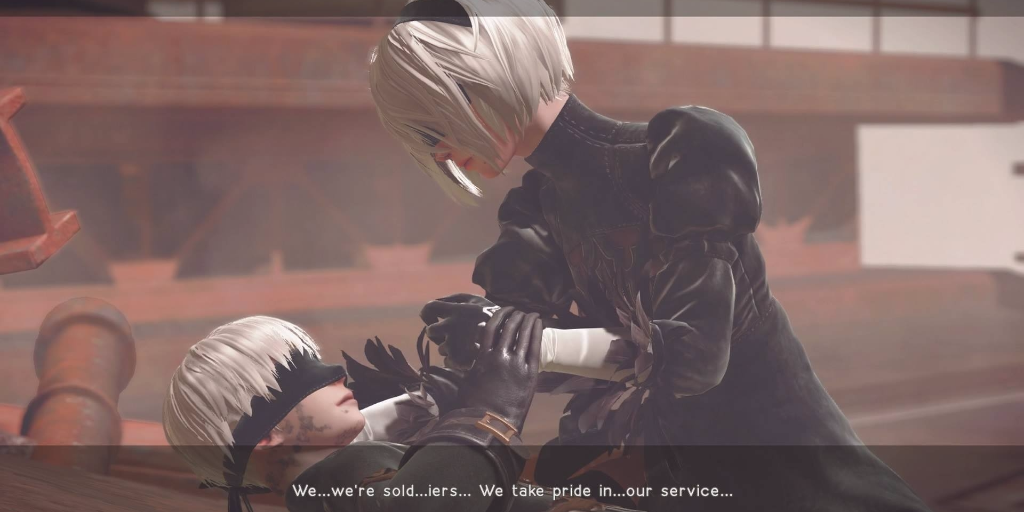 Even if it’s just a demo, they still included a very touching scene between the two of them which is pretty nice. 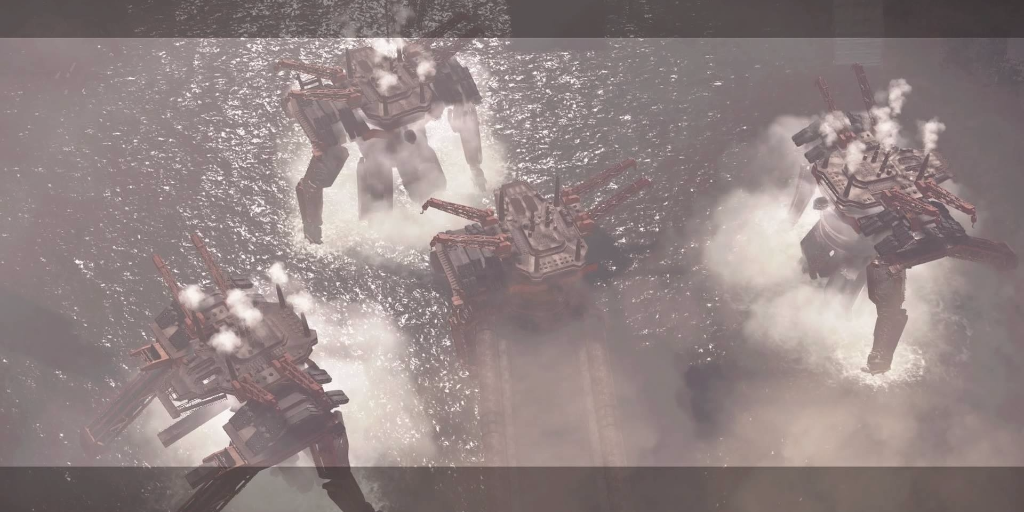 After finishing off the final main boss, the demo ends at the scene where the 2B and 9S are surrounded by three colossal death machines which makes you want to know what happened to the two of them. With that ending, you really have to buy the game to find out. What a tease!

Even with the short demo, the gameplay was very enjoyable. Fighting the tiny machines was actually fun and although they were weak, the red bubbles were fun to dodge. The first 2 boss fights were also sufficiently challenging while the main boss was exciting too since you get to fight it inside a robot. Its gameplay was fun overall and the visuals were very good.