This guide will provide you with the best EXP and Money Farm in Pokemon Legends Arceus.

The farming method will require you to have the Crimson Milens area unlocked, and this area is the second area you will unlock in the game.

You will also need a Pokemon to shoot a level 50 alpha or the strong enough party to take it down. So you must have level 30 or 50 pokemon throughout the party to easily defeat the alpha pokemon, and then you can easily farm it, as shown in the image below.

You will also need to use the elemental weaknesses of the pokemon, which will provide you an advantage; you have to make sure that you have strong Flying/Fire/Psychic/Ice-type moves in your party, which will help you defeat the alpha easily and quickly. Each run of defeating this pokemon will take a minute and a half of your time; it will also yield you between three to four thousand per item sold, which depends on the drops from the alpha, as shown in the image below.

The items you can use to sell are either the seed of mastery which sells for 3 000 each, or the exp candies, with the large one selling for 4 500 each. You have to use this to increase the XP per minute that you will be getting, and you can also sell it. You can buy XP from the store as well.

The pokemon you will farm will spawn in the crimson Mirelands area. If you have the bravo arena unlocked, it will be faster to access the cloud pool ridge. However, you don’t have to progress too much in the story; you can always run on your mount or on foot to fight it and farm it, which depends on the pokemon level you have in your party.

You can get upto three thousand XP per kill, not including the XP candies. If you choose to use them, you need to ensure that you come here during the daytime. At night hunch crow will spawn here instead of alpha pokemon. You need to have electric rock ice or Fairy-type moves to farm him because it is a different pokemon.

Travel to the crimson Mirelands; then you have to fast travel to the bravo arena. If you have it mounted up then, you need to run to the cloud pool ridge area, and there you have to defeat the alpha fast travel back to camp in the village. Go back and repeat that process which will take a minute per run. 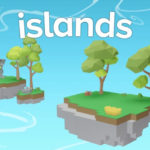 How to Get Patrick Star Trophy In Roblox Islands
Next Article