Cube World is a voxel-based action role-playing game developed and published by Picroma. The game can be played in single player and co-op multilayer modes. Cube World takes place in a procedurally generated virtual world made up entirely of cubes.

The game introduces a feature called character creation. You start off by choosing your character’s gender and race and you can then customize the look, appearance and your specialties. You can then choose one of four classes. Warrior, Mage, Rogue or Ranger. Each of these have class specific armor and gear along with special abilities. Your abilities and stats are upgraded as you kill monsters and other creatures. With better stats, you can further fine tune your skills based on your playstyle. If you are a mage, you can focus on damage and healing abilities and warriors can focus on damage and defensive abilities. The gameplay is filled with action-based combat with dodging, aiming, special skills and combos. The game also lets you choose animals like turtles and sheep to add to your team which then fight alongside you and they can can also be use as mounts. In addition to combat, the game also features crafting. This allows to create armor, weapons, potions, foods, elixir and much more. 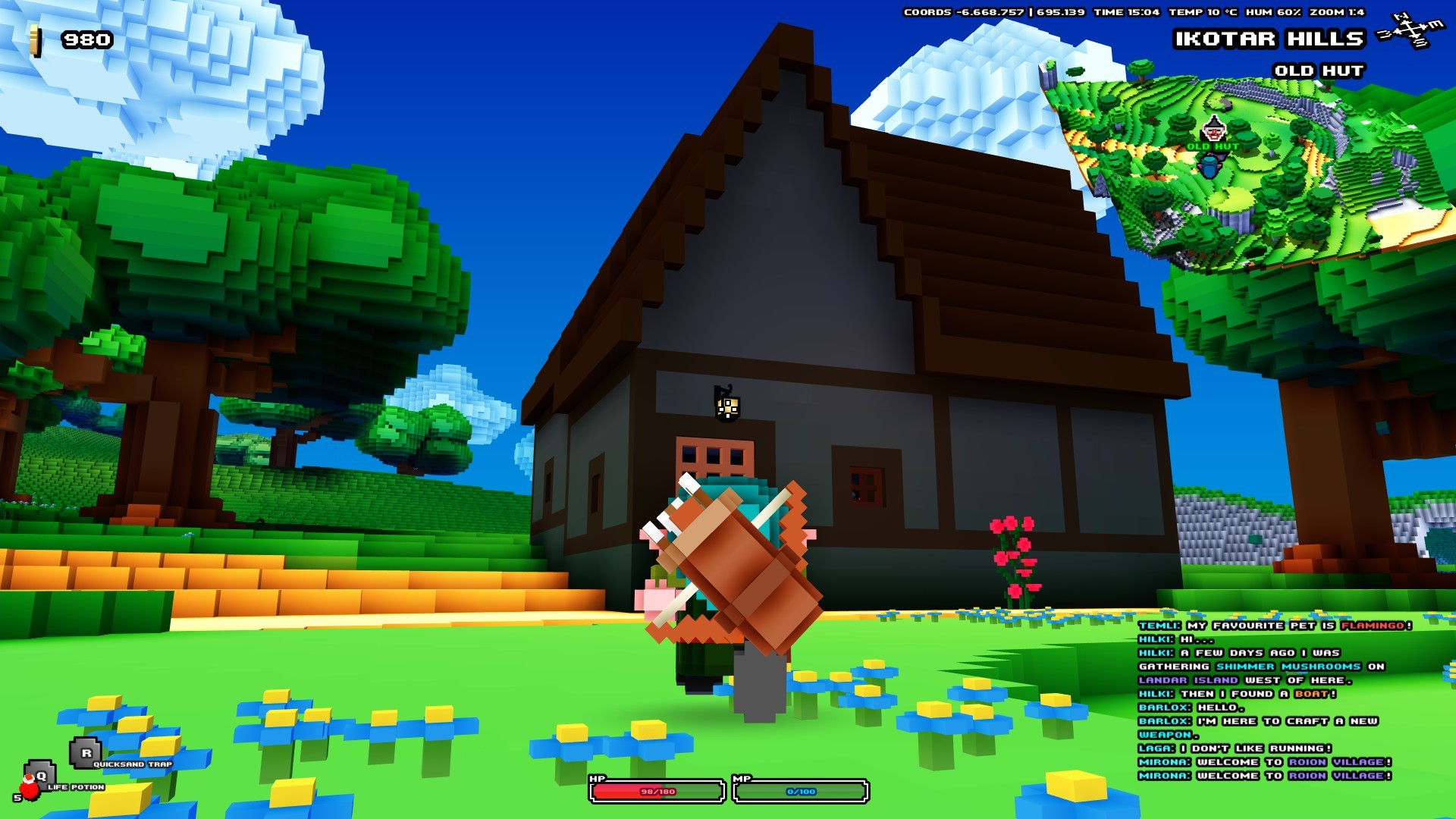 The game world is comprised of castles, dungeons and caverns surrounded by biomes including oceans, deserts, grasslands and snow lands and you have access to hang gliders and boats to explore this world. In addition to that, you can also ride animals. With an open world and nonlinear gameplay, you can choose to solve quests, explore dungeons, engage in combat without feeling restricted.  The gameplay is smooth and engine mechanics are well optimized. In addition to that, there is also support for mods which you can use to tweak everything to your liking. All these features make this a great yet simple role-playing game suitable for both newbies as well as enthusiasts.

At Gameskeys.net, you’ll find the Cube World CD keys at cheapest possible prices, you can also use the discount codes to save more on your purchases, in the above list we have compared prices of Steam CD Keys, PS4 and Xbox live.

We have only included safe digital stores in our list, although these are third party sites, but our staff members test the Cube World digital codes on a frequent basis, to make sure that our listed sites are functional, so that you can buy securely.