Changing characters in games having amazing powers and abilities is always exciting! One may lose interest in the game if one has to play with the same character through different levels. That’s the prime reason for introducing new characters that captivate the players and enable them have a thrilling experience.

So, if you at times, get a feeling that you are not enjoying the game and you are sick and tired of playing with the same character over and over again, we have got a solution to that!

A chance to become a werewolf in skyrim is always there. Lycanthropy, that is defined as the human transformation into a werewolf can be achieved in two ways:

It is not possible to become a vampire and the werewolf at the same time.

If the character is bitten by the werewolf, it transforms into a werewolf. To put it in another way, you have to get attacked by a werewolf in order to contract that disease (lycanthropy). Moreover, another way for werewolf transformation is to become the member of a group known as companions. You just have to become the part of that group, there will be some blood-sucking and that will be enough to transform you into a werewolf!

The character will undergo certain changes in its appearance and abilities that are mentioned below:

The male character would appear hairier on the chest, legs and arms.it will have razor sharp claws that can cause massive damage to the enemy. They have sharp and long teeth that and a gigantic muscular build. The male character is slightly taller than the female. Their eye color would transform to yellow and, they have bigger arms with greater strength.

What good it is to become a werewolf? 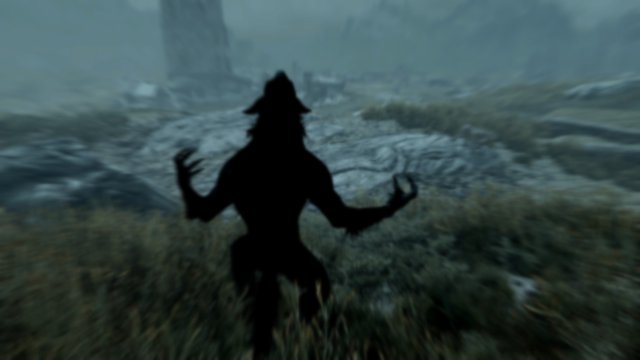 The biggest advantage of transforming into a werewolf is that you always have that option to use this power or not. You are neither forced nor threatened to become so in any circumstances. Unlike vampires, the werewolf doesn’t have to worry about being recognized in the general public as no one will notice that you are a werewolf unless you decide to make a deliberate transformation in the general public. Additionally, you are totally immune to that disease and you will have friendly response from other werewolf. You will also have to focus only on your opponents rather than being concerned about other wolfs.

A few disadvantages of becoming a were wolf

Secondly, you can’t put on any armor while playing a werewolf. So in order to defend yourself, you must play aggressively as you would not be able to regenerate your power. In addition to that it will also restrict certain activities like you won’t be able to examine the bodies of the fallen enemies. To overcome these problems it would be completely necessary for you to make some changes in your game play accordingly.

In short, being a werewolf is always very exciting but its application is very limited so you can’t use it during your entire game play. It would be better if you use it as a bonus!

How to cure lycanthropy

The cure to this disease is permanent. When you get cured you can’t transform into a werewolf again!