In 2005, Rebellion released a third-person shooter called Sniper Elite. It was more of a simulator than what you might expect to find in your more typical shooter, similar to Bohemia Interactive’s Arma, or Codemasters’ Operation Flashpoint series.

Sniper Elite had a huge focus on hyper realistic ballistics, with wind, distance, and gravity affecting your bullets as they travel towards your target; it’s your challenge as a Sniper to account for such details. The story was just added as wrapper to move you from A to B, even if it was actually loosely based on real missions that took place in WWII.Ad FeedbackAdvertisement

Sniper Elite V2 is a remake of the original Sniper Elite. They have changed a few details around the story, specifically calling out the V2 rocket program rather than some arbitrary “nuclear programme”, but the idea remains the same. You play as a special forces soldier tasked with heading behind enemy lines to take out or capture German scientists who are working on the technology, so the US may use their research to bolster their own missile systems.

Like the original Sniper Elite, stealth plays a large part in each mission in V2. Likewise, deciding whether to take the shot – which can potentially alert enemies to your presence, as WWII sniper rifles do not come equipped with silencers – is a significant consideration. Maybe the better option is to sneak around and take a more silent approach, either by breaking Nazi necks or using your Welrod silenced pistol…

You can also set up booby traps (a trip wire grenade to surprise soldiers, or landmines near fallen bodies), so when Hans Johann Fritz Wilhelm comes to see why his commanding officer is taking a nap during an air raid, he inadvertently becomes acquainted with the ceiling.

You can pick up additional grenades and machine guns, but there is less in terms of ammunition for these as the title really pushes you towards using stealth or sniping – I mean, its not called Sniper Elite for nothing.

So what’s actually new, you’re asking? What Rebellion has added in is more than just a shiny new coat of paint (which looks pretty good, by the way), or some additional story intricacies. What they thought the series really needed was an X-Ray slowmo cam that kicks in when you score a particularly good hit. It’s like watching CSI reruns, but each time you see it you notice something new. Amazingly, it’s always enjoyable to watch – regardless of how many times you’ve seen it.

Along with the realistic ballistics, and the bullet cam, you follow the bullet as it passes through skin, bone, and testicle (yes, you can shoot off Nazi testicles and watch every gory moment of it). Infact, you can challenge yourself to shoot both of them with one bullet; I did, and I spent several hours trying to do so [Remind me not to annoy you – Ed.]

The fabled twin nut-shot; maybe it should have been called T2, instead of V2?

Sniper Elite V2 may not provide the most immersive stealth gameplay, but when you find a good vantage point, take aim, and pull off that long distance shot, watch as the bullet pierces your targets eyeball, brain and shards of skull cap fly toward the camera, it’s actually somewhat gratifying.

I would have liked the same feature to be used when the player is shot, to add impact to the experience of being killed, as it can be quite sudden when playing on the hardest of difficulties. Maybe Rebellion will read this and take it on board for a sequel…

Each level takes place in distressed urban environments, and Rebellion have managed to cram a lot of details into destroyed Berlin. Huge Nazi flags of the Third Reich hang down the walls of buildings (which have seen better days, to say the least), and rubble litters the streets, with rocks, bricks, and mortar strewn across the open areas. This environmental detail allows you to use a simple cover system (like what you might see in other third person shooters); “simple” because there’s no jumping, sliding, or running between cover – just press a button to put your back up against a wall or press a button to climb over it.

This detailed environment is a double-edged sword, however, as it also provides the perfect cover for enemy snipers. Keeping a sharp eye on exposed rafters and windows as you crawl your way through the streets is important, lest you find yourself on the receiving end of a well-placed shot from the enemy.

You also have the ability to ‘mark’ targets in Sniper Elite V2 using your binoculars, however it doesn’t seem to be necessary. I actually could play through the whole game without the feature (it’s not like the enemy patrol paths are random), which seems like a missed opportunity.

The AI is not exactly the most complex in Sniper Elite V2, and it’s probably an area the developers could really improve on in future Sniper titles. While sound travels, and if you are far enough away can confuse the enemy, if you do get spotted the entire area suddenly knows where you are and starts heading towards you.

Furthermore, you will occasionally see guards trying to shoot through the cover they are behind, heads exposed, not lifting their weapon above the obstacle or moving around it to get a better line of sight. It looks ridiculous when it happens; I stood in front of a tipped piano while the guard on the opposite side stared at me firing his weapon – he would have done it forever, as he just couldn’t comprehend that he should move around it.

Audibly, Sniper Elite V2 takes cues from its older brother. Explosions will cover the sound of your gun firing, but these are only set up on certain levels; generic explosions and gunfire in the background will not cover your shots, so don’t expect to be timing every bullet to some loud noises in every scenario.

You can play through the entire campaign cooperatively with a friend online, which fans of the previous game in particular will welcome with open arms. There are also multiplayer modes available, consisting of standard deathmatch, team deathmatch, and distance king. Distance king awards winning position to the longest kill; regardless of how many kills you achieve in the round, the person who scored a kill from the longest range will win.

Unfortunately, the online community is pretty thin right now, but I was able to play a few rounds with four people online during the week. Hopefully this will increase in the near future, but for now it would be hard to recommend the title for multiplayer alone.

Probably the biggest opportunity for Sniper Elite V2 is the upcoming downloadable content called Assassinate The Führer, which you get three guesses as to what it’s going to be about. It was included as a free pre-order bonus, but now that the game is out, it’s reasonably safe to assume you’ll get a chance to buy the DLC if you missed out on the promotion.

Sniper Elite V2 is essentially what the title implies – it’s Version 2. Don’t go in expecting a whole new experience if you bought the original back in 2005, don’t expect graphics to blow you away, and don’t expect the gameplay to revolutionise stealth game mechanics. It’s not really something you haven’t seen before, but at the same time… there’s nothing quite like the gratification and joy of shooting Nazis in the balls. 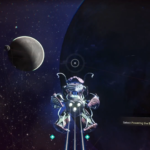