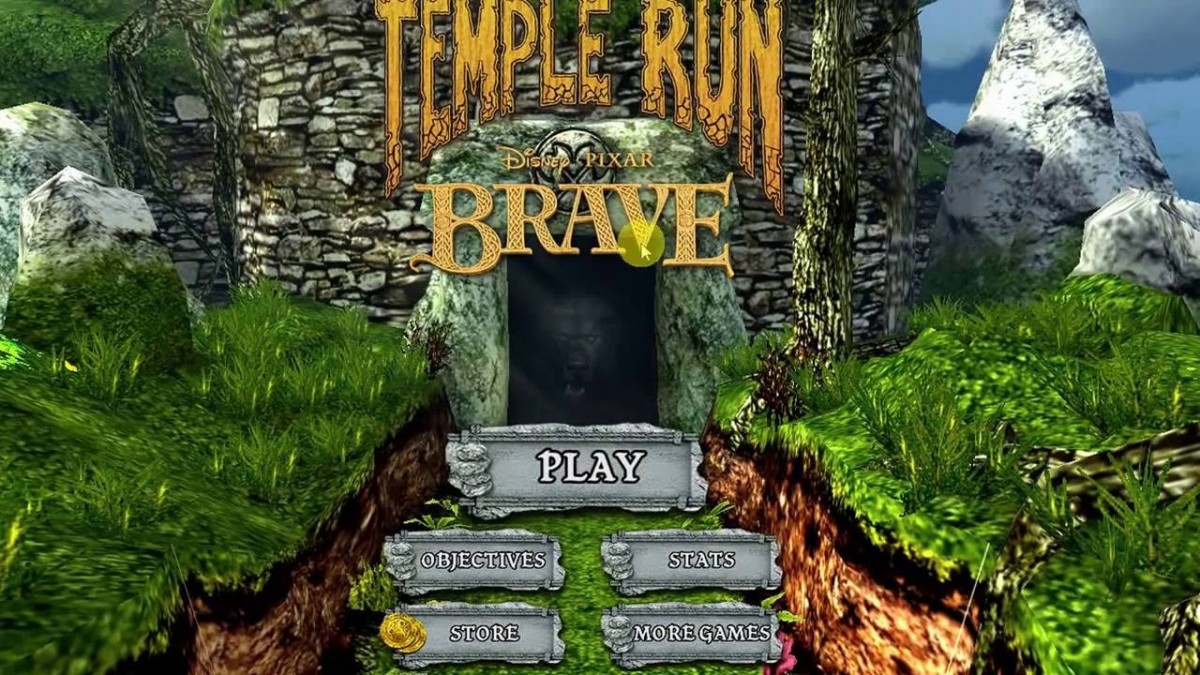 There comes a time in many successful iOS games’ lives when movie studios come calling. Angry Birds answered that call, and the result was Angry Birds Rio. Fruit Ninja did likewise and came out with Fruit Ninja: Puss in Boots. Even Doodle Jump signed on with the film Hop. Now Hollywood has come a-knocking on Temple Run‘s door, and they’ve created Temple Run: Brave, a tie-in with the upcoming movie from Pixar. So how does it stack up?

To answer that question, we first need to discuss what Temple Run is. Temple Run is an endless running game in which you play a treasure hunter being chase by demon monkeys. Since your character runs automatically, all you have to do is tilt your device to collect lines of coins and swipe the screen to turn corners and avoid obstacles. It’s easy to learn but tough to master, especially as your character speeds up the longer you remain alive.

As expected, Temple Run: Brave keeps the core gameplay intact. The real question is how much new stuff they’ve added– and unfortunately the answer is not much. They’ve added new background music, and instead of playing as a generic treasure hunter, you play as the Brave’s protagonist, the fire-haired Princess Merida. Rather than being chased by monkeys, you’re on the run from a giant bear named Mordu. The game’s sole environment is slightly different from the original’s, but you’ll still encounter similar obstacles, like tree roots to slide under and pits to leap across.

The only new gameplay element they’ve added is some occasional light archery. During your run, you’ll encounter long straightaways with targets lining the running path, and if you tap and shoot them in time, you’ll receive bonus coins. Coins can be spent between rounds on new outfits, wallpapers, and the same power-ups that exist in the original game. Worse, although Game Center connectivity exists in the game, no leaderboards and achievements are in place yet.

To recap, all that’s new is a screen-tapping archery add-in, re-skinned art assets, and the background music. For Temple Run: Brave they’re charging a dollar. For the original Temple Run– a nearly identical game– they charge nothing. Unless you’re some kind of Brave mega-fan, there’s virtually no reason to buy Temple Run: Brave.

Temple Run: Brave seems like a wasted opportunity. To add value to the game, they could have added unique obstacles and power-ups from the Brave universe. They could have tweaked more gameplay elements to make the game feel distinct. Or they could have left it like it is and offered it for free. Instead they chose to deliver a lazy re-skin and charge money for it.

Since the original Temple Run is nearly identical and free to download, we can’t think of any good reason to purchase this game. Temple Run offers terrific fun, and you should definitely play it. But play the original for free, because Temple Run: Brave doesn’t add enough to make it worth your money.