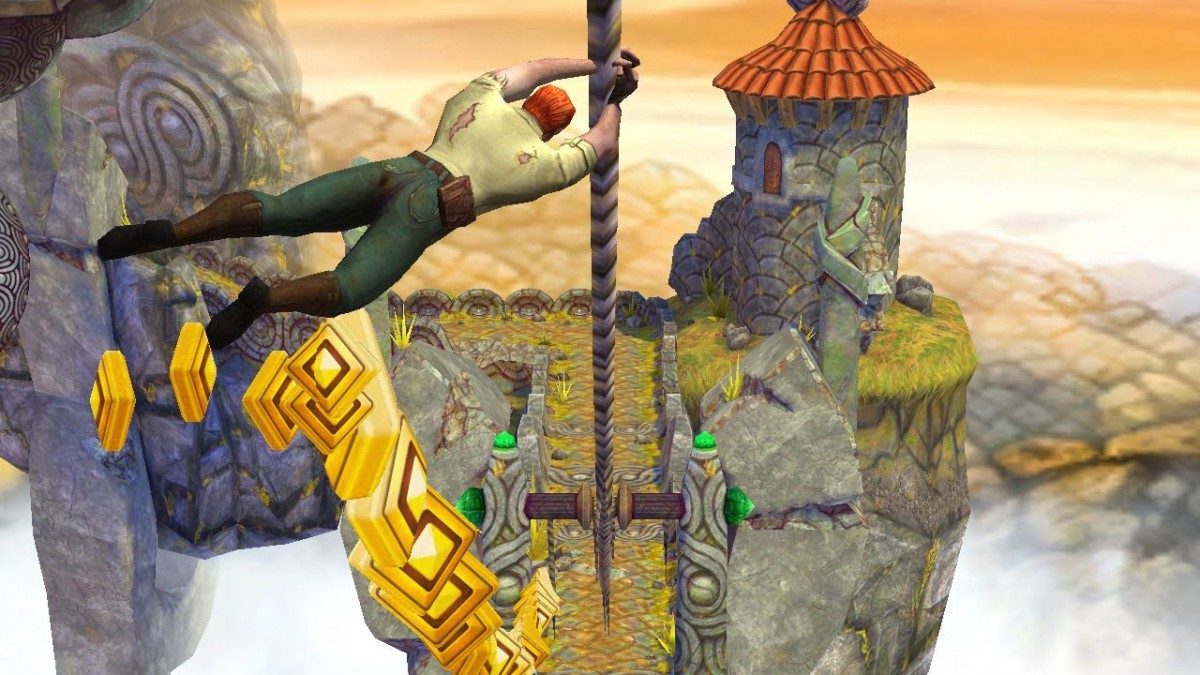 When a developer makes a game as wildly popular as Temple Run, they usually don’t want to change the formula too much in a sequel. With Temple Run 2, the folks at Imangi Studios have played it fairly safe, but they’ve managed to improve on just about every aspect of the original. Temple Run 2 uses the same basic gameplay, but it’s more beautiful, dynamic, and intense than the original. Best of all, this excellent game doesn’t cost a cent to download.

Just like Temple Run, the sequel starts with you, an intrepid explorer, stealing a golden artifact from a cave. This releases a giant beast that pursues you until it catches you, or you succumb to the deadly environment. All the same controls from the original are back, so you’ll swipe up to jump over pits, down to slide under rocks, and left or right to turn when the path forks.

The graphics are drop-dead gorgeous this time around, with lush, colorful landscapes everywhere you turn. The environments are much more dynamic as well, with straightaways and right angles of the original game supplanted by hills, valleys, creeks, waterfalls, and gentle curves here. The developers have even added zip lines and mine carts to keep the game interesting– and it works wonders. The only issue is the occasional graphical pop-in, but this usually isn’t too distracting.

Once again, you collect coins as you run. You can spend your fortunes on new characters and upgrades between tries. Since this is a freemium game, you can also buy gems that let you keep running after you bite the dust. This makes the leaderboards meaningless, but that’s a small price to pay for getting such an excellent game for free.

We could go on and on about why Temple Run 2 is a blast to play, but you’d be better off downloading it to see for yourself. The game delivers a fantastic blend of addictive action and high-octane intensity that feels both familiar and new. Whether you played the original or not, this sequel definitely deserves a spot on your iOS device.