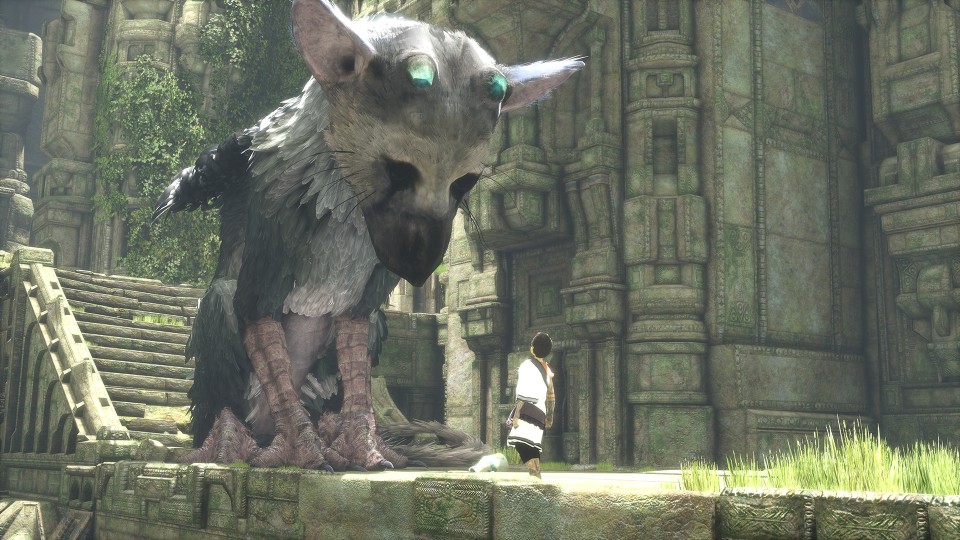 The Last Guardian is a bad game – at least, by every metric we use to talk about things in this medium. Its design is dated, it’s a technical mess, and the controls are sluggish and unresponsive. And yet despite all that, one thing kept coming to the surface in my time with it; the touching relationship between two friends, and the journey they share.

The game follows a young boy and a beast named Trico. Brought together through extraordinary circumstances, they must navigate an extensive stretch of dilapidated ruins. In-between them and their freedom are puzzles, dangerous walkways to navigate, and malevolent suits of armour given life. While The Last Guardian is light on moment-to-moment plot points – much like the creator’s previous efforts Ico and Shadow of the Colossus – the themes of friendship are the main hook, and they are constantly at the forefront.

Gameplay is sparse. In the broadest and most reductive terms, The Last Guardian is a platformer with light puzzle solving elements. Navigation is handled in two ways: through simple jumps and climbing, and by interacting with Trico. The former is completely forgettable and boring, but the latter is where the game shines – giving your four-legged friend a chance to build a character all its own.

Trico is a wild animal. When you first meet it, it’s temperament is unpredictable. As you progress, the orders that you can issue will increase in complexity, mirroring the emotional growth of your relationship. You’ll start with simple calls, but that will soon graduate to smashing objects, slamming paws down on the ground, and standing on hind legs. While these don’t sound thrilling, even the most mundane command feels a lot more impressive given Trico’s size, and the time investment required to gain access to them.

Despite how simplistic and dated a lot of the gameplay is, using it to command and control Trico conjures up powerful emotions. Every time I urged the beast to make an impossibly large jump, I didn’t fear for my character’s life; I feared for Trico’s. Your feathered-beast might just be a confluence of artificial intelligence and scripting, but his appearance and demeanour make him so much more than bits on a disc.

Combat plays a minor role, although you’re delegated to a passive observer. You’re powerless against the sentient suits of armours, and are often tasked with keeping them at bay until you can re-join Trico. Even though battles have a shaky foundation, they’re used to great effect in building your relationship. Upon a battle’s conclusion, you play the role of a caretaker, soothing Trico’s anger and combing his body for wounds.

There are parts of The Last Guardian that look dated. While it’s washed out-colour palette and heavy reliance on bloom create scenes that pop, level geometry is simple and flat. Particle effects that add light to these maps – like sconces and torches – are similarly mundane, and look a little more at home on a PlayStation 3 than current architecture.

But again, the real star of the game is Trico. Your furry friend – who is a mixture of dog, cat, and bird – is covered in feathers that rustle and move in the breeze. There are some breath-taking moments that look right out of a picture book, as some striking rim lighting cuts the beast’s figure out of the horizon. That attention to detail trickles down to Trico’s movement, as it apprehensively darts its head around corners and tentatively approaches new sights.

Despite all this, there are some technical shortcomings that are harder to forgive. We’ll never know how far along in development the PlayStation 3 version was, but it’s clear that the game’s lengthy development cycle has had an impact. Performance is a constant concern, with the framerate struggling to keep up with even the most static of scenes – sitting anywhere between the low 20s and teens. Controls are sluggish and unresponsive too, and at the worst of times won’t register your inputs – leaving you curse the hardware, instead of Trico’s mercurial nature.

The Last Guardian does show the battle scars of its long and troubled development. It has problems maintaining a stable framerate, and the controls can be stiff and unrelenting. But the game also shares a warming, heartfelt tale of friendship. A tale so strong and confident in its telling, that most of its negative elements fade away. 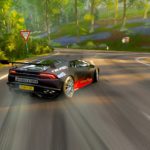 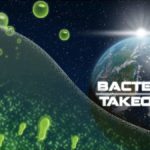