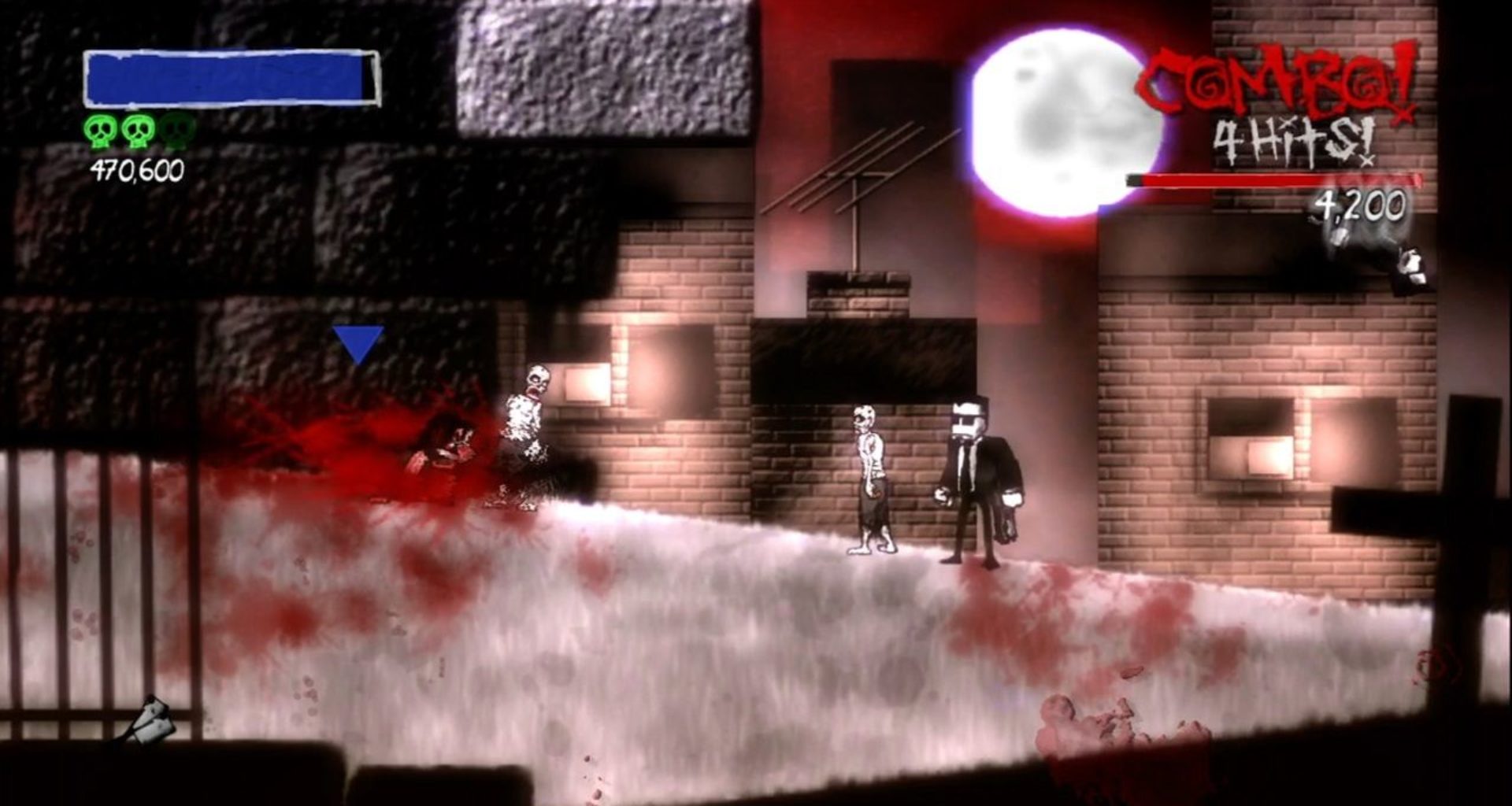 Games like Super Mario Sunshine and Tamagotchi: Corner Shop have been bringing “virtual housework” to the medium of video games for years; imagine, then, how tentative and nervous a game called “The Dishwasher” made us here at Gameskeys when we first heard about it. Fortunately the subtitle “Dead Samurai”, in addition to making the game name completely weird, hints a little bit more accurately as to what the game is about.

The Dishwasher is a side-scrolling brawler in the vein of age-old classics Double Dragon and Streets of Rage. However, unlike those games, the goal here is to execute your opponents with maximum depravity – the more impressive the kill, the more points and bonuses are awarded . And we do mean kill – you’ll slice, dice and decapitate your foes with extreme regularity. In case you are in any doubt, this is not a game for kids! It’s arguably as violent as Sega’s recent opus “Madworld” on the Nintendo Wii.

The Dishwasher takes the side scrolling brawler to the next level in more ways than just gore; the depth available in the controls and gameplay is seriously impressive. Just when you think you’ve got your head around the combo system, you’ll find out about juggles. Then throws. Finishing moves. Then magic / skull moves. Then you get a sword that lets you teleport around the level at will, using the right stick. Then you can hold in the LB and change the functions of the other buttons. Sure, you’ll be bouncing around obliterating enemies into clouds of gore and red mist right from the outset but you’ll still be learning the depths of the fighting system hours into the experience.

You’re not restricted to simple goons and henchmen when searching for foes to dispatch – bosses make regular appearances also. The challenge presented by each of these encounters is definitely a step up on the normal enemies, each requiring a considered approach to eliminate successfully. The henchmen themselves, as you’d expect, also become increasingly complex to contest and the way the level designs mix up the enemies you face at any one time dials up the intensity, with an intelligent difficulty ramp that always keeps things fun.

The level designs, too, become increasingly complex – they typically contain a lot of verticality and you’ll need to be more and more aware of where things are and how to unlock that door to get to the exit. There are secrets to uncover too, so be sure to look around (and up) when traversing the levels. There are loads of items to find and the currency dropped by the bad guys will let you upgrade your weapons and abilities as you progress.

The fun is not restricted to just one player – you can also play co-operative multiplayer with a friend, teaming up to eliminate the forces of evil. There’s a local co-op survival mode, as well as online co-operative multiplayer. You can allegedly even play with a second player playing a ghostly guitar that hovers near your character, hammering out mad riffs to damage enemies… using a guitar controller…. we did mention that this isn’t your normal side-scroller, right?

There’s a lot in this game – considering it’s all from just one guy (yep, ska studios is a one-man team), that’s pretty amazing. Unfortunately, when you’re just one guy you have less people to catch those ideas which just aren’t quite up to it, don’t fit with the other ideas or just aren’t right for the title. So some of the stuff in here could have been cut to aid the consistency and some of it just isn’t as polished as it could be. Still, for 800 points, you’re getting more than your money’s worth so it’s not worth dwelling on.

All in all, The Dishwasher is an incredibly fun (albeit seriously depraved) experience. If you’re a fan of side-scrolling games and aren’t easily offended, grab the demo at least – just be sure and play it long after the kids have gone to bed.