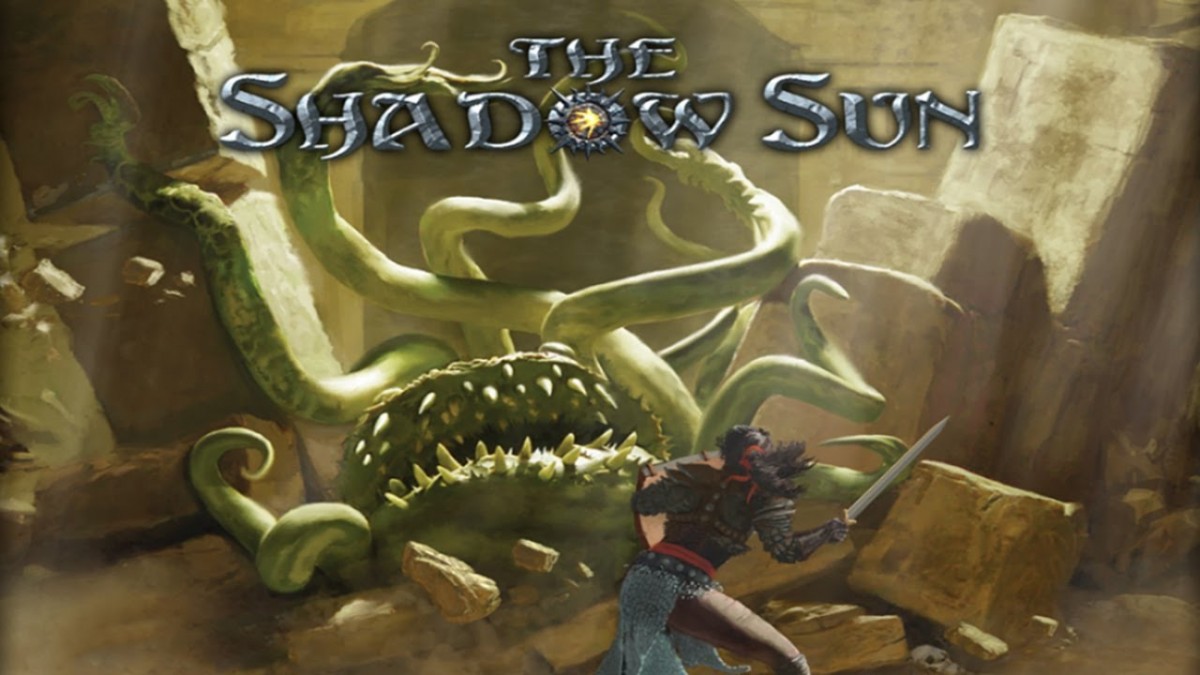 The Shadow Sun is a game that I honestly thought we would never see. Announced three years ago, the game was promised to be something that would give us an Elder Scrolls-like experience for iOS from developers who had worked on games like Baldur’s Gate and NeverWinter Nights. With a gameplay promise like that and from people with those kinds of resumes, expectations ran high for RPG fans.

So the game was announced, people got excited and then… nothing. For the next three years we heard essentially zip about the game. Sure, some screenshots got released to assure us that the game still existed, but for the most part it seemed like The Shadow Sun would fall into that most infamous of gaming categories known as vaporware.

But lo and behold, it’s the end of 2013 and The Shadow Sun is finally upon us! Unfortunately for the developers behind Ossian Studios, during the time that the game was in development we’ve had games like Aralon, RavenSword: Shadowlands and the Infinity Blade series to capture our imaginations, and the question on players minds will certainly be: Does The Shadow Sun still impress? Does it still give us the same excitement now that we would have had had it come out sooner? Well, the answer to that question will largely depend on your general expectations for what an RPG should be in the first place.

The Shadow Sun has you taking on the role of a character, as well as an NPC sidekick, who are charged with protecting a delegation from the “north” that travels to the fantastical city of Shar to investigate the mysterious plague that is ravaging the land as well as getting to the bottom of the bizarre political maneuverings that have recently occurred.

During your travels through and underneath the city, as well as traveling through the vast desert lands beyond its gates, you’ll encounter a massive cast of characters, take on an extensive array of quests, and become immersed in an expansive story that takes lots of unexpected twists and turns and introduces you to a world that you can’t help but want to be a part of.

The Shadow Sun’s largest success– and it does it better than any iOS game I’ve played– is in the way it builds its world and draws you into the strange machinations going on. Every interaction with an NPC, from the lowliest of street-urchins, to bizarre creatures that occupy the land, to the fabulously wealthy and politically connected citizens of the city weaves another entrancing strand in the rich tapestry of the world. It features a continually fascinating, deep, and rich lore that is constantly enticing you to learn more about your environment as you attempt to unravel the mysteries you find yourself entangled in. And just like Star Wars: Knights of the Old Republic, you can even have continual conversations with the NPCs that travel with you to learn more about their individual stories and how they fit in with the events that are unfolding.

There is always the main story quest bubbling beneath the surface of what you’re doing, but the game has so many side-quests for you to do and characters for you to interact with, that you can easily go hours without even touching the main quest at all.

Adding to the sense of immersion is the fact that you’re able to customize your character to be basically anything that you want. As you level up you’re able to put points into the typical character attributes like strength and endurance, as well as a good number of attributes that can mirror that type of character you want to be. You can focus on warrior skills, mage or thief skills, or any combination thereof, and the flexibility here is pretty great and a lot of fun to play with.

The games website makes a comparison the to famed Witcher series, and in regards to The Shadow Sun’s world building, characters and story, the comparison is very apt.

Where Shadow Sun stumbles the most is in its graphics. The visuals can range from absolutely gorgeous to out-and-out terrible, and the disparity can be kind of jarring. Character models are, for the most part, pretty ugly. Most of the characters (and creatures) are blocky, poorly animated, and not at all what you would expect to find in a RPG game like this in 2013. The look of everything else in the game is oddly schizophrenic as well. Some environments and buildings are highly detailed and look stunning, while other parts look like they were done in MS Paint in just a few minutes. The game, frankly, looks outdated.

Adding to the visual frustration are the odd camera movements. Sometimes the camera seems intent on cramming itself in the back of your character or sticking to a slightly askew side view or taking way, way too long to align itself back to center, all of which can make battles or simply moving around rather cumbersome and sometimes deadly affairs.

The controls are also a little imprecise. The Shadow Sun uses the typical control scheme of using the left side of the screen to move your character and the right side to pan around, and it doesn’t always work that well. I often found my thumb sliding out of the rather limited range allowed for moving my character around and trying to pan around the screen usually involved numerous attempts to get anything to happen.

So the original question remains: Is Shadow Sun a game that’s worth playing? For my money, the answer is a resounding yes. While I wish that the graphics and controls were better, The Shadow Sun is one of the most captivating experiences I’ve had with a role-playing game in quite some time. The story, characters, and the world around you are all so vibrant and alive that you can’t help but want more.