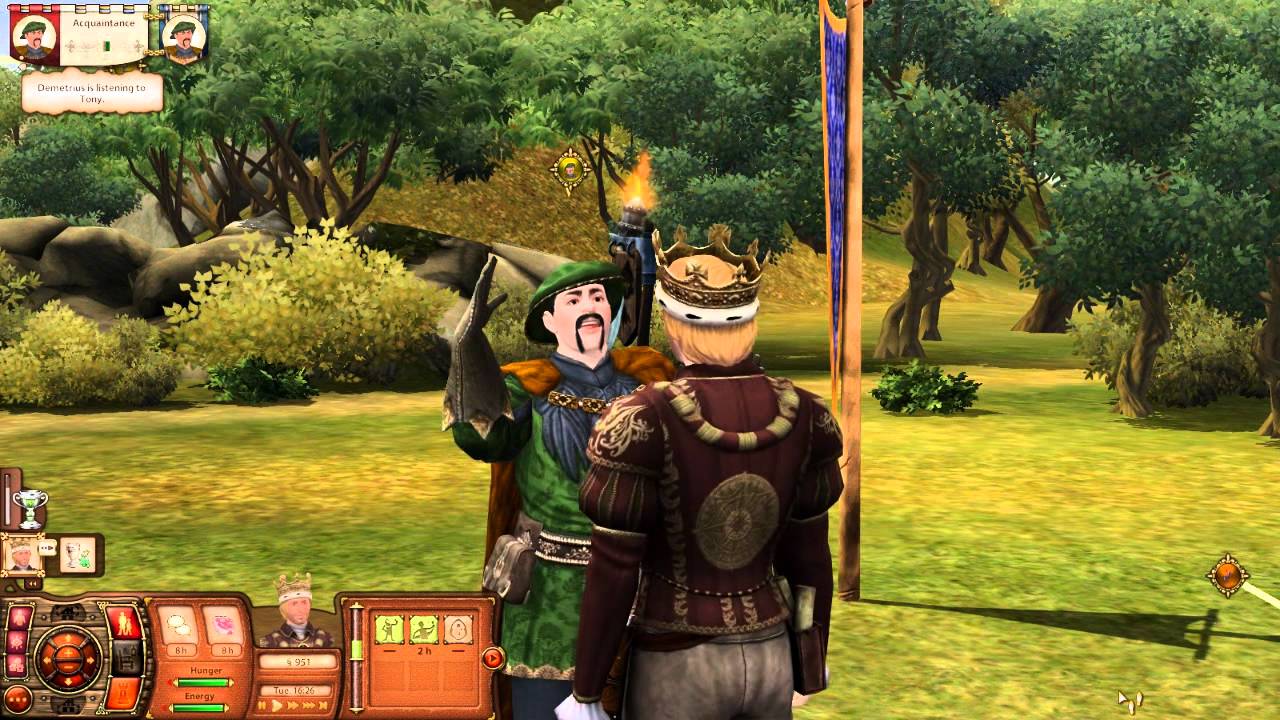 Remember The Sims Medieval? It was the breakaway title from EA that took out most of the spontaneous sandbox play from The Sims 3, but then added quests, and put a crown on it. The result was a quasi-strategy, semi-RPG where you could still make Sims’ lives miserable, though this time there was a storyline. And although most critics really didn’t know what to make of the game, it actually worked – as long as you didn’t expect it to be The Sims in a castle.

Arriving on this scene now, is the first expansion. And while this title certainly does not “remedy” all the things many people found fault with (the extremely linear gameplay is still here, as is the inability to make new castles or other buildings, or play with successive generations), Pirates and Nobles still manages to flesh out the game a bit more, and will certainly give players many hours’ worth of additional game time.

At its core, Pirates and Nobles focuses on a specific Kingdom Ambition, called “Peacemaker”, where you have to successfully navigate through the stormy waters of diplomacy amidst two warring factions. The Pirates have camped out near the docks, while the Noble envoy (a group that calls themselves the Guild) are hanging out at the entrance to the forest. It’s up to your kingdom’s heroes to decide whether they will side with one particular guild, or to attempt to stay neutral and just calm everyone down.

This manifests itself, mainly, in a series of new quests that all pertain to this ongoing conflict. In each, you generally have to decide who to support, the Aarbyvilian Pirates, or the Tredonian Nobles. Increased loyalty with one group generally means you’ll see a decrease in that of the other. And as you progress through the quests, your support of the different groups will result in different benefits for your kingdom as well. Supporting the Pirates may let one of your heroes become an honorary pirate, while supporting the Nobles can get you some great financial benefits – such as access to a special new guild-only village store. And to keep track of where things lie, there’s a new ‘War Effort Gauge’, to track how far your sympathies are leaning towards either group.

Whether or not you choose to focus on these new quests, Pirates and Nobles brings a lot of new goodies to the game. There are new clothing and hair options, as well as a range of eyeliner styles available – after all, what pirate worth his salt gets around sans-makeup? There are new traits, Entitled (for snobby Nobles), and Call of the Sea (for guess who), as well as the Dread Pirate legendary trait which lets you lead pirate raids, and collect tributes.

There are also some cool new objects, including an interrogation chair, which you can use to persuade your enemies to reveal all, using subtle and not-so-subtle methods. There’s also the introduction of birds, which you can send off to search for treasure, or hunt for you, or attack other Sims with. And no good pirate expansion could take itself seriously without some good old-fashioned pirate treasure hunting, which was the stand-out new feature for me – it’s a great way for heroes to earn a bit of coin, and collecting bits of artifacts and piecing them together to make new maps, is a lot of fun as well.

The strangeness of The Sims Medieval is still here, of course; the title is not-quite a strategy game, not-quite an RPG, not-quite The Sims. And fans of each of these different genres will still find the gameplay to be a bit odd. But for all its quirks, it’s still extremely more-ish, and the Pirates and Nobles expansion just brings even more good stuff to the game.