This guide will provide you with 12 things you didn’t know about Bees in Minecraft.

A bee sting inflicts a poison effect on normal and hard. After a bee has stung, it loses its stinger. Once the stinger is lost, the bee can’t attack, and she dies after 50-60 seconds of losing the stinger. It is similar to how bees attack and die in real life.

Taking honeycomb or honey bottles from a nest or hive will cause bees to swarm the player.

However, you can avoid it. You have to place a campfire underneath the nest or hive, and it is similar to how harvesters smoke bees in real life.

Bees have some unique behavior; they will fly around their nest but be attracted to flowers. Bees are attracted to small and tall flowers after circling a flower for a while.

A bee can collect pollen, and the pollen-carrying bee has a unique bum texture. It also emits pollen particles. Pollen bees have a chance to pollinate crops; it can happen as they fly over. A pollinated crop is advanced to another growth stage, much like using bone meal. When flying over, the particles have to touch the crop to fertilize crops.

When a pollen bee enters a bee nest or beehive, the honey level of the nest or hive increases by one, bees stay in there for at least two minutes, but eventually, they come back out.

Bees follow players holding flowers; it is much like chickens and seeds, Ocelots and fish, Cows and wheat, and many more. If you stand still while a bee is following you, the bee will eventually land and sit still. However, it starts moving as soon as you do.

Bees will return to their nest when it rains, and they do the same at night.

Bees are arthropods; it means they’re affected by the bane of arthropods. It’s an enchantment that deals increased damage; it is also effective against spiders, endermites, cave spiders, and silverfish. Like zombie pigmen and wolves, bees are angered when a nearby bee is attacked, and they are also angered when a nest is destroyed.

You have to use flowers for breeding bees, and the babies take about 20 minutes to grow up, and bees can breed every 5 minutes. You can accelerate the baby’s growth by using flowers, and each flower reduces the remaining time by 10%. 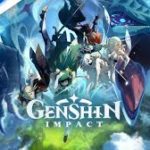 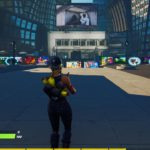