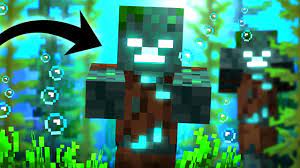 This guide will provide you with ten things you didn’t know about Drowned in Minecraft.

Like zombies, drowned hate baby turtles and turtle eggs. They will attack baby turtles swimming in the water. They will attempt to trample eggs on land. However, they quickly regret this decision, as they are lit on fire. However, at night, they will be able to get to the eggs.

Some speculate that the drowned mob references a monster from another well-known video game series. Namely ‘The witcher’ saga.

The players can find a monster called the ‘Drowner’ in these games. This monster has similar bluish skin and a creepy appearance. Drowned can turn on each other; it is similar to the way skeletons behave. It happens when drowned accidentally hits others with tridents. Once a drowned is hit, it will change target, even if it’s one of its own.

Zombies that are drowning will start shaking vigorously. After a short while, they turn into drowned. They are the first undead underwater mob.

If a villager is killed by a trident thrown by a drowned. Then the villager will have a chance of turning into a zombie villager.

Like other hostile babies, baby drowned have a rare spawn. They can spawn while riding a chicken.

It is called a chicken jockey.

It sometimes happens if a drowned baby is about to spawn close to a chicken mob. If it spawns while a chicken is in the area, there’s a 5% chance.

Drowned will naturally spawn at light levels of 7 or less. It is in line with other hostile mobs, but drowned are different. They only spawn in ocean biomes, all variants, rivers, and swamps. They will not spawn above sea level, even if there’s water.

Husks are special. Once husks start drowning, they will shake as zombies do. But instead of turning into drowned, they turn into regular land zombies, and they likely will drown again. Upon drowning the second time, they finally tun into drowned. I feel pretty bad for husks. It must be their 3rd time dying, Harsh, it seems like this one wants to die a 4th time. Drowned can have a few things equipped. There’s a 15% chance it’s holding a trident. There’s a 2% chance it’s holding a fishing rod. And a 3% chance it’s holding a nautilus shell in its off-hand. They have an 8.5% chance of dropping their naturally generated equipment. However, off-hand items, like the nautilus shell, always drop. 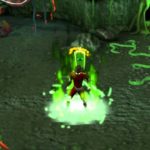 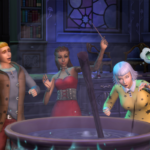