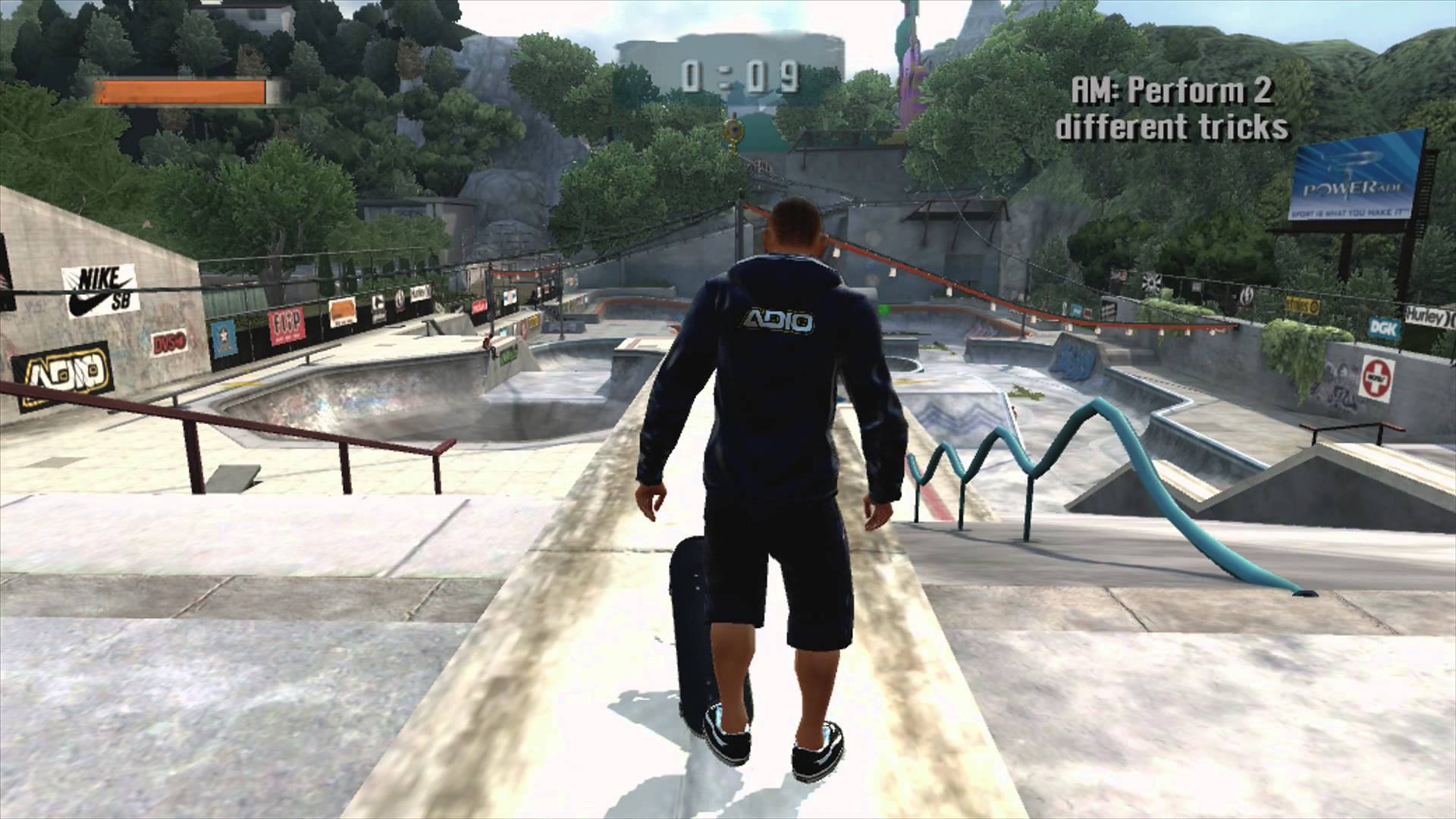 The Tony Hawk series has been slowly declining for a while now. It’s not that the games are of poor quality, but there’s a big problem with games delivering an experience significantly less revolutionary than they are advertised to be. For example, Underground promised free-roaming environments and cars to explore them in. The environments were technically free-roaming, but they were tiny. Oh, and you drove a vehicle a grand total of twice, once as a training exercise. American Wasteland promised a huge, streaming replica of Los Angeles to explore with no loading times whatsoever. Again, not technically a lie, but the city was a caricature at best and while there were no load times, there were long pointless tunnels linking the smallish areas together. Hmm. I wonder what those were covering up. Thankfully, Tony Hawk’s Project 8 rights all of these niggling wrongs. By completely revamping the engine to include realistic animations and physics, they released very little about the game until right before launch, and even then most of the information was pretty limited. Project 8 is a blend of the classic, strgictly sports-based Pro Skater games and the punkish sense of humor the more recent Underground and Wasteland titles had. And finally, after years of being promised one, we have one large sandbox to skate in. Thanks, Activision! Project 8 is definitely worth a purchase, especially if you’re new to the series. It’s a great reinvention of the franchise with plenty of familiarity for those who’ve been playing the games for years.

The story in Project 8 is thin, but frankly that’s how we like them. Skateboarding honestly doesn’t lend itself well to deep plots, so Project 8 is a simple “climb the ladder to be the best” kind of situations that focuses primarily on the nameless, voiceless you and your skating prowess. Mercifully, this means no more Jackass-esque stunts to move the game forward. They were funny the first time around, but it got a little old the second and third time around. The bare-bones story also means that the game’s sense of humor is less in-your-face, actually making it one of the funniest entries yet. Nearly everyone in Beaver Canyon City (har de har har) is either a skater or a bureaucrat, and the latter will often make hilarious and stupid comments like “You should be one of them, er, uh, skate boarders!” or “oh my god, this is worse than a low profit margin!” while there are lots of these nice background gags, there’s still plenty of the dryer, blunter comedy that’s certainly off-color but undeniably giggle worthy. There’s a mission where the player must collect a man’s golf balls as he practices his drives called “Grab Dad’s Balls.” Raunchy, to be sure, but it’s still relatively edgy for mass-market video games. Fortunately, the line is danced around rather than ignored completely. All in all, it’s a welcome change in atmosphere for the series.

The game is set is a fairly large area of play. While it’s still nothing compared to games like Oblivion, it’s still a decently big sandbox to muck around in, and the fact that there is no loading to break up the action is a major plus. After breaking out of Suburbia, the Stepford of the city, Jason Lee (former pro skater, now actor) basically becomes your guide as you rise the 200 ranks from noobdom to Tony Hawk’s team of 8 skaters. He does a good job and it’s clear that he’s putting in a decent effort and not just there to promote My Name is Earl. Along the way you’ll meet other pro skaters who will give you a series of challenges to complete. The other pros don’t put in a great performance, but not being professional actors, it’s pretty easy to overlook. When you’re not going toe-to-toe with the pros, you’ll be completing randomly dispersed goals around the game world which range from beating people’s records to performing at parties. Some goals are fun and intuitive, while others are maddeningly difficult. Races are an absolute pain, as the other riders seem to have jet packs bolted onto their boards. Because the revamped engine has removed speed from your skater’s stat list, races seem to be entirely down to luck. Every goal has three difficulty levels: Am, Pro, and Sick. Most of the Sick goals are literally insane, and completing them will be a badge of honor to some. Project 8 is by far the deepest Hawk game yet, and a lot of time will be spent completing all of the side challenges available.

The biggest addition to the game is the new Nail A Trick mode. When in the air, pressing the two analog sticks down will cause the camera to zoom in close to your board, and time to slow to a crawl. While in the mode, the sticks give the player complete control of the skater’s feet. It takes a while to get used to, but as soon as it’s been mastered all kinds of awesome tricks can be pulled off. This adds unfathomable layers of depth to the game, as all of it is calculated in the physics engine. As well as enabling this fantastic feature, the new physics engine also replaces the bail animations for the skaters, and also recalculates the trick animations to be area-specific. While it has its glitchy moments, the new engine is certainly a welcome replacement and is most definitely a keeper.

The graphics have also received a complete makeover, and for the most part they look fantastic. The characters are all very detailed and animate beautifully during cutscenes, lip-synched dialog and all. The city looks great as well, with high-resolution textures and detailed buildings all over the place. However, all of this causes a strangely erratic framerate- nothing major, but it’s just noticeable enough to become annoying. The biggest drawback is the stripping down of the customization options the series had become so well-known for. Options to change the height, weight, and facial details are gone, and custom decks are gone too. Still, it’s an understandable tradeoff, and it’s something that will certainly be remedied in future Tony Hawk titles- come on, don’t pretend there won’t be one. Finally, it’s worth noting that Project 8 has a great soundtrack with lots of famous rock and punk songs, as well as a good selection of underground rock and hip-hop artists. The Tony Hawk game sounds just as good as it ever did.

Tony Hawk’s Project 8 is an easy game to recommend. The added features will be a welcome change of pace to veteran players, but it’s also a good place to start for those who’ve held back on the series in the past. It has a much better sense of itself than previous entries, and instead of shoving touted features in your face, it simply presents them to the player and lets them loose. While it doesn’t scream next-generation, it’s certainly a major update that ushers in a brilliant new control technique and some realistic physics, while also delivering a good blend of pure skating and gleeful silliness that the series was having a hard time striking a balance with. A great experience across the board. 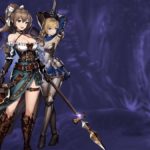 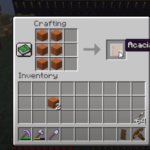 How To Make Acacia Door