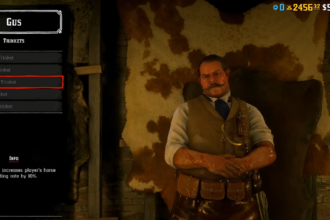 This guide will provide you with the best things you can Buy in Red Dead Online.

The roles will give you more things to do with different ways of making XP, gold, and money. The Bounty Hunter role opens up new missions, and you can fight infamous, normal, or legendary bounties for insane amounts of money and gold. The trader will allow you to produce goods that you can sell to NPCs at your camp, and you can deliver the goods for a huge payday.

The collector role will allow you to search and discover expensive treasures. It is the best role to make money in a short amount of time. The Moonshiner role is a passive business where you start the production of Moonshine and then sell the batch of goods.

The Naturalist role is very good when you combine it with the trader. Then you can hunt legendary animals and donate them to your butcher’s table for your trader role.

You must collect all weapons in the game, but some top picks outperform others. Lancaster repeater is the best weapon in the repeater class as it deals 42.55 damage per shot and has the greatest accuracy. The next one is the Bolt Action rifle, which deals 58.55 damage and has a much faster rate of fire than the Springfield rifle. The Bolt Action rifle is the better standard rifle to use when fighting enemies.

The Carcano rifle deals 101.1 damage and has a much faster rate of fire than the Rolling Block sniper rifle. It is much more useful in PVE due to its fire rate and superior against tank builds. The pump action shotgun for PVE and the double barrel for PVP is also very useful.

The special end-game trinkets give your character small boosts, and you’ll find these available wherever Gus the Trapper is located. They were quite expensive as well. You can buy these trinkets to take advantage of these benefits.

At number four, there is a stable filled with strong horses. A horse’s speed isn’t important because the difference between the fastest and the slowest horse is less than 10 %. The thing that matters is the price and stats of the horse, like health and stamina. Buying the newer DLC Mustang horses in the multi-class is recommended for beginners. Because their level restrictions have been lifted, you can get them at level 1. The red chestnut Arabian is a great starter horse for a solo player.

The next thing you can buy in Red Dead Online is Fence Pamphlets. There are some newer skills and abilities that you can purchase from the Fence, like the ammo pouch upgrade pamphlets to store more ammo. It is highly recommended to check out the Wilderness Camp, ammo pouch upgrades for rifles, pistols, repeaters, shotguns, revolvers, and arrows. Also, look for higher-level special pamphlets like the dynamite Arrow and pamphlets for crafting Express explosive ammo incendiary shotgun shells, special horse medicine, explosive slugs, horse meal, and toxic moonshine pamphlets.

The camp upgrades will give your character additional stab boosts and allow you to get more out of your camp. These upgrades will make your life on the frontier easier. Like, the weapons locker will let you store unused or unwanted weapons.

The role upgrades will supercharge your experience with roles, improving every single roll. You will earn enough role tokens with each roll to purchase everything. The horse’s equipment, the Bounty wagon, the shovel metal detector, Advanced Camera, Wilderness Camp, the hunting wagon, and moonshine still upgrades are all good Investments to make.

The Ability cards will give your character additional talent, skills, and Buffs. The Paint it Black card allows you to do easy headshots, and the Cold-Blooded will help you to re-heal for a few seconds. There are many more ability cards to choose from. 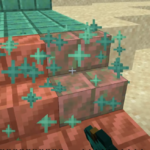 How to Remove Oxidation from Copper Blocks in Minecraft
Next Article 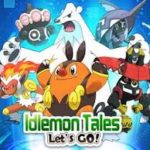