This guide will find 12 types of celebrities to consider playing as in The Sims 4.

The first thing you will need to do is become a famous vlogger. For that purpose, you need to buy more video stations, and you have to upgrade your equipment to improve the quality of the video. And then use it to start producing videos, as shown in the image below.

You can review products, create beauty, make fashion-focused videos, and make vlogs. You can edit the videos together using the video station through which your media production skill will increase before uploading them to get fame and royalties. You also need to make sure to have the corporate partnership perk, and it will give your sim more fame from the uploads.

The established name perk also helps you increase the money you receive from royalties. This method is best for the mid-tier celebrity, and to get more success; you need to buy the streaming drone and stream on occasions to get more fame points.

Suppose you want to become a celebrity travel vlogger or influencer. In that case, you need to have a video station and a drone in your sims inventory before sending them on vacations to different worlds and areas. You can also use the drone to record neighborhood footage of the area and then head home and use the video station to edit your travel videos and then upload them to fame and royalties.

The celebrity career is a gig base career, and completing gigs will give you fame while reaching the higher levels of the career. For this career, you need to have an established name perk because it will help you skip the audition phase of the gigs and make tasks much easier to complete.

It is an excellent option for a five-star celebrity, and when you reach a higher career level, you will earn a good amount of money. If you want to become a celebrity artist, you need to get paintings first, and when your work is complete, you can sell them for some fame and money, as shown in the image below.

If you have satisfaction points, you can also purchase Creative Visionary and marketable traits from the rewards store to help you make higher quality paintings. The established name perk will also give you some extra money. If you stream with a drone while painting will also increase your fame gain for this type of celebrity, and it is the best option for mid-tier celebrity, as shown in the image below.

Now to become the richest celebrity, you need to get fame. You need to do live streams and use your drone to stream your painting; you also need to befriend other celebrities. You will need to have a networking fame perk as a one-star celebrity, and you can gain fame from socializing with other celebrities, as shown in the image below.

When you reach a b-list celebrity, you need to make sure to have a good reputation, and after that, you need to get the giving back perk. With this perk, donate objects for fame; if you have the money, you can also get to the five-star celebrity in a few seconds. You also need to go to events and hang out with other celebrity sims.

You will need to buy a lifestyle brand perk for this career because it will help you make your brand like a skincare line or a perfume. If you want to become a celebrity musician or a pop star, you first need to play an instrument in public, giving you fame. When you reach level eight of an instrument skill, you can also write songs. At level nine, you can license a song each week, giving you a big fame boost and daily royalties.

If you have a city living expansion pack, you can easily progress in this career. You can unlock the writing and licensing song at level eight and nine of the singing skill. With this expansion pack, you can also get the mix master music station that you can use to produce your music tracks and then release them on simify, which will give you some fame, and you can also send them to record label stores.

After that, you have to level up various instruments in singing and dancing skills so that they can perform as a group at the parties. You can gain fame by writing and licensing various songs and lyrics, performing in public, streaming with drones, and networking.

If you want to become a celebrity gamer, you need to have a city living expansion pack. When you reach a high gaming skill level, you can enter game tournaments on a console, gaming mat, or computer, giving you fame. You can also enter into a social media career and specialize in the internet personality branch, as shown below.

You can also start streaming your gameplay; if you perform this interaction regularly, you will gain fame faster and soon become a five-star celebrity. You will also get millions of followers while performing this, and it will be added in the celebrity star power selling. You can advertise to your followers online to earn extra money in this career, as shown in the image below.

You will require a “Get to work expansion pack” for the next celebrity career and become a celebrity astronaut. Exploring space will give you fame, and for this, you only need to have a baser game. With the expansion pack, if you travel to an alien homeworld at 6 am, it will give you a lot of fame.

Traveling to 6 am will also require you to be on level ten of the rocket science skill and the wormhole generator upgrade on the rocket ship. You can also travel to six am using an upgraded Electrolux wormhole generator from the scientist’s career. You can also carry a drone to six am to stream in space and produce space-themed videos, which will give you fame and extra money. 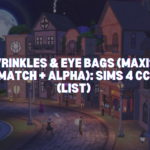 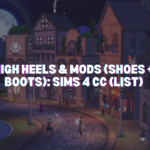