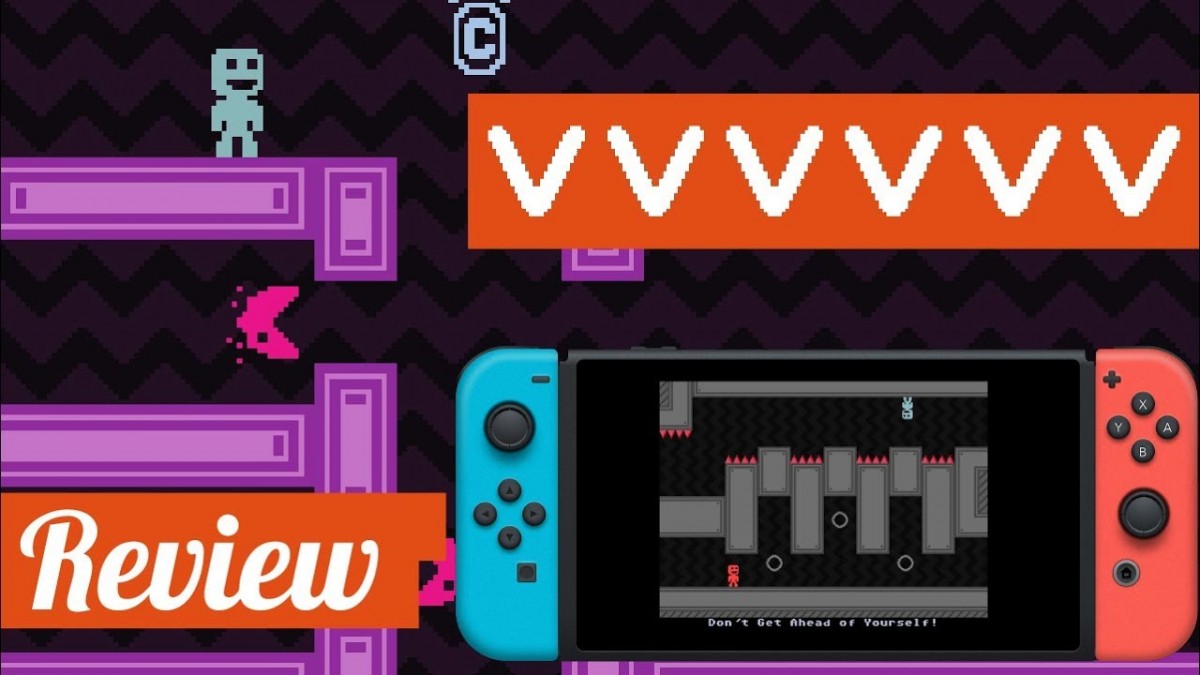 Do you like a challenge? VVVVVV (that’s six Vs for those counting at home) is a super-tough, super fun platformer that’s been out for several years on other platforms, but has just made its way to iOS. And the App Store is all the better for it.

In this game you play as a pixelated captain whose crew members have been scattered all over the map. It’s up to you to traverse the 2D environments to gather them back on the ship. There’s one big catch: Instead of being able to jump like in most platformers, here you can upend gravity. Tap the right side of the screen, and your character shoots vertically into their air until he hits the ceiling, which then becomes his floor. It might sound like a simple tweak on standard platform gameplay, but in the hands of developer Terry Cavanagh (who also made Super Hexagon), it leads to all kinds of creative conundrums.

The level design in VVVVVV is ridiculously good. Instead of having the camera scroll with the player, the game is divided into screens, with each one offering a new virtual playground. Some screens are like logic puzzles, where you have to figure out which side of gravity you need to be on to pass through each individual part. Others are straightforward platformer challenges based on jumps, timing, and avoiding enemies. It’s a finely crafted game that always made me want to find out what was around the next corner.

And while it might look like an Atari game, VVVVVV comes packing a great big dose of modern game design. That means no matter how hard the game becomes, you almost always feel like it wants you to succeed. The challenges can be very difficult to be sure, but they’re usually not punishing. Checkpoints are everywhere, and you re-spawn immediately upon dying. Plus, most of the hardest sections of the game aren’t necessary to complete to see the end credits. Instead, they’re located on the way to collecting 20 optional orbs scattered throughout.

Frankly I’m not crazy about the art style, but it works fine for the purposes of the game. On my Retina iPad Mini, the graphics looked a little fuzzy, but I got over that pretty quickly once I started playing. On the plus side, the music is awesome. Like, ridiculously awesome.

Any tough platformer on iOS lives or dies by its controls, and here they’re sufficient. Three input options are available, so whether you like to slide your thumb, press D-pad buttons, or tap either side of the screen to move your hero, you’re covered. I preferred the D-pad, but I found it hard to come to a complete halt on occasion, which led to more than a few deaths. If you can play this game on a device with buttons, like a 3DS or a computer, you may want to go that route. Even still, I was able to beat the game using the touchscreen controls.

Which brings us to the game’s length. It took me around two hours to beat, but if you collect all of the orbs you’ll get more time out of it. Some of the orbs are very tough to get, and I wish the map indicated where they were once you’ve spotted them.

All in all, VVVVVV on iOS is as solid a port as we could hope to get. It runs great, controls just fine, and offers the same excellent gameplay that’s been available on other platforms for some time. If you haven’t played VVVVVV, this is as good a time as any. Any platform will do, but the iOS version stacks up just fine against the others.