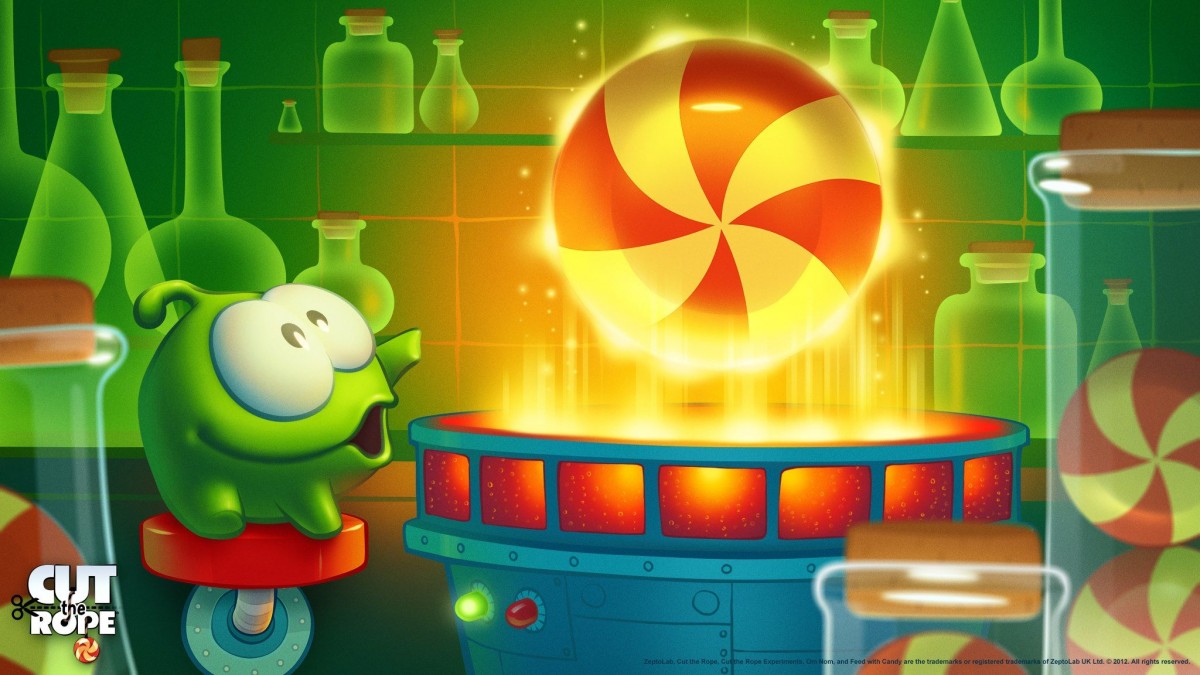 Cut the Rope is a downright adorable action-puzzle-physics game. It’s also fresh, challenging, gorgeous, and highly entertaining. It has simple rules, intuitive controls, and can be played in short bursts or blitzed through in a marathon gaming session. In short, it’s exactly the type of game most people who own iPhones want to play. And play it they should!

The goal of each level is to feed a piece of candy, suspended by a series of ropes, into the mouth of a cuddly little monster named Om Nom, who is located somewhere on the screen. To do that, you have to cut the ropes in a way that makes the candy swing, jump, or fall into the little guy’s mouth. If you can do that while picking up all of the stars in each level, then you’re golden.

But this is a puzzle game, so you’ll have to put on your thinking cap to figure out which ropes to cut, and in what order. Complicating matters, you’ll encounter movable pegs, spikes and electricity, bubbles that make the candy float, and whoopie cushions that, when tapped, send puffs of air that can blow the candy where you need it to go.

Each level is cleverly designed to make delivering the candy to the monster difficult but not impossible. Solving the levels requires precise timing or delicate precision, or– better yet– both. As you progress through the game’s 100 levels (more are on the way, says the developer), the difficulty mounts steadily, resulting in some real head-scratchers toward the end. Both Crystal and Game Center provide leaderboards and achievements, giving the game a healthy amount of replay value.

The only issues we have with Cut the Rope are some minor control annoyances. For instance, once sliding pegs are introduced, the game will occasionally think you’re trying to move a peg when you mean to cut a rope or vice versa. This can get you into trouble in some levels, but it’s mostly a minor annoyance.

Cut the Rope is a game nearly everyone will enjoy, puzzle enthusiast or not. It packs all the charm, variety, and smart level design you could hope for, while maintaining simplicity of gameplay. In fact, we’d put it right up there with the best casual games on the App Store, like Fragger, Fruit Ninja, and Angry Birds. Be sure to pick this one up. 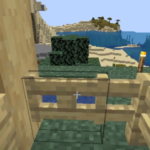 How To Make Birch Fence Gate