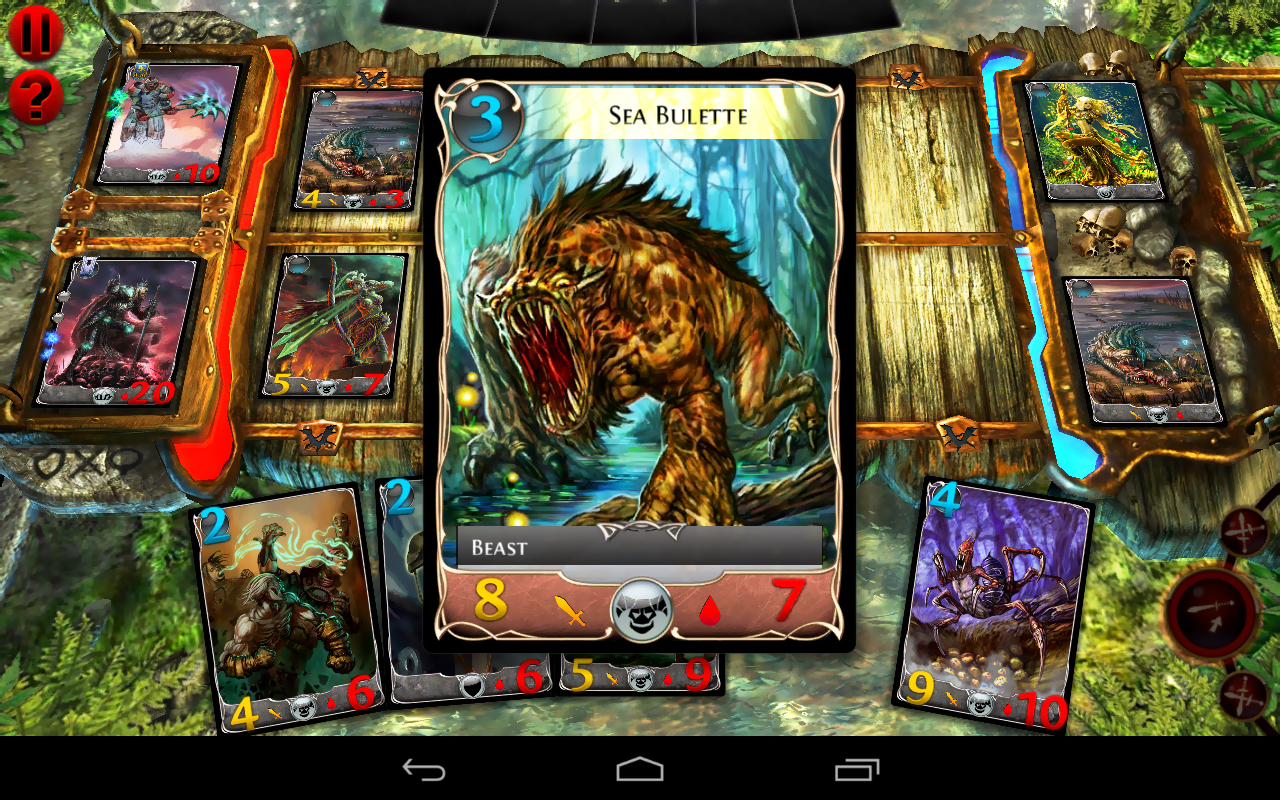 If you’re looking for top card games to play during quarantine then you’ve come to the right place. Hundred of card games are released on daily basis, most of them are trash, but some of them are worth spending your time, there are some top quality card games that goes unnoticed, that is why we have created this list of hidden gems, these games will keep you busy for a long time.

This app is an implementation of the Wizard card game developed by Ken Fisher of Wizard Cards International Inc., Toronto, Canada. You can play the single player offline against the AI or join in a live multiplayer game with other players around the globe.

Twenty-nine or 29 (it is also called 28 sometimes with minor variations in rules) is a very famous card game which is played by four players in fixed partnerships. The players facing each other are partners. The game is played with 32 cards comprising of 8 cards from each suit. Jack (3 points), Nine (2 points), Ace (1 point) and Ten (1 point) are the only cards which have points. Thus making a total of 28 points. The teams need to bid and set a target for themselves and then achieve it.

Our app brings together the best of digital poker and traditional live face to face poker. Now you can play multiplayer F2F poker with your friends, without having to bring a poker set with you at all times. Imagine playing a game of live multiplayer poker around the campfire, at the beach, the bar, the park, in the train, while waiting for food in the restaurant, when skydiving – Really, it’s only limited by your imagination. You and your friends just need the free EasyPoker app on your smartphones and we’ll take care of the rest.

Surround the Sultan (king of hearts) with all his queens in this free and addictive Solitaire classic card game!

Compete against players across the globe as you strive for a top spot in the Worldwide Rankings, and watch your player level rise from a Goldfish to a Whale!

Deploy units and unleash deadly magical abilities, while completing quests to earn blessings from the gods. Only the mightiest of warriors will stand victorious in this battle for the Mortal Realms, a war that spans both physical and digital worlds.

The harp (German: Die Harfe) is played with 2 sets of cards (104 cards) and 8 storage places. There are only 3 rounds allowed, so you can only turn the stack 2 times. 1st round, 3 cards are moved from the left to the right stack. 2nd round 2 cards and last round card by card. You can only move all open cards of a field column at the same move to another field column, no parts of it. It is not allowed to move cards from the storage back to the field.

A nice and clean version of the classic Hearts card game. If you are a competetive player, you can check our TOP 100 ranking. Just enter your email and fight for the 1st place!

Texas Hold’em Odds Calculator application calculates and displays hand probabilities by simulating thousands of games with given combinations of cards.

This application unlocks the Premium experience across the entire suite of games in the Decked Suite. Play cards, chess, and other games face to face with your friends without the distraction of ads.

We collected the best social solitaire experience to bring it to you. We are quite sure that everyone who likes tri-peaks, pyramid, freecell, spider, diamond, klondike, club, hearts, mahjong and other classic solitare games, of any age, from teen to wisdom, will love the ability to join the global social solitaire arena.

The collection contains favorite solitaire games such as Freecell, Klondike, Canfield, Golf, Spider, Scorpion, Pyramid, Tri-Peaks, and others, as well as a lot of original games.

This game will help you learn some of the basics of Poker without having to worry about beating other players. This is not a multiplayer Poker game, it is based on the old Video Poker games that used to be popular in the 80s.

This is a virtual comparison retro game (card game) in which the object is to win all the cards based on “attributes” or “capabilities” chosen by the players and converted to numeric values. You can play in single player mode or in multiplayer mode.

21 Solitaire Game. Combines some of the skill of Blackjack with the simplicity of solitaire. Score as high as you can. Play until you run out of moves.

This Teen Patti instantly familiar to fans of Texas Holdem Poker, blackjack or other card free games. Play Teen Patti game with your friends, family or anonymous friends around the world.

Animated card movement. Tap a card to move it, and if it can move, animation will do the rest!

Unhatched is an absurdly peculiar mix of puzzle solving and role play, married together by a simple card swiping mechanic. You’ll play as a dragon trainer reclaiming her freedom through a pact with a mysterious rescuer. What starts innocently with opening a jar of pickles, will end up testing the limits of your wit and bond you create with your dragon!

If you play the basic strategy, without counting cards, you will lose over the long haul. You can see this by putting the web start version of this program in automatic mode (T command), and it will play about ten thousand hands a second, using the basic strategy. That “less than a percent” edge that the casino gets adds up real quick at over 10,000 hands/second! But if you simulate counting cards (see config in web start version), you can see that can swing things in your favor.

A card game, popular among people all over the fantasy world. New to the game? You’ll definitely love it, once you get used to. Already know what the game is all about? Go ahead and quench your thirst with this great card game.

Klondike Solitaire is one of the oldest and most popular card games of all time. Also known as Patience, American Patience, Canfield and Russian Solitaire (Пасьянс Косынка), it became the favorite solitaire for many players around the world!