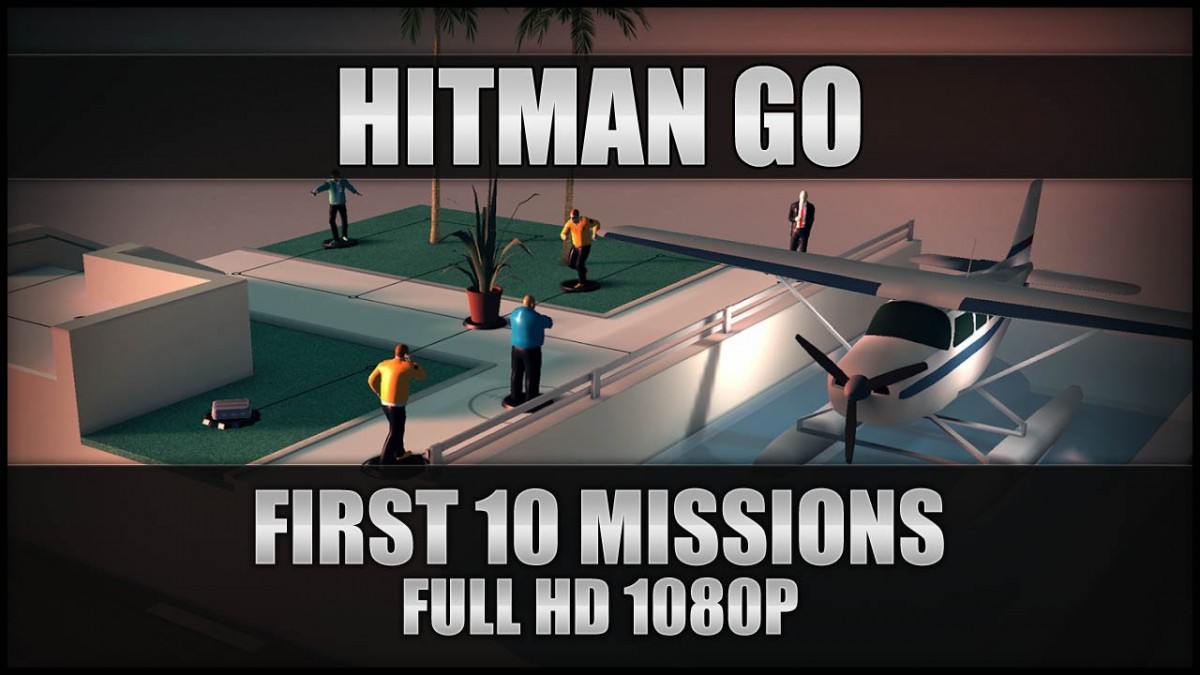 In a way, all stealth-based games are made up of puzzles. The levels in series like Metal Gear Solid, Hitman, and Tenchu usually give you an area to infiltrate, with well-placed guards who act in a predictable manner, whom you have to sneak past (or kill) without alerting anyone. The makers of Hitman Go have turned the long-running series into a digital board game for iPad, with excellent results.

Unlike most board games, there’s no tutorial or instruction manual. You’re just thrown in and left to figure out how the game works. The levels are designed to incrementally teach you how to play, and they do a good job of it. You learn from each mistake, which creates a satisfying sense of discovery.

Your goal is always to deliver Agent 47 from one point in the level to another, usually across the board. To do that, you move one space at a time along branching pathways. The game is turn-based, so after you make a move, the enemies make their move. Each enemy type acts a certain way, whether it’s walking a predetermined path, turning 180 degrees, or simply standing still.

If you move into an enemy’s line of sight on an adjacent point, they they’ll kill you instantly. Likewise, if you sneak onto an enemy’s spot while they’re looking elsewhere, you kill them. All enemy movements are predetermined, so if you observe a level for a few turns, you’ll learn exactly what each enemy will do every turn. It may sound simple, but later levels add enough enemies that you’re sure to mess up and have to restart time and again.

Each level has multiple goals that require multiple play-throughs if you want to complete everything. Some goals will ask you to win in a certain number of moves, while others have you win without killing anyone or collecting a briefcase. Throw in some plants you can hide behind, teleportation squares, rocks you can toss to get the guards’ attention, and disguises you can wear, and the game becomes intriguingly complex. Later levels might make you flex your mental powers close to the breaking point, but that doesn’t make the game any less engaging.

This isn’t a game most people would have expected from the Hitman franchise, but it works wonderfully. Hitman Go is a bold game that takes big risks, but those risks pay off big time. Whether you’re a fan of the franchise or not, this is one to check out.