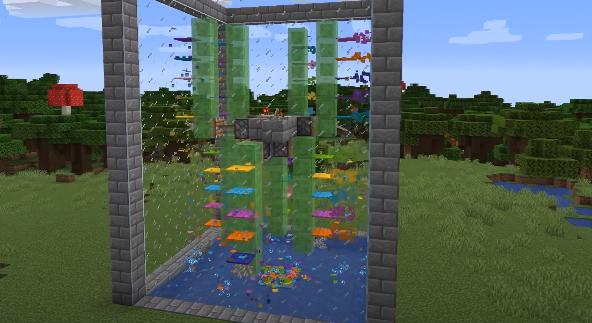 Carpets are very useful blocks in the Minecraft game. You can use them for decoration and also as a fuel for the furnace as they are handy for this purpose too. In this guide, you will learn how to dupe carpets. Go through the guide and follow step-by-step instructions to dupe the carpets. You can increase the size of your farm to produce a massive amount of carpets.

There are certain items you need before making a farm to dupe carpets such as:

Bring out all these things mentioned above and put into inventory.

After digging this equally deep hole, dig out three blocks from the left side (narrow area) of the pool as shown below.

Then place two chest boxes and a hopper running into the chests at this dug part.

After that add stairs on the chest box like shown below.

Now you need to add two to four water buckets in two corners of this hole, so that this pool gets filled up with water.

Now build up three blocks high and five blocks of a lengthy glass wall behind the water as you can see in the image below.

Now build the duper itself. Place down seven blocks over the chests and hopper same as shown in the image below.

Now add a lever to one end.

Then place down a comparator and make sure to turn it on.

Now add three red stones and then place down a redstone repeater beside it.

Then add the last red stone to complete the circuitry.

Add piston next to the red stone.

Now add two slime blocks on top of each other.

Then add a dead coral fan beside the slime block and place a carpet over it.

Your duper is ready to roll. Time to test it out. Press the lever to see the action of the duper. You will get to see movements straightway. Everything will work as expected. Carpet will collide with a wall of glasses to dupe carpets.

You can also expand this farm by adding more slime blocks over previously installed blocks with different color carpets beside it over the dead coral fan as we did before. You will also need to increase the height of the glasses’ wall as well.

When expanding the farm make sure to add a tick to the repeater, so the carpets won’t get stuck. We will also need to expand the collection system because the extended farm produces a lot more. Just add some chests and hoppers so the duper won’t clog up your collection system. Remove water and add hoppers on both sides of previously installed hoppers and add more chests as well.

Press lever again to check the action of the duper. You can see a lot of carpets flowing into the chests.

Now have a look at the production rate of these dupers.

You can also fit up to eight dupers to one comparator clock.

How to Level up in Halo Infinite. 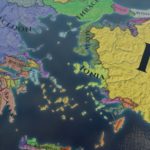 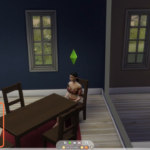