Guardian XP Farm produces more than 13,000 items every hour. The Guardian XP Farm will give you a huge amount of prismarine shards, prismarine crystals, raw cod, saw salmon, pufferfish and tropical fish. It’s a AFK farm, you will get XP and it will level up your character. You can build a beacon just next to the farm, so that the guardians will not be able to kill you.

This guide will let you know how to build a Guardian XP Farm in the Minecraft game.

Bring these things out of the shulker box and add them in inventory.

Start with killing the elder guardians first. The guardians are located in these spots shown below. Drink needy potions before going into water.

Get close to these points and place TNT there. Make sure to cover the TNT from all sides so that it will break the blocks.

Use a redstone block to activate the TNT.

After guardians get killed you can start building the farm. Go in the middle and place down four temporary blocks.

On top of them build four high glass towers.

Now build a temporary 2*2 platforms in the middle. Then make a frame of the farm.

Build out 8 blocks and the ninth will be glass. Place down the glass diagonally with a one block offset from the last dirt block. Do this for every side.

Now connect the glass border. The border will be 22*22 blocks.

Then add the corners to the farm

When corners are done, start filling up the dirt.

Go in the middle now and place down your fence gates. Six gates to each side. Make sure to open them up.

The middle bottom is done now. These are the platforms we are going to build now. Pay attention to the Y values.

Now build up the walls by 127 blocks or until your Y value gets to 193. That’s one block less than two stacks.

On the last row stop at Y=178, and build a small platform

After reaching at that particular point shown in image below, place down 4 temporary blocks and build a small 2*5 platform. Then complete the wall.

When the tube is done. Go on to the platform built before and place down five scaffolding and build a second platform of 2*4.

Now build the collection system at the lower platform. Start by placing down the chests and connecting them with hoppers. There will be six double chests in total. Place four hoppers at the top of the last chest.

Now go on the top level and build two temporary 2*3 platforms next to the hoppers.

Then place down the last two hoppers at the edge of the glasses.

Now place down a hopper minecart and break the rails.

Now push a block into minecart, so it will not slide off the hopper in the future.

And do the same thing on the other side as well.

It should look like as shown below, when it’s done.

You can remove temporary blocks now

Next step is to build the killing chamber. First build 3*3 walls and add a roof. Leave a 2*1 gap at the inner side.

Now place down some trapdoors in the same way as shown below.

Place Two trapdoors on the ceiling as well.

Here is the clear view of the structure after placing trapdoors on hoppers, walls and on ceiling.

Get on top of the chamber now and build the walls up and add two signs at the inner sides of the wall to stop the lava that we will put in here later.

Continue building up the walls to the top of the tower.

Now place down another two signs but this time to stop the water.

Break four blocks from the middle of the roof.

Place down four temporary blocks to put the water on.

After adding water, break the blocks, and let the water flow down.

After that place down your lava beside the water and you can close up the roof now.

Now that your platforms are ready, double check the Y values.

Now start placing down the kelp in the water tube to convert the flowing water into permanent water.

You need to add kelps all over the tower. And you can remove the kelp after some time.

You can now start placing the water on the edges as well. Make sure not to put water on the first two blocks of each corner.

Water part over the sea is done. Now go under water and remove some unnecessary blocks. Don’t forget to use the potions before going underwater.

After removing blocks the area should look like as shown below

Now start placing down the soul sands. The soul sands will be with the same dimensions as glass border on top, so 22*22.

You can also remove the temporary blocks from the middle now.

Now remove the layer of temporary blocks from the platform we made above. So that guardians can easily come there.

The farm is almost done, just add water in the killing area, so the guardians will stay in place.

If you just want to AFK and get the items you can replace the water with campfires.

It is also useful to build a beacon with regeneration so the guardians won’t kill you when you hit them.

Close the trap doors, so the guardians won’t kick you away. AFK for thirty minutes.

Put your auto clicker on for 5 seconds and make sure to use armor.

I am using a loot III sword and a GS Autoclicker. After thirty minutes I am on level 75. Here is some information on how long it takes to reach certain level with this farm:

Let’s open the chests to see the loot I got now. 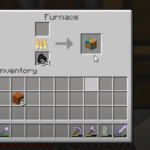 How To Make An Orange Glazed Terracotta
Next Article 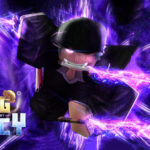 Everything You Should Know In King Legacy