Infinity Blade is not a role-playing game. Role-playing games generally have deep storylines, large casts of characters, and game worlds you can explore at your leisure. Infinity Blade has none of those things. Instead, it has some of the most visceral action we’ve experienced on the platform, a well-tuned equipment system, and a gorgeous and immersive atmosphere. There’s nothing else quite like it on the App Store.

Your hero in Infinity Blade is part of a bloodline that has sworn to take down the God King, a powerful, near-immortal creature that despises humankind. Your job is to make your way through his castle, sword-fighting his minions one by one on your way to the throne room. The enemies come in all shapes and sizes, from human swordsmen to colossal mechanical giants. As you take these enemies down, you attain better equipment and gain levels, all in preparation for your fight with the God King.

When you arrive in the throne room and challenge the overlord, you’ll find him to be much quicker and more powerful than any of his cohort. When he kills you– and he will kill you– the game flashes forward several years and starts over, only this time you play as your hero’s son. The son retains all of the experience and equipment that you earned as his father, but the monsters keep pace, leveling up and using new attacks as you progress. This cycle continues until one generation of your hero’s bloodline finally defeats the God King.

It would be better to call Infinity Blade an action game with RPG elements. But it’s not a traditional action game, either, because you can only walk to certain spots in the game world. These spots are indicated by glowing blue circles, and they lead you on a mostly linear path to the throne room. When you tap a circle, you see a cut scene of your character walking to that location. Once you reach it, you can move the camera to look around, but your feet are rooted to that spot until you tap another blue circle to move on. Admittedly, this sounds like it would sap the fun right out of the game; but it doesn’t, largely because the sword fights provide all the action you could ever want.

There’s no way to avoid fighting the God King’s minions: They block your path and won’t budge until one of you slaughters the other. When you engage in a fight, the camera swoops in cinematically and finds a view that both looks great and gives you a perfect angle on the action. Because of many of the monsters’ sheer size, we were often reminded during the fights of PlayStation 2’s Shadow of the Colossus.

Another game like is Punch-Out. Generally, when facing off against an opponent, you wait for him to attack, then dodge, parry, or block it, and look for an opening in his defense. When you see one, you swipe at the screen and your hero slashes accordingly. Swipe up, for instance, and your character slashes upward. You can also execute combos, but since there’s no combo list it’s hard to tell when you’ve done one.

At your disposal, you also have special attacks and magic spells. A special attack simply lowers your opponent’s defenses, letting you hack away at him for a brief period of time– something that comes in very handy when you’re running out of health. The magic spells available include fire, ice, shock, poison, heal, and shield boost. To cast a spell, you tap the magic button and then draw a shape on the screen that corresponds to the spell you want to use. It’s simple and intuitive.

Much about the fights depends on what items you have equipped. You can get new items by finding them in treasure chests, picking up loot drops, or purchasing them from the store. What’s interesting is that every item has an experience meter, and when you kill an enemy you’ll receive experience points through your equipped items. All of these points count toward your character leveling up, but when an item’s experience meter fills up, you no longer receive points through it. This encourages you to keep trying new equipment as you play. Also cool is that your hero’s look changes drastically depending on what items you have equipped.

Although the fighting and equipment systems are completely separate, they feel like alternate sides of a single coin. The experience points you get from winning battles feed into your equipped items and bolster your stats, which in turn makes you a stronger fighter. When you max out your equipment, you equip new items that grant you different fighting abilities, which encourages you to adjust your fighting style. The way it all falls together is brilliant and highly addictive. It makes the gameplay feel fresh despite that you’re going through the same castle over and over again.

And while we had a blast playing through Infinity Blade, we couldn’t help but wish for more. The castle is surprisingly small, so it doesn’t take long to see every nook and cranny of it. Once you beat the God King, there’s not much reason to keep playing as the next hero in the bloodline or to start a new character from scratch. Also, one save file is all you get, so you can’t have two bloodlines going at once.

Those issues aside, we had a blast with Infinity Blade. Every inch of the game is drop-dead gorgeous: You’ve never seen character models with this level of detail move so realistically on the iPhone or iPad. And the music is sparse, creating the perfect melancholy atmosphere for your lonely hero. The silence also makes way for the sounds of battle: The clashing of swords and the grunts of the fighters make for a realistic and intimate audio backdrop.

Infinity Blade represents a milestone for how good games can look on your iPhone, iPad, or iPod Touch. Although the gameplay is limited, Infinity Blade is extremely fun and masterfully assembled. Any serious iOS gamer should grab this one up. 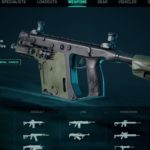 Submachine Guns in Battlefield 2042
Next Article 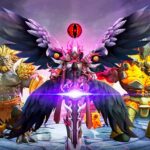